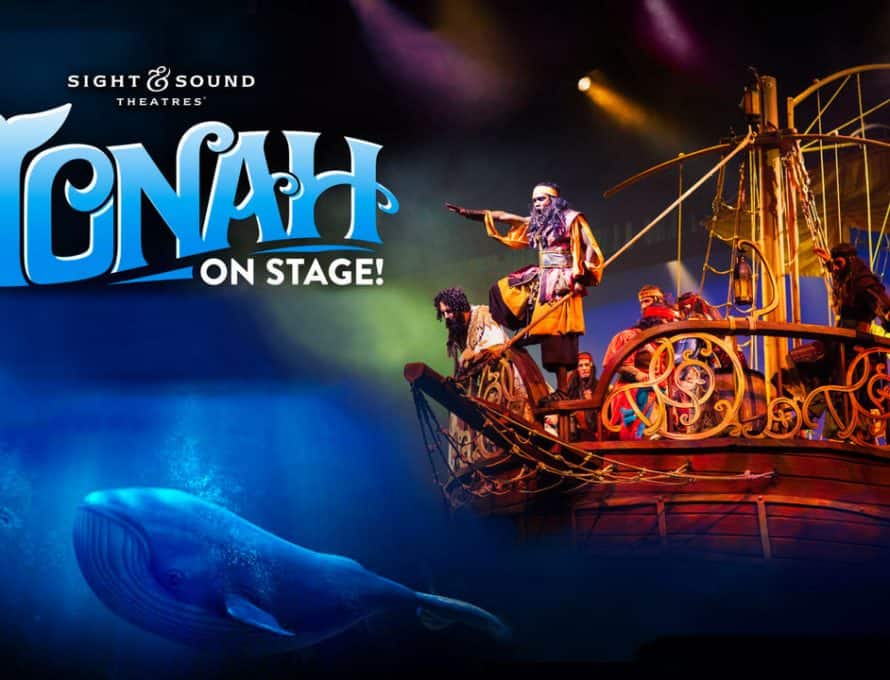 BRANSON – For more than four decades, experiencing one of Sight & Sound’s biblical stage epics meant a drive to Branson or Lancaster, Pa. But on May 2, all that is about to change when one of Sight & Sound’s musical dramas hits movie theaters nationwide for a special one-night presentation called JONAH: On Stage!

In addition to this incredible production, audiences will get an exclusive, behind-the-scenes look at the history of Sight & Sound Theatres, whose live stage shows have been seen by more than 22 million visitors worldwide.

“More than a million people come to see one of our shows every year,” Sight & Sound Chief Executive Officer Matt Neff said. “And now for the very first time, instead of audiences coming to us—we’re going to them.”

Neff said Jonah: On Stage! Is a jaw-dropping adventure for the whole family as one of the Bible’s biggest stories comes to life in this special event in select cinemas on Tuesday, May 2 only.

Filmed in front of a live audience at Sight & Sound Theatres in Lancaster, JONAH: On Stage! brings to life the journey of this lovable, yet stubborn prophet. This performance offers delightful humor, cinematic music, massive sets, amazing costumes and a breath-taking underwater scene featuring a huge 40-foot whale.

When God calls Jonah to offer mercy and forgiveness to the people of Nineveh, he runs straight … in the opposite direction. As is often the case, one bad choice leads to another and soon Jonah’s “get-away” ship is on the verge of destruction amidst a terrible storm. To save themselves, the ship’s crew tosses Jonah overboard … and into the waiting mouth of one ginormous fish.

But as Jonah discovers, God is always willing to offer anyone another chance.

The original live stage production Jonah debuted in 2012 at Sight & Sound’s theater in Lancaster then transferred to Branson for the 2014-15 season. An encore season in Pennsylvania runs this year, March through October 2017. It has been seen by more than 1 million people.

“Sight & Sound is here to engage the hearts and minds of our audiences with stories from the Bible,” Josh Enck, executive producer of the show and chief creative officer of Sight & Sound, said. “There’s tremendous demand for these shows, but not everyone can come to our theaters.”