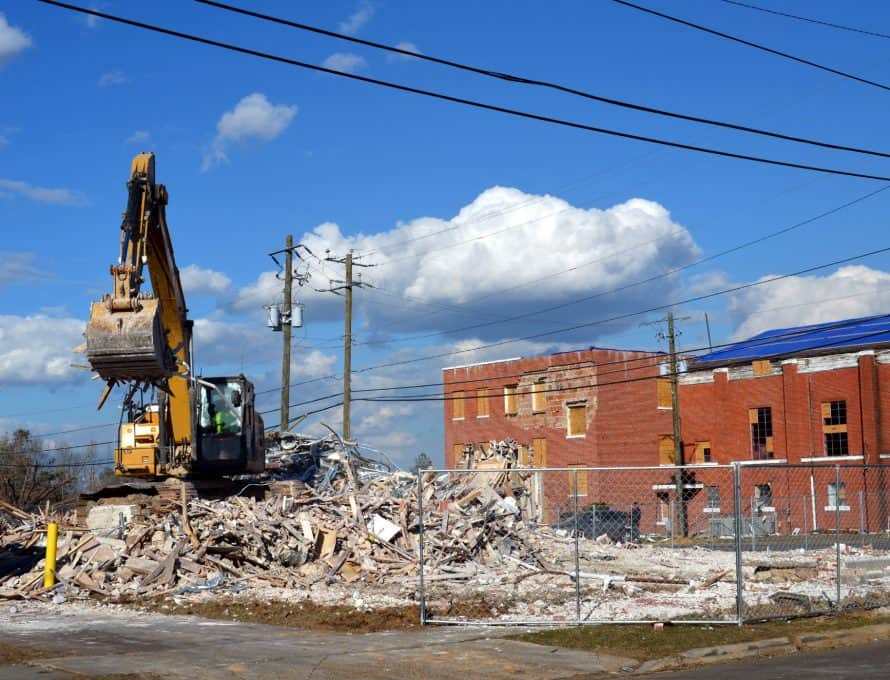 HATTIESBURG, Miss. (BP) — William Carey University will move students back to its Hattiesburg, Miss., campus and begin the spring trimester less than a month after an EF-3 tornado damaged nearly all of its 30 buildings Jan. 21.

Five buildings will have to be demolished, according to a Feb. 6 university news release, but “several classroom buildings” and housing for 739 students will open Feb. 20.

Amid the cleanup and rebuilding effort, 12 other colleges and universities either have made or plan to make financial donations to William Carey, the university told Baptist Press in an email. Six of those institutions are affiliated with Baptist state conventions that partner with the Southern Baptist Convention.

William Carey is affiliated with the Mississippi Baptist Convention.

“The support of sister institutions is a source of strength and encouragement to come back stronger,” William Carey President Tommy King told BP in written comments. “Prayer support, as well as financial and student assistance will make a huge difference. I have heard from many other institutions that plan to send support.”

Among the institutions contributing is Union University in Jackson, Tenn., which suffered massive tornado damage of its own in 2008.

Union will collect financial donations for William Carey at all remaining home basketball games this season and on least three other occasions, Union told BP in an email. Union President Samuel W. “Dub” Oliver will visit William Carey in March and present the university with a check.

“From the moment we heard about the tornado at William Carey, we began praying,” Oliver told BP in written comments. “Having experienced the devastation of a storm such as this, all of us in the Union University community immediately began reaching out to colleagues there.

“We have shared information and ideas, answered questions and been available should there be any need for further assistance. And, we will work shoulder to shoulder with them as they rebuild,” Oliver said.

Anderson University in Anderson, S.C., has made William Carey a campus prayer emphasis, is collecting donations for the rebuilding effort and plans to send a disaster relief team to help.

Wes Brashier, Anderson’s vice president for Christian life, told BP, “We at Anderson University realize that our Christian community is part of a much larger Christian community of believers. We want to be the kind of people who reach out to our brothers and sisters in a time of need because we believe that’s what the Lord would have us to do.”

King told the Hattiesburg American that William Carey will not accept any federal funds during its rebuild in order to speed the process and avoid any restriction of Christ-centered programs that could accompany acceptance of government money.

Of the five buildings designated for demolition, two already have been razed — an anatomy lab building associated with the College of Osteopathic Medicine and an art gallery/apartment building. Two dormitories and the administration building are slated for demolition.

More than 700 pieces of artwork from the campus have been saved with help from the Lauren Rodgers Museum of Art in Laurel, Miss., local ABC and NBC affiliate WDAM reported. Some of the same pieces were saved in 2005 following Hurricane Katrina.