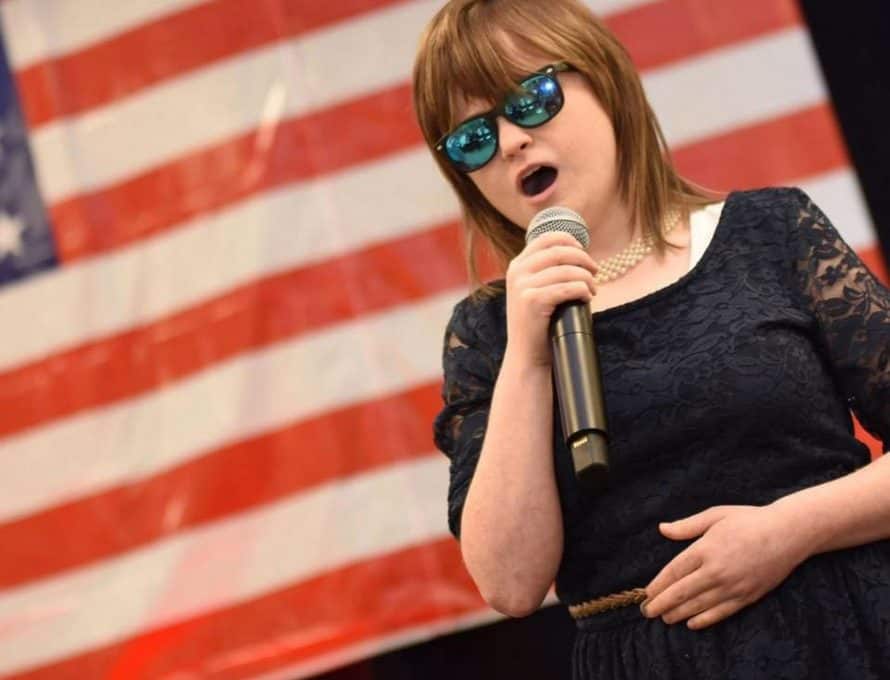 PAINTSVILLE, Ky. (BP) – A petite, young Kentucky Southern Baptist with a big voice will take perhaps her grandest stage yet when she performs at the presidential inaugural concert.

“Whoo! I’m excited,” said Marlana VanHoose, who is a member of Liberty Baptist Church near Paintsville.

At little more than 4-feet-tall, VanHoose has led tens of thousands of sports fans at lots of venues in singing the national anthem since she first appeared center court at a University of Kentucky women’s basketball game in 2012. Her rendition of “The Star-Spangled Banner” received thunderous applause from delegates at the 2016 Republican National Convention in Cleveland last July.

VanHoose, 21, planned to switch things up a bit for the concert on Jan. 19 by singing “America the Beautiful.” Her stage this time will be the Lincoln Memorial in Washington, D.C. Her a

“My big dream is to travel all over the world and inspire people and encourage people and lead them to Jesus,” VanHoose said, “because people need help.”