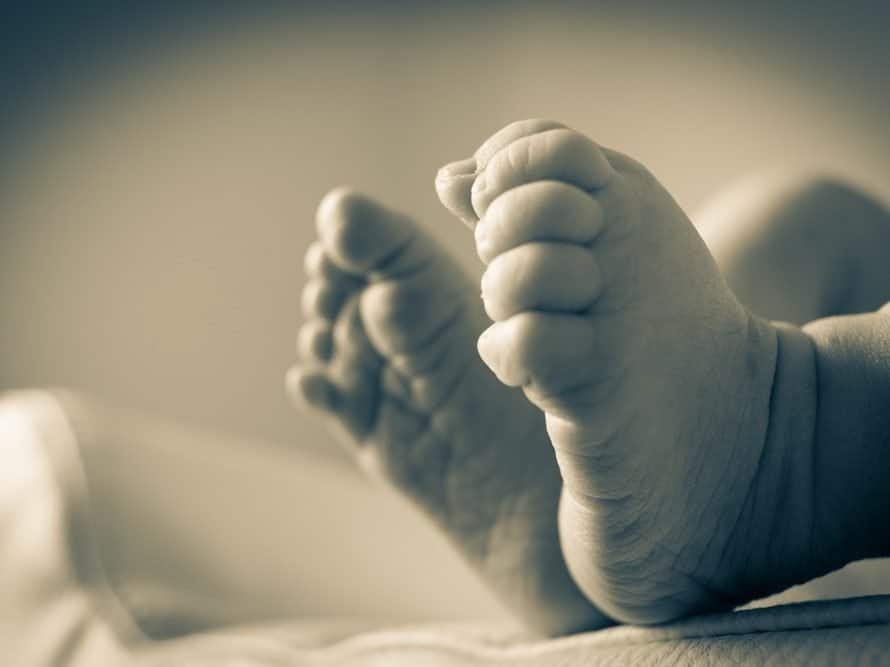 Science has long since outstripped the infamous Roe v. Wade decision of 1973. On Oct. 11, 2016, Oxford University released a study indicating that a baby’s heart begins to beat around the 16th day after conception. By using lab mice, they confirmed that the hearts of baby mice start to beat in 7.5 days. Then, extrapolating to the human anatomy, a baby’s heart begins beating on the 16th day, providing oxygen and nutrients to this living person. The unborn child has his or her own DNA and blood type. But our culture would have us believe the myth that it’s just a glob of cells (Onenewsnow.com, Oct. 16, 2016).

How can citizens of this great land, founded on laws that have their root in moral righteousness, be so broken in our thinking that approximately 60 million children have died from surgical or chemical abortion? Unless one’s mind is seared from the avalanche of amoral messaging generated by broadcast media and educational institutions, the reality is inescapable.

Dr. Robert Jackson, a family physician in Spartanburg, S.C., told of an event in his practice where he informed a young cheerleader, church youth-group leader, college-bound seventeen-year-old that her pregnancy test was positive. He said she wept and so did her mom. Then the mother exploded, “She is not going to have this child. Tomorrow we are going to the abortion clinic where she will abort this child!” Without hearing a single word of the physician’s appeal to save the life of the child, the mother stormed out of the room.

Jackson reported on that day that he witnessed a Bible teacher “jettison her convictions and sacrifice her own grandchild on the altar of her daughter’s popularity and academic pursuits.” Then he asked the most uncomfortable question, “What happens to many of us when we are faced with difficult social dilemmas?  We allow our circumstances to dictate our theology rather than allowing our theology to dictate our response to difficult circumstances” (The Courier, January, 2017. Page 4).

Wise counsel from a godly physician who cares for women and their children.

What can a church do to fortify the faith and convictional courage of the people being discipled through its ministries? Five things every church can do to halt the holocaust:

1. Celebrate Sanctity of Human Life Sunday, Jan. 22. The SBC schedules a special day the third Sunday of every year to remind Southern Baptists about the purpose of God for every human life. It is also a time to mourn the loss of millions of little children and face up to the circumstances their mothers must have faced that drove them to such a horrific decision. The pastor or his invited guest needs to speak with biblical authority on this subject on this special day. Invite the Missouri Baptist Children’s Home or other related organizations to set up an exhibit about their work with crisis pregnancy centers and foster care.

2. Teach your children about the value of every human life. Explain to them the uniqueness of God’s creation of people and His purpose for every person, no matter who they are or what they might have done or what their ethnicity. Use Psalm 139 as a primer to help them understand God’s purposefulness. Remind children that all people matter to God, and it doesn’t matter if the person is in “Mommy’s tummy” or in a wheel chair at a nursing facility. God loves every person and so should we. Organize younger adults with children to throw a party for senior adults so that children can interact with them. Or ask some veterans to tell their stories about how they were willing to defend life when it was threatened by hostile governments.

3. Use the Missouri Missions Offering and your church’s giving to the Cooperative Program to support the Missouri Baptist Children’s Home. Very few children’s home ministries are as extensive as the work of this ministry supported by Missouri Baptist churches. The MBCH has crisis pregnancy centers, adoption and foster care training and support, housing and training for unwed moms, protection and help for sexually exploited women and children, and several other ministries that are too numerous to name. Celebrate that every MBC affiliated church is part of these great life-saving ministries through the CP and MMO.

4. Encourage, facilitate, and celebrate adoptive and foster families within your church.  Every Missouri Baptist church needs at least one foster family, and the church needs to wrap their arms around these families in love and acceptance. The need is simply overwhelming with more than 13,000 Missouri children in the foster system. God’s people have the solution to this problem because of the love, forgiveness and acceptance we received through Christ.

5. Be involved as a volunteer in a local crisis pregnancy center. Many of these non-profits were launched by our churches in consultation with our MBCH. They operate with very little resources. As a pastor, the two I have had the privilege of helping start in other states began on our knees in prayer as a faith ministry with multi-skilled hard working volunteers who loved people. I might add, these centers not only minister to women in crisis, they are also amazing opportunities for gospel witness.

Yes, science has corrupted the rationale that the Supreme Court used to decriminalize elective abortions and eventually the infamous decision will be overturned. However, more than ever before, people need our help and love to walk through the tough dilemmas of life. As a child of the King of kings, you can be a voice in your workplace, schoolhouse and community for the voiceless innocents. Let your light shine brightly for the truth with great compassion for the people He has created, no matter where they are on the spectrum of life—from the womb to the tomb.