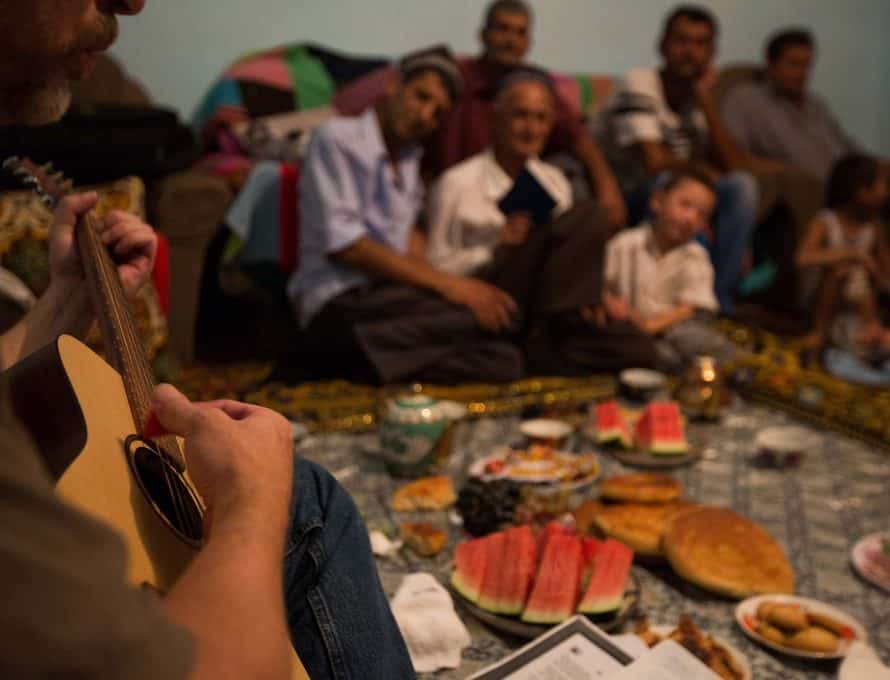 Christian worker Gary Warrior (name changed) leads praise songs and teaches a Bible study in a national's home at night. Providing clean water to communities gives Warrior and his team a welcome reception in people’s homes, and they are often open to the message of the gospel. IMB Photo

JEFFERSON CITY – A chill is in the air, and that means carols, pageants and the Lottie Moon Christmas Offering for International Missions. The Missouri Baptist Convention (MBC) has set a goal of $4 million for 2015, working out to about $7.60 per Baptist Church member and a little over $2,100 per Baptist church in Missouri.

The nation-wide goal is $155 million, down $20 million from last year. The state goal is a the same as 2015’s. Last year, Missouri Baptists dug deep and surpassed that goal, giving $4,244,074. As a whole last year, Southern Baptists gave 165.8 million, the highest total in the 127-year history of the offering.

Each dollar seems to take on more significance this year, with Lottie Moon season coming just months after the International Mission Board (IMB) announced it was cutting 600-800 positions as the result of budget shortfalls.

According to the IMB’s statistical data, there are 4,743 people groups that are not engaged with the gospel at all, and 6,426 “unreached” people groups with less than 2 percent professing a personal relationship with Jesus Christ. More than 1.7 billion people still have no or little access to the gospel.

Every penny of the offering goes to the IMB’s overseas budget, thus supporting missionaries and their work. Lottie Moon funds represent 58 percent of the IMB’s budget, the rest coming from the Cooperative Program and other gifts. The 2015 theme is “Because of Who He Is,” and the designated Week of Prayer is Nov. 29-Dec. 6. Churches can order or download promotional matireals at www.imbresources.org, or at www.mobaptist.org/wmu/lottie/. Churches can also contact the MBC directly at 1-800-736-6227.

Lottie Moon was a Southern Baptist and 39-year missionary to China. She died aboard a ship in the Japanese harbor of Kobe on Dec. 24, 1912. She was 72.