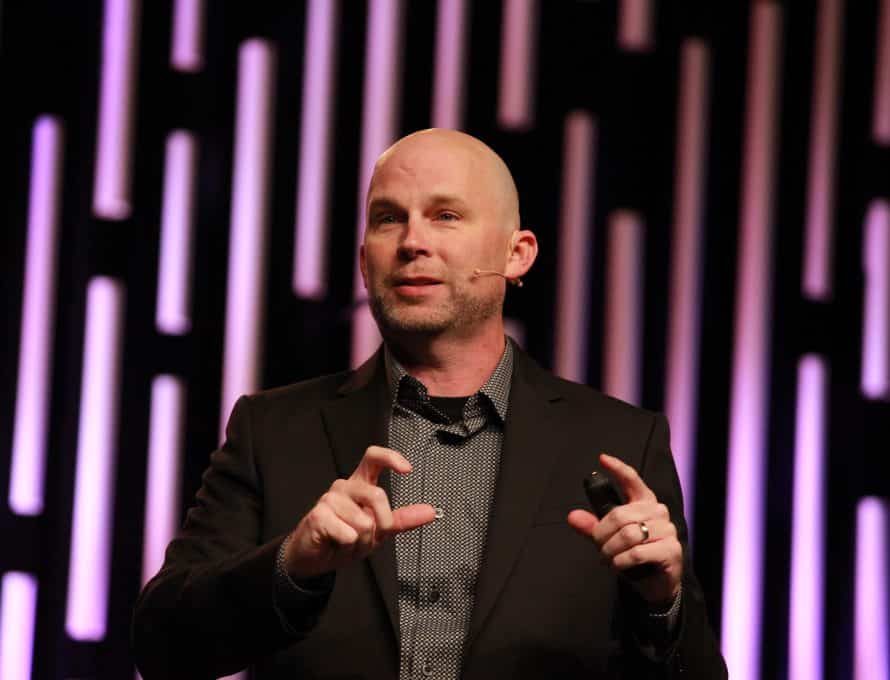 ST. CHARLES – Missouri Baptist Convention President Neil Franks spoke to the convention during the opening session of the MBC annual meeting, Oct. 24. He urged messengers to push back to “real reality.” Franks is the pastor of First Baptist Church, Branson.

He took the platform with his smartphone in hand and wandered around with a gleeful facial expression exclaiming “Who would have thought there would be this many Pokemon at this convention!”

PokemonGo is a video game with a smartphone app which uses what is called “augmented reality” to portray the Pokemon character simulations in conjunction with the smartphone’s video and GPS location services.  Characters appear on the smartphone screen as if they were in the same real-world location as the player.  Users wander around public places and take control of these Pokemon with their smartphones.

Messengers either laughed at the gag or looked confused.

The convention president went on to explain the concept of “augmented reality.” The line is kind of blurred between what is real and what is generated by the computer technology.  He mentioned several other technologies where printed text can be translated into a different language by taking a picture with the smartphone app.

Then, to the delight of the crowd, Franks, demonstrated his own new smartphone app “still in development.” On the big projection screens a shot of a messenger was shown. Then Franks placed a virtual wig and some sideburns on the unsuspecting man.  He then turned the cameras on himself and put on an augmented reality clown wig with a rainbow of colors.

He then observed “This pushes us back to ‘real’ reality.”

He then asked messengers to turn to II Kings 6 where he told the story of Elisha being used of God to do some amazing works.

Elisha, a great prophet for the Lord, was protecting the King of Israel from the enemy King of Syria and his army.  He notified the Israelite King of an impending threat from the Syrian king.

The Syrian king asked his subordinates who was tipping off the Israelite King of their threats. It was reported that Elisha the prophet was able to report even conversations the Syrian king has in his bedroom.  The Syrian king sent a contingent of soldiers to capture Elisha.

When Elisha’s chief servant saw the mounted army surrounding their camp at the place called Dothan, he was very afraid.  He said “Alas, my master! how shall we do?”

Franks then looked at the crowd and personalized this Bible story as he said “Pastor, don’t say ‘alas.”

He continued, “Let your people say ‘alas’ but don’t you go into the pulpit to say ‘alas.”  Instead he gave the prophet’s Elisha’s advice, “Those who are with us are more than those who are against us.”

“Don’t get caught up in the ‘augmented reality” of the situation. Alluding to the PokemonGo fad, he urged the messengers to see the situation in it’s ‘real reality” not perceived threat.

Franks then concluded the story telling how the young servant of Elisha was then directed to look up to the mountains above Dothan and see the mountains full of horses and great chariots of fire all around Elisha.

The preacher then reiterated “Pastor, quit saying ‘alas.’ Things are not falling apart. They are falling into place.  We are ambassadors of another Kingdom.  We are having our eyes opened so that we may see another reality.”