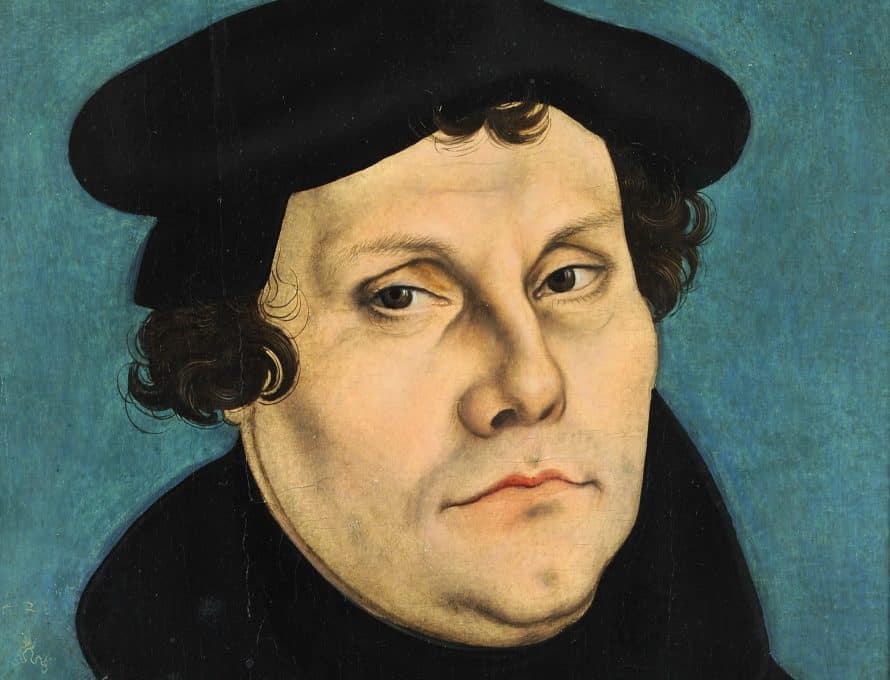 One of the objectives of The Pathway is to help our readers more deeply understand and “earnestly contend for the faith which was once for all delivered unto the saints.” Through our columns and articles we strive be a word of encouragement and enrich our readers’ walk with the Lord. It is with this mind that The Pathway launches – in this issue – a year-long observance of one of the greatest events in world history – the Protestant Reformation.

On All Saints Day, Oct. 31, 1517, an Augustinian monk and university professor named Martin Luther nailed a document known as “95 Theses,” or questions, to the Wittenberg (Germany) University Cathedral door. Someone swiped them, had them printed and distributed throughout Germany. The result was a theological and cultural explosion that would impact the world until this day.

Luther took his action in protest against the Catholic Church selling “indulgences,” a payment to the Catholic Church that purchased an exemption from punishment (penance) for some types of sins. People could not get an indulgence to excuse a murder, but they could get one to excuse lesser sins. The customers for indulgences were Catholic believers who feared that if one of their sins went unnoticed or unconfessed, they would spend extra time in purgatory before reaching heaven or wind up in hell for failing to repent.

Luther launched his protest because he felt the Roman Catholic Church had become too theologically corrupt to provide people with the guidance they needed for salvation. Luther maintained people could seek salvation on their own without relying on priests. The Pope condemned Luther and excommunicated him. The Holy Roman Emperor found him guilty of heresy at a religious trial in the city of Worms (Germany) in 1521. When Luther refused to back down, he became the Reformation’s moral leader.

Along with the religious consequences of the Reformation, came profound political and cultural changes. It strengthened the universities in Europe (previously many Catholic monks were uneducated and led the people astray), inspired beautiful music for the church led by the masterpieces of Johann Sebastian Bach and gave rise capitalism like that of the Dutch Calvinist merchants.

Still, the most significant impact of The Reformation was on the church. Luther’s protest against the Catholic Church’s view of “works” for salvation was fueled by his understanding of Scripture and the doctrine of “justification by faith.” This also sparked a reaffirmation of “Scriptural authority,” that Scripture alone is the inerrant rule of the church’s life. Gutenberg’s invention of the printing press contributed to Luther’s views being widely read. Like a raging fire they swept across Europe, sparking similar movements in the church led by Huldrych Zwingli, John Calvin, William Tyndale and others.

Among the gifts to the church that emerged from the Reformation are the so-called “solas” (Latin for “only”):  sola Scriptura, sola fide, sola gratia, solus Christus, and soli Deo Gloria. Southern Baptist leaders joined other denominational leaders from around the world in affirming the “solas” by signing The Cambridge Declaration in April 1996. It is important to understand the “solas” are not traditions passed down, but rather essential doctrines of the Christian faith. So what does each “sola” mean?

• Sola Scriptura means “Scripture alone,” that the Bible is our ultimate authority – not the pope, not the church, not any traditions of the church, not church councils or personal subjective feelings.

• Sola fide means “faith alone.” It is the doctrine that believers are justified by God through faith, not of works. Luther called justification by faith the doctrine by which the church stands or falls.

• Sola gratia means “grace alone.” Salvation is by grace alone. God owes us nothing, and there is nothing we can do to save ourselves. We are saved by God’s grace, only because it pleases Him to do so.

• Solus Christus means that salvation is by and through the work of Jesus Christ alone. Jesus did it all on the cross and there is no amount of works we can do to obtain our salvation.

• Soli Deo Gloria sums up the other “solas” in this motto which means, “to God be the glory forever.”

Luther and other Reformation leaders rescued the church from heresy by affirming the truth of God’s Word. Given the challenges facing society, we would be wise to do the same and obey. So The Pathway – in every issue for the next year – will mark events as the Reformation unfolded, culminating with the celebration of its 500th anniversary on Oct. 31, 2017. We hope you will be blessed.