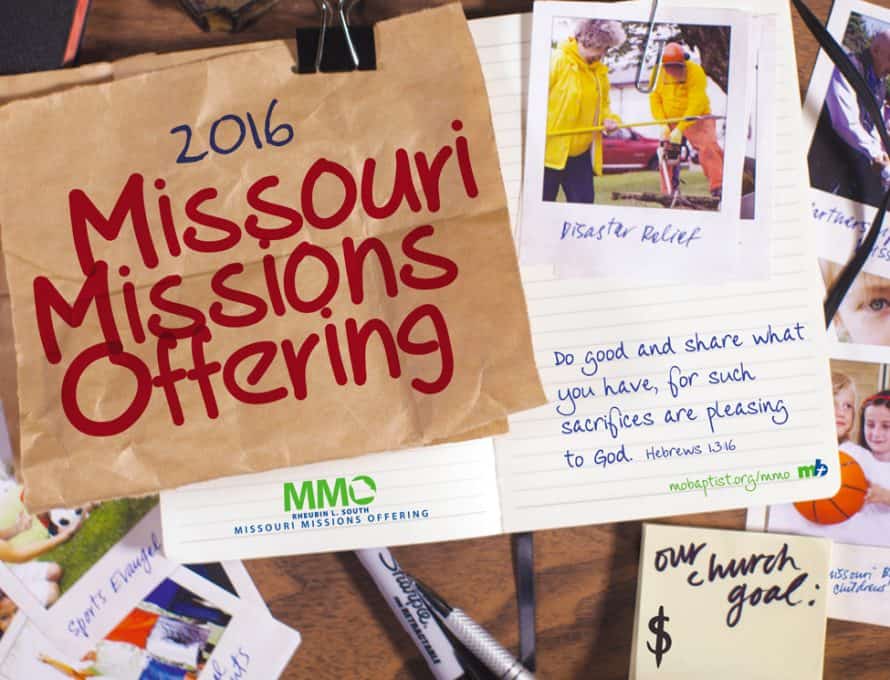 JEFFERSON CITY – Missouri Baptists throughout the state will highlight the Missouri Missions Offering during the month of September.

The scriptural theme for this year’s MMO emphasis is Hebrews 13:16: “Do good and share what you have, for such sacrifices are pleasing to God.”

The gifts of Missouri Baptists through MMO stay in Missouri and support a multitude of ministries tied to the MBC’s mission of making disciples, multiplying churches, and developing leaders.

In addition, 17 percent of MMO receipts support the Missouri Baptist Children’s Home, and another 10 percent is returned to the associations from which the gifts originate.

Projects for 2017 allocation include:

These projects complement Cooperative Program ministries but are not funded directly through CP giving. To learn more or to find MMO promotional videos and other resources, go to mobaptist.org/mmo.