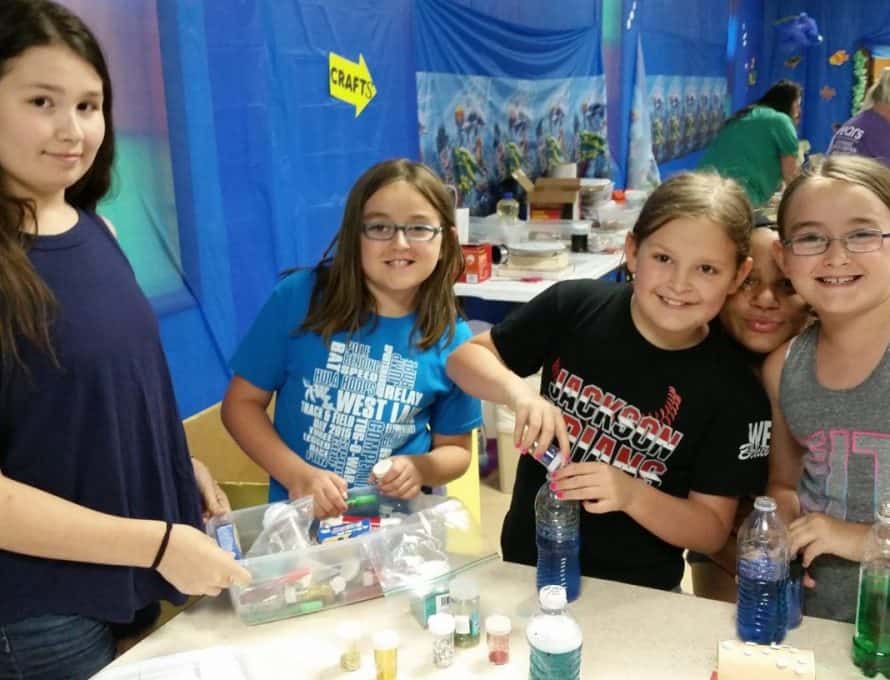 BURFORDVILLE – The Burfordville Baptist Church is seeing evidence of the Spirit of God.  In the last two months, they have seen eleven adults and children come to know Jesus.

“We have a small church of faithful folks,” Bryon Kindle, pastor, said.  “They volunteer to help me, so I can preach.  I’m faithful to preach the Word of God and that is the power.”

Kindle said VBS paid a significant role in the decisions made for Christ.  “Ms. Ashley brought her children to VBS,” he said, “and family night was her first time in the church.  I shared the gospel   She didn’t accept Christ at that service, but the next Sunday, I barely started the invitation and she came running to be saved.”

Four young people came to Christ during VBS, Kindle said.  He said three of the four were crying because of their sin and they were asking Jesus for forgiveness.

“I’m very thorough in going over the gospel,” Kindle said.  “I don’t do the sinner’s prayer or have people raise hands.  I take the folks aside to talk with them.  I never want them to have a false assurance.”

Kindle said Burfordville sent invitation fliers with Lifeway to attract families to VBS.  “We sent about 300 fliers targeted to families within a five-mile radius of the church,” he said.  “About 80 kids attended our VBS and several mentioned the fliers.”

“We’ve kept those families,” he continued. “When they come, they can see the love of Christ for them.”

“On Sunday, before service, we serve a hot breakfast,” Kindle said, “And on Wednesday night, we feed the children a hot dinner before our Kids Bible Club.  We had twenty-five kids the first night.”

According to Kindle, the congregation is growing and being refined in the Spirit.  “We are talking about denying our self and carrying our cross and offering ourselves as living sacrifices.”

“People need to understand that the Word of God is powerful,” he said.  “It is not a program or a personality.  Faith comes by hearing, hearing the Good News about Jesus Christ.”

Kindle related a story about a lady who came to witness a friend’s baptism.  “She belonged to another denomination and she wanted to talk about becoming a Christian. ‘My pastor hasn’t talked about salvation,’ she said.  She hasn’t accepted yet, but she said we gave her something to think about.”