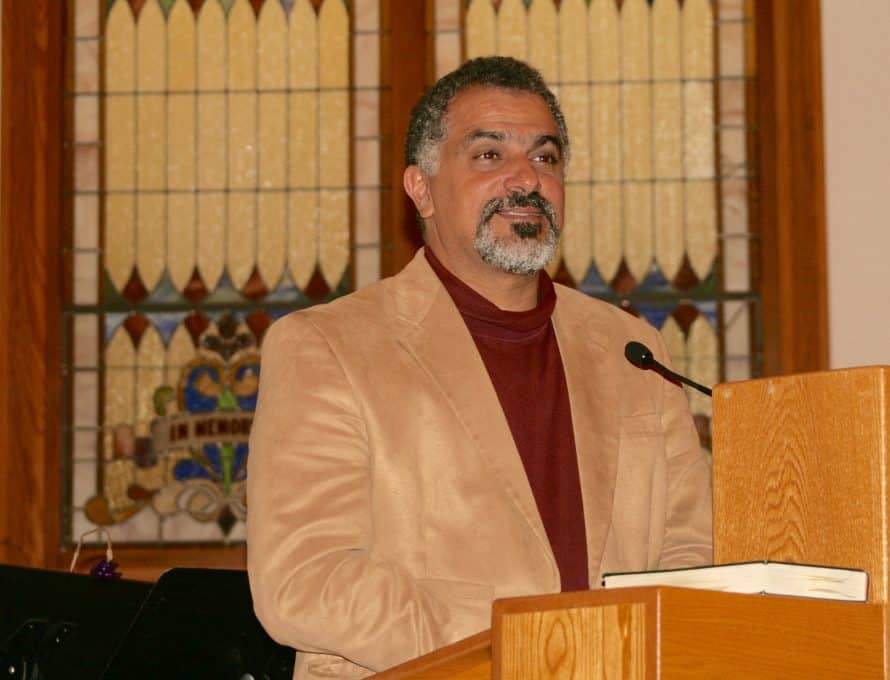 Muslims are being reached in the Middle East, in part by the work of a Baptist and former Muslim, Mohammad Yamout.

Yamout is unabashed in his faith in Jesus Christ, which he found in a Beirut Sunday School class. Lately, he is reaching Muslims with the gospel.

“God put a fire in my heart for the Muslim world. I didn’t want to do it. I was content being a businessman, but Big Daddy always wins,” Yamout told a gathering from Mt. Salem-Wyaconda Southern Baptist Association Churches May 9.

Yamout is a church planter for Horizons International with outreach centers in Tyre and Tripoli (the latter opened in April, 2016), Lebanon, one in Jordan, and one in war-torn Syria. Plans are being made for an outreach center in Egypt and in Turkey where the gospel is banned. Attempts to close the Jordanian centers have been unsuccessful.

“God is able to save the Muslim people. The Bible is clear – love the enemy. If you want to obey God’s word, you have to love these people. The door is open for churches to evangelize Muslims.

“God says ‘I Am that I Am,’ but the churches don’t believe I am,” Yamout said. “In the past, 500 people shook the Roman world by living for Christ. God’s word is the most important thing we can share. It changes us if we let it.

“God led me to start a work in Tyre. Jesus once visited there and Paul was there. The Gospel was the light. God is saying go reclaim the light. We planted a church right next to a mosque by God’s grace.”

In quoting part of Revelations 3 to the church of Philadelphia, Yamout said: “God always sets open doors, and like the disciples, we try to close them – being entangled with the ways of the world, being selfish, not having time, Christians have the greatest love story on earth. Jesus was always doing things to love on people.”

“We worship the unholy trinity – me, myself, and I. Love open doors. Love is not natural. We have to intend to love. God loves dirty vessels, but uses vessels after he cleans them. If you want to be used by God, be holy.”

Yamout said humans “worry about their earthly status while God is more concerned about our Heavenly status.

“Your hands are too short to box with God. God knows you are weak. It’s not about you, it’s about him. When God opens doors, don’t think of yourself, think of Him. Never forget that you are flesh.”

Yamout reiterated God’s eternal sovereignty: “With all the technology, man still has to stand before God. Man can’t stop disease or natural disasters.”

Of the Revelation church of Philadelphia, Yamout noted God said they kept his word, and they didn’t deny God’s name.

“Don’t argue with God. He knows what he is doing. Your job to love people and receive them. You can’t be used of God if you are ashamed of his name. My name is Mohammad, but I am not ashamed of the name of Jesus. God is the living God. All other gods are dead. (Regarding Islam) Why are we afraid of something that is dead?”

“Hundreds of Muslims are coming to hear the message of Jesus Christ. It’s a great time in history for the Muslim world. In the wars, the Muslims are suffering. Because they suffer, they come to church. The Romans did much worse than ISIS, yet they knelt before Christ.”

The outreach centers, in addition to worship, offer tanks of drinking water, eyeglasses, food, and Bibles.