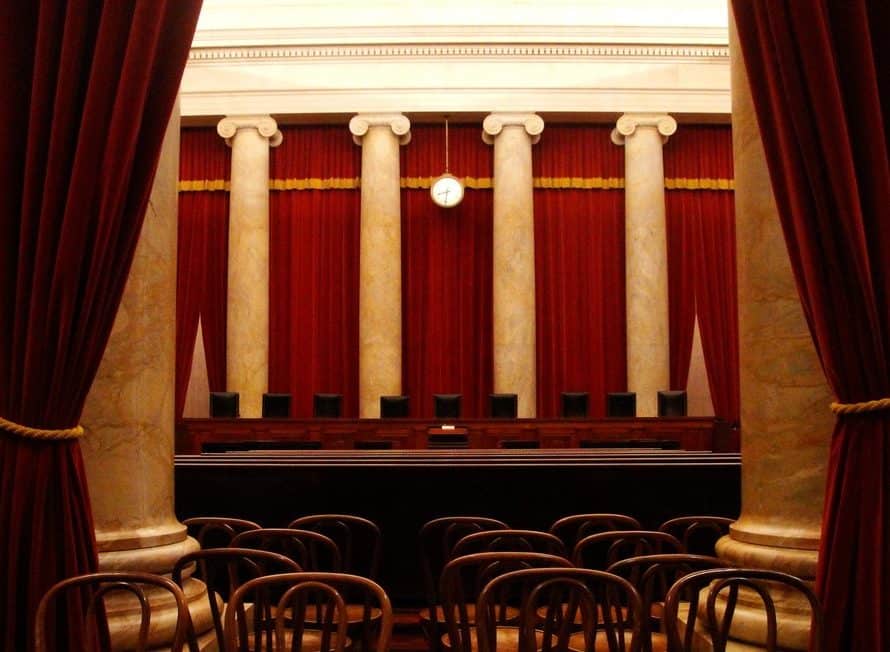 “We hold these truths to be self-evident, that all men are created equal, that they are endowed by their Creator with certain unalienable Rights, that among these are Life, Liberty and the pursuit of Happiness.”

– Second paragraph, Declaration of Independence of the United States

In one 48-hour span, the U.S. Supreme Court threw “Life” and “Liberty” under the steamroller of political correctness. Instead of interpreting the law, the Court advanced a political social agenda that grieves the heart of God and convictional followers of Christ.

On June 27, SCOTUS determined a Texas law to regulate abortion clinics just like every other medical surgery clinic in the state was unconstitutional and impeded a woman’s right to end the life of her child. What an incredible statement! The right – the right to terminate the life of her child. Have we lost our minds in a civil society that we throw health standards under the bus so that a child can be exterminated? Isn’t that something like the Nazi fascists did with unwanted people?

Health regulations are vital to modern society. They keep people healthier and prevent a small minority of greedy, unethical medical practitioners from using their skills to make their luxury car or boat payments at the expense of women in crisis.

I lived in Louisiana when the Pennsylvania abortionist Kermit Gosnell was arrested for despicable crimes against children in his filthy abortuaries. During those days, I learned from the Louisiana Secretary of Health that he was closing two abortion clinics because their facilities were so filthy they could not even pass inspections necessary for veterinarian clinics.

On Monday before this “ruling” came down, I read a column by a friend of mine that told about an abortionist in St. Louis publically admitting that she terminates as many as 31 yet-to-be-born children every day. She added in an article in Marie Claire magazine that she flies once a month to Wichita, Kan., to do abortions in the clinic formerly owned by George Tiller, who was notorious for taking the lives of late-term children in the womb.

Within hours and over the dissent of justices Alito, Roberts, and Thomas, who expressed concern for the future of religious liberty claims, the Supreme Court on June 28 declined to take up a case brought by the owner of a pharmacy and two pharmacists who objected on religious grounds to dispensing abortifacients.

The Stormans family challenged a Washington State regulation that mandates a pharmacy may not “refuse to deliver a drug or device to a patient because its owner objects to delivery on religious, moral or other personal grounds.”

A federal appeals court held the Washington regulations did not violate the First Amendment. So the family must close their pharmacy or violate their convictions.

This very week, we learn about a church in Iowa in trouble with that state’s Civil Rights Commission because they still consider gender segregated restrooms a good idea. So the nation’s highest court fuels the continuing debate about human dignity and religious liberty in opposition to the large thumb of government power wielded by those who consider biblical morals irrelevant.

Oh God. It is You who made us. Forgive our nation’s arrogant worship of licentious behavior.

This phrase has nothing to do with “Let’s party now!” The Founding Fathers understood this phrase in the context of commerce. In other words, it was the right to do business and prosper without the heavy-handed taxation and regulation of the English crown.

Do you not find it amazing how quickly our nation is slipping into an abyss of government overreach into the private lives and commerce of people? The Framers of our basic rights understood that the more government controls one’s private commerce in one generation, the more government’s control grows exponentially with the next generation.

It is possible that without reform by prudent, honest, God-fearing leaders the gift of American prosperity is lost into the ooze of regulation, litigation, and political correctness.

So how does one push back this madness? God’s people must do their duty to be authentic citizen Christians. How do we do that?

1. Be honest and authentic about who we are in Christ. We practice the presence of our living Lord every day, everywhere. To be anything short of that makes us self-righteous hypocrites. Our conversations, lifestyle principles, and spending habits must reveal that we are “peculiar” compared to most others. We are people on a mission to bring the aroma of the person of Jesus into every life situation.

2. Be willing to work with others to help those in need. The young pregnant woman is in crisis. Instead of being lured into a clinic to terminate her child, what happens when she encounters someone who cares for her and her baby? Crisis pregnancy centers operated by or partnered with Missouri Baptist Children’s Home are one of the many ways Missouri Baptists cooperate to demonstrate compassion. You can volunteer, pray, or give.

3. Be willing to help someone foster or adopt a child. Our state’s foster system is overloaded by the brokenness of our culture. The church has the answer. Every church needs someone trained to be foster care parents. If no one is young enough in your church to qualify, then help another church in your area with prayer and financial support.

4. Take the initiative to discover someone different than you to love in the name of Jesus. Could be someone who is generationally, racially or circumstantially different. The way to overcome all that divides us is for God’s people to reach out and love people who are not yet in our circle of relationships.

5. Cry out to God—Plan now for Sunday, Sept. 11, to set aside time in every worship service offered by every church in Missouri to cry out to our God for a spiritual awakening. Only He can do in a moment what would take us 100 lifetimes to do.