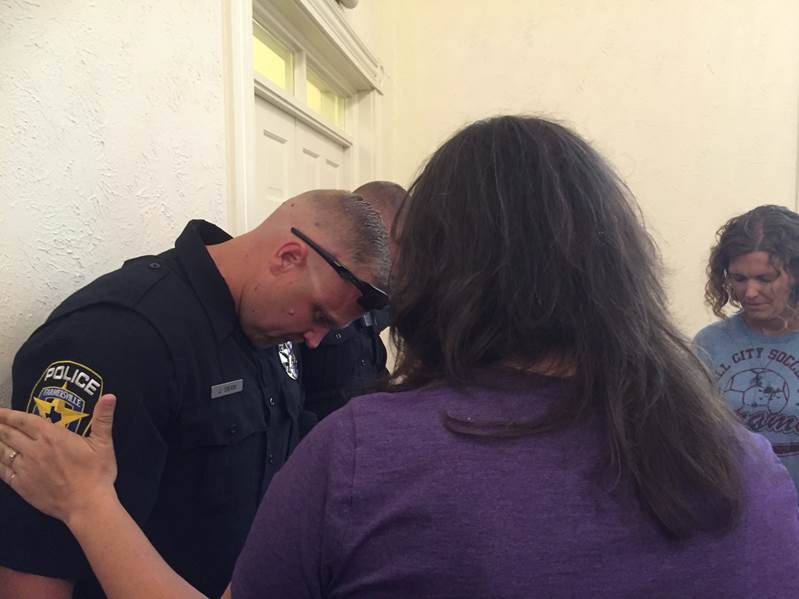 If there were ever a time to pray for America’s law enforcement officers, surely it is now. It was heartbreaking to witness the anguish that has engulfed the city of Dallas following the murder of five of the city’s police officers. Ironically, they were murdered by a racist gunman while they were protecting the First Amendment rights of citizens who were protesting against them and law enforcement in general.

Americans seem to have lost all sense of proportionality. Yes, there are rogue cops of all stripes and they need to be weeded out and punished. But there is no question that the overwhelming majority of America’s law enforcement officers are community servants who put their lives on the line to keep us safe. I suspect every one of us could share a personal story about the outstanding service our law enforcement officers routinely provide. It has always been that way, whether it was Missourian Wyatt Earp guarding the streets of Dodge City or The Untouchables dealing a blow to the Chicago mob.

The service our law enforcement officers provide to society is often accomplished under extreme stress, a subject thoroughly explored in Joseph Wambaugh’s 1971 novel, The New Centurions. Wambaugh’s novel took its inspiration from his experiences as a member of the Los Angeles Police Department. Wambaugh examined the impact stress had on law enforcement officers working in the minority communities of Los Angeles in the 1960s. The novel culminates with the Watts riots in August 1965.

Wambaugh witnessed the racial tension that reached a breaking point after two white policemen wrestled with a black motorist suspected of drunken driving. A crowd of spectators gathered to watch and soon grew angry by what they believed to be racially motivated abuse by the police. A riot ensued and quickly spread over a 50-square-mile area of South Central Los Angeles, looting stores, torching buildings, and beating white people as snipers fired at police and firefighters.

We must not let Dallas, St. Paul, Minn., and Baton Rouge, La., lead us to a similar catastrophe. Violence begets destruction and misery. It took the assistance of thousands of National Guardsmen to restore order in Los Angeles in 1965. The five days of violence left 34 dead, 1,032 injured, nearly 4,000 arrested, and $40 million worth of property destroyed.

This is why God ordained government – along with the Church and the family – as the only institutions bearing that distinction, according to Scripture. We are reminded in Romans 13:4 that God established government to punish evildoers and that government does not bare the sword in vain. Law enforcement officers are a part of that system.

Wambaugh’s novel took its title from the law enforcement officers in the New Testament: Roman soldiers called centurions. They were non-commissioned officers responsible for drilling the 100 men under their command. One Roman leader noted how centurions displayed a “deliberative approach, constancy, and strength of mind,” characteristics still held by most law enforcement officers.

Warfare for the Roman army was largely confined to the frontiers of the empire. The centurions were usually left behind to handle police duties, like guarding prisoners (Acts 23:17, 24:23). It was a centurion who supervised the execution of our Lord (Matt. 27:54; Luke 23:47), and when he saw the wonders attending it, exclaimed, “Truly this man was the Son of God.”

The centurion of Capernaum (Matt 8:5-13; Luke 7:1-10) was in Herod’s army. He was clearly a God-fearing Gentile. His reference to being under authority and expecting complete obedience from his men characterizes his position as a man wielding authority derived from his superiors.

Centurions also cared for the well-being of others. A centurion came to Jesus in behalf of his servant, who was paralyzed and “dreadfully tormented” (Matt: 5:6). Because of the centurion’s faith in Christ, Jesus healed his servant (Matt. 5:13).

And so it is with the overwhelming number of law enforcement officers today. They are committed to protecting and serving. Their first concern is for others.

It was a privilege for the Missouri Baptist Convention (MBC) staff to host members of the Jefferson City Police Department for a luncheon July 6. MBC Executive Director John Yeats invited them so we could express our appreciation for what they do. We inquired about their families and prayed for them.

Perhaps your church or association could do something similar to show your appreciation to law enforcement in your area. Exercise biblical hospitality and show them you care about them and their families. And most importantly, pray for them – especially for their safety.