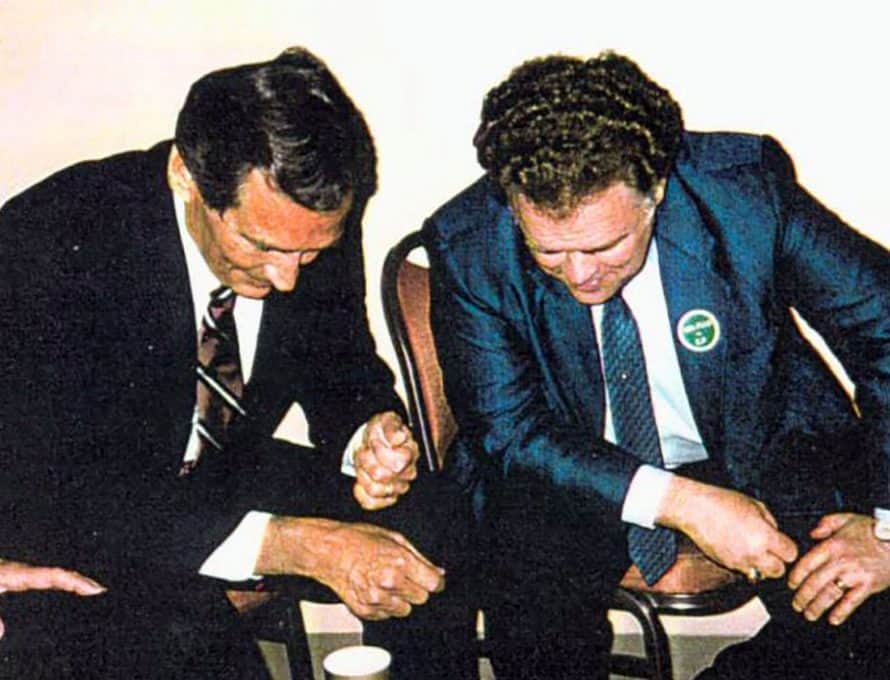 FORT WORTH, Texas – Paige Patterson (right) and Adrian Rogers share a time of prayer in the early moments of the Conservative Resurgence movement within the Southern Baptist Convention. BP Photo.

Materials in the archive at the seminary’s library include letters, pamphlets and audio recordings of conference presentations and debates significant to this period of Southern Baptist history.

Patterson, Southwestern’s president since 2003, is one of the individuals most closely identified with the Conservative Resurgence.

“His impact and his directing of the process is captured in this collection,” said Craig Kubic, Southwestern’s dean of libraries. “One really cannot fathom the breadth and depth of the experience without reading his life history as it is reflected in these materials.”

The Conservative Resurgence was an effort from the 1970s to 1990s to take a strong stand for biblical inerrancy as well as ensure that it would be propagated in the SBC’s seminaries. Patterson, then president of Criswell College in Dallas, was one of the architects of the movement along with Houston Judge Paul Pressler.

Southwestern’s new digital collection contains materials tracing the history of the movement. One such item is a 1976 letter from Patterson to Adrian Rogers encouraging him to accept a nomination that year as SBC president. Also significant is an audio recording of a 1980 debate between Patterson and well-known Texas Baptist Cecil Sherman on biblical inerrancy.

The collection may be accessed at http://digitalarchive.swbts.edu/cdm/search/collection/p16969coll18.