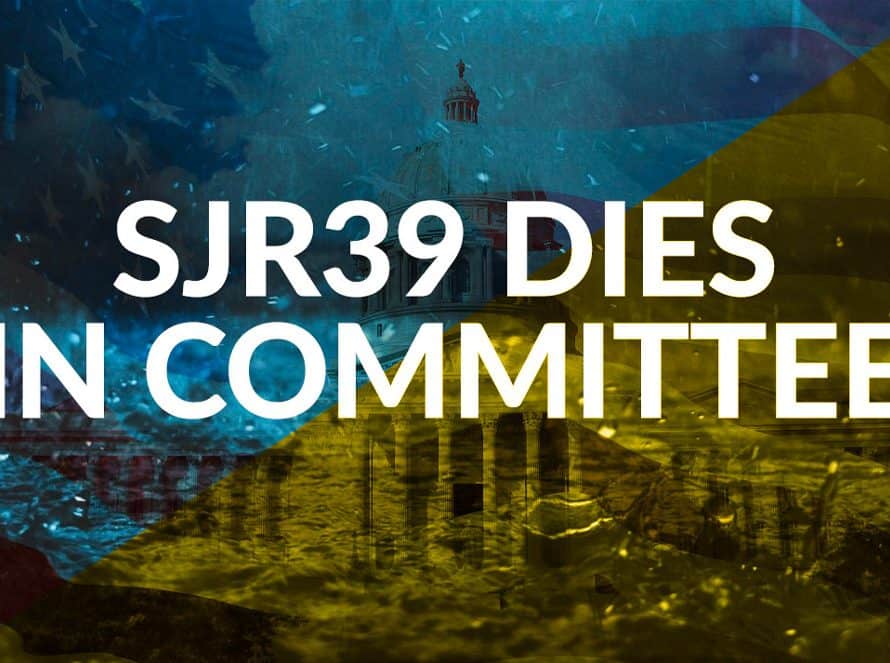 Two Pathway readers questioned a word in the headline of my April 26 column (“If SJR 39 fails, our future is bleak”). The word in question was “bleak” and it prompted them to ask me if I was overlooking the fact that Christ will give us the final victory? They also wondered if The Pathway’s coverage of public policy and my involvement with such was a bit much?

As far as the Church is concerned, our future, eternal victory is guaranteed thanks to King Jesus. What my column addressed was our immediate earthly future. Indeed, given recent judicial rulings and the refusal by the Missouri House of Representatives to deal with the threats to our churches, institutions and Christian business owners, the future is bleak – or I dare say even worse.

Does this mean we should worry or fret? No, but we ought to be concerned for the suffering of others – especially our families – if our unfaithfulness leads to inaction in the face of tyranny. God is sovereign. Our loyalty is to Him, no matter the circumstance. Also, our love for others should motivate us to act, resisting a government that persecutes and denies Americans our God-given rights to life, liberty and the pursuit of happiness.

God will prevail, but that does not absolve us from being “salt and light.” We must be engaged – even in public policy, participating with gentle spirits, but piercing, precise words of Truth.

God ordained the Church, the family and government. When Jesus said in Matt. 22:21, “… render to Caesar the things that are Caesar’s and to God the things that are God’s,” He was delivering a message not just to the Pharisees’ disciples and to the Herodians, but also to His followers. For those of us whom God has blessed by allowing us to be born Americans, “We the people” makes us unique because we are “Caesar.” Abe Lincoln put it this way: “government of the people, by the people and for the people.” To paraphrase the late Adrian Rogers, if we are not voting and participating in the American political process, we are not rendering to Caesar and thus, are sinning against God.

Why would God ordain government and His people not be involved? No involvement will reap pestilence, tyranny and death. Our silence is sin. This is why we have men using the same restrooms as seven-year-old girls.

When I testified before the House committee concerning SJR 39, I told them Southern Baptists love all people, even homosexuals. I told them only God – not the government – is Lord of the conscience. Our rights are derived from God, thus government has no right to coerce our conscience into thinking and acting against our religious beliefs. It was a privilege to say such things in a place where Satan seeks to rule.

But I went home after the vote and wept like a baby. Not for myself, but for what so many lost that day and for what our government has done: acting like a thief in the night, robbing Missourians of the right to vote and trampling our First Amendment rights.

We are citizens of two kingdoms, this earthly one and the one our King is preparing for us. In the meantime, Christians have no choice but to be engaged in every discipline of life – including politics. So our defense of religious freedom will continue. We must be involved in public policy and we must obey the Great Commission until our King returns in victory.