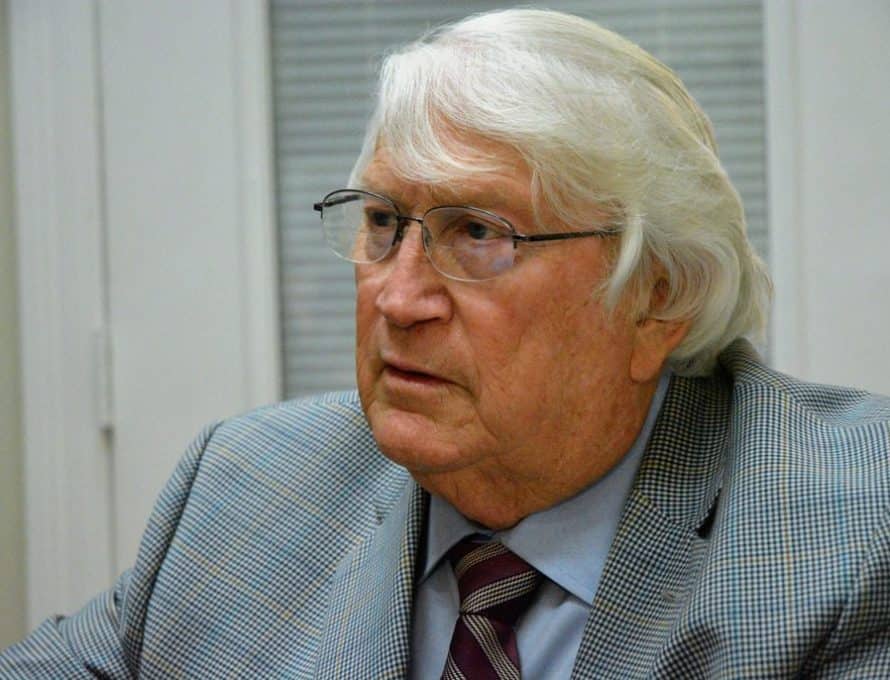 BATON ROUGE, La. (BP) – Burl Cain, a longtime warden who infused faith into what had been called the nation’s most violent maximum security prison, has been cleared of alleged ethics breaches following investigations by two Louisiana state agencies.

“Thank you so much for the prayers,” said Cain, former warden at the Louisiana State Penitentiary in Angola, speaking to the state’s Baptists in an exclusive interview with the Baptist Message newsjournal.

A Southern Baptist, Cain was Angola’s warden from February 1995 until Jan. 1 when he retired amid various ethics allegations pressed by the daily newspaper in Baton Rouge, the state capital, last year.

“It was really important for me to be restored, especially so Louisiana Baptists would know I didn’t really stumble; it was a political thing,” said Cain, 73, who was instrumental in opening Angola to a pioneering theological education initiative by New Orleans Baptist Theological Seminary.

The Baton Rouge newspaper, The Advocate, acknowledged in a March 22 report that Cain, who was the longest-serving prison warden in the U.S. at retirement, had been cleared in investigations by the state’s Inspector General’s Office and the Department of Public Safety and Corrections.

“The investigations did not find evidence to support the claims, the documents issued Tuesday show,” The Advocate reported that day (March 22). The newspaper reported that various recommendations had been made as a result of their investigations to clarify personal business guidelines for corrections officials and outside individuals and inmates.

The newspaper also reported that an investigation by the State Police had cleared a nephew of Cain, an Angola employee, from an allegation of payroll fraud.

Cain said he took retirement amid a number of circumstances, including the new governor, John Bel Edwards, taking office; pressures being exerted on Edwards by a disgruntled legislator, whom Cain did not name in the Baptist Message interview; and a desire for Jimmy LeBlanc, head of the Department of Public Safety and Corrections, to be reappointed so that the NOBTS seminary extension and other moral rehabilitation programs would continue.

Cain said the investigations by the Inspector General’s Office, Department of Public Safety and Corrections and State Police took a toll on him and his family.

Cain said he never doubted he would be cleared of the allegations and he looks forward to “what God has in store for us in the future.”

He is working with a North Carolina prison to establish a seminary program similar to the one New Orleans Seminary conducts at Angola. Likewise, he has other prison projects he hopes to resume in the Midwest and West.

He said he also is open to returning to prison administration if it is God’s will for him.

Cain’s spiritual journey at Angola began just a few months after he became the prison’s warden in 1995 in watching a lethal injection execution of an inmate who had been convicted of murdering his mother-in-law. Cain had not asked the man about his eternal security, and that fact burdened him to the point he knew he had to do something.

From that day on, Cain vowed to ask men about their relationship with God, knowing the eternal importance of a changed life. And, in realizing the value of moral rehabilitation for lessening violence, the opportunity to set up a prison program with New Orleans Seminary “just fell in my lap.” The four-year NOBTS program, started in 1995, has produced 278 inmate graduates. Some have even transferred to other prisons as missionaries.

Now, Cain said, instead of inmates committing crimes, they are witnessing to other inmates, studying for a seminary test or holding a Bible study. Thousands of inmates have professed Christ as Lord and Savior, and violence has decreased by 85 percent among the 6,300 inmates.