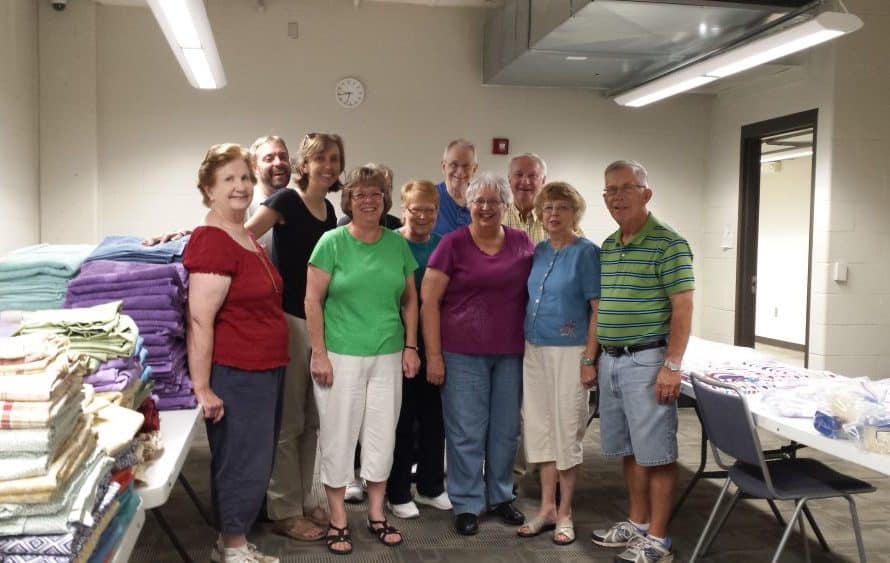 JEFFERSON CITY – Faithful volunteers from First Baptist Church, Raytown, Champion Church for The Bucket Project, packed over 250 buckets from donations sent in by individuals and churches across Missouri throughout 2015. Photos courtesy of Baptist Global Response.

JEFFERSON CITY – Missouri Baptists filled 1,247  Baptist Global Response buckets packed with supplies during 2015, and the majority of those have gone to Mozambique, Togo, Burkina Faso, and Ivory Coast, with the latest shipment currently being prepared to go to Cape Town, West Africa.

Prior to the emphasis in 2015, Missouri Baptists had a part in sending about 300 buckets for this project.  Since 2013, more than 8,800 buckets have been filled and sent to Africa from all over the United States.

Many stories similar to this one are coming from missionary partners in Mozambique, and they make Missouri Baptist relief efforts worthwhile: “There was a young lady we met yesterday who is very ill. We went and prayed with her and her family and took a Baptist Global Response bucket. We shared with the group and they asked us to return today. We arrived and there were even more women. We walked through the Story and they all said they wanted to follow, but there were a few who called out to the Son to save them. It was truly a miraculous moment as these women are coming out of a very different belief background and have been slow to respond. Please pray for these women, as they were encouraged to go share with their families tonight.”

Missouri Baptists are encouraged to continue to support Baptist Global Response projects as human needs are met around the world and the life-saving gospel is shared.  Information in this regard can be found at www.gobgr.org.