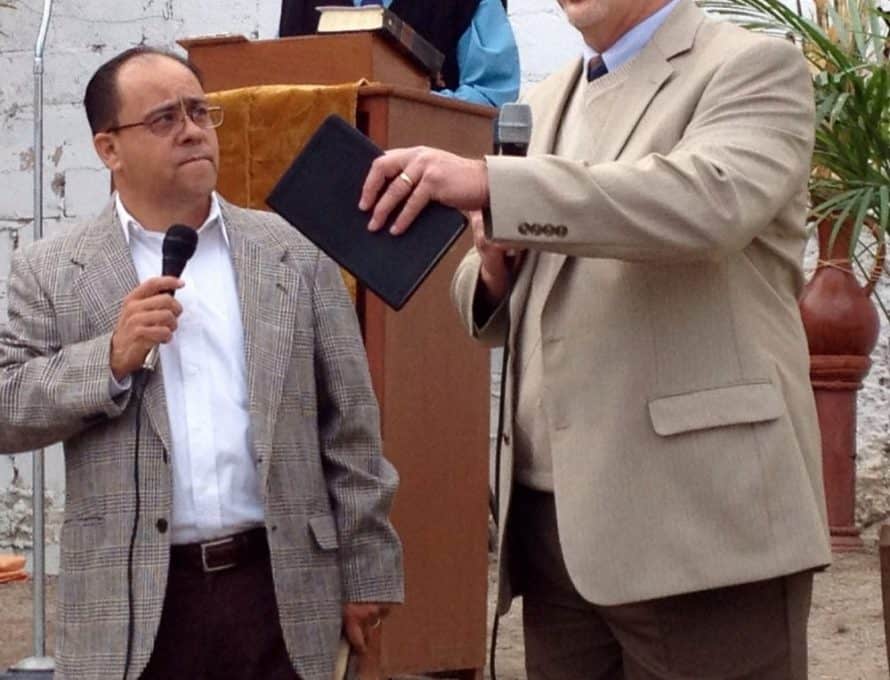 Rick Hedger speaks during a recent trip to Mexico.

JEFFERSON CITY – As catalyst (strategic leader) for Multiplying Churches for the Missouri Baptist Convention, Dr. Rick Hedger has served under the direction of Executive Director Dr. John Yeats to lead a multi-year effort to reorient the MBC staff around a restated vision and mission.

The vision of the MBC missionary staff is: “Transforming lives and communities with the gospel.” The mission for all MBC missionaries is: “Cooperating with Missouri Baptists to make disciples, multiply churches, and develop leaders.”

In this Q&A, Hedger addresses what it means to multiply churches, and how the MBC is cooperating with Missouri Baptists to accomplish this.

When we talk about multiplying churches, what does that mean?

By multiplying churches, we mean helping MBC churches develop and implement strategies for multiplying themselves in Missouri, throughout North America, and around the world. It is an intentional mindset in which pastors and local churches focus on their “sending capacity” rather than their “seating capacity.” They pray, proclaim, prepare, and penetrate lostness for the purpose of multiplying churches as they make disciples and develop leaders from the harvest fields.

Because starting one new church should not be the ultimate goal of any individual or local congregation. That implies the work is finished at some point, when in fact Jesus calls us to continuously make disciples, which naturally means starting new congregations that in turn multiply themselves. This means our churches must have a cooperative strategy for reaching their communities, and the world, with the gospel.

How does multiplying churches tie into the other elements of the MBC’s mission – specifically, making disciples and developing leaders.

A multiplying church is wholly dependent upon making disciples and developing leaders. As people become followers of Jesus, they lead others to faith in Christ and become equipped to lead in every sphere of influence – their homes, neighborhoods, churches, businesses, and communities. This includes making disciples and developing leaders in new gatherings called churches.

What should Missouri Baptists expect from the MBC in the months ahead with respect to multiplying churches?

A: Already, Missouri Baptists are hearing more about a compelling vision of multiplying churches rather than simply adding members. As we talk to pastors, church leaders, and congregations, we are elevating a biblical understanding of how the early church multiplied itself.

Next, there is a process discovery of existing MBC churches already involved in the church-multiplying process – and a celebration of their missional efforts. And finally, many Missouri Baptists are finding themselves engaged in the mentoring, assessing, and training of church multipliers.

How will we know if you’re successful?

We’ve set some ambitious goals for 2016. For example, we plan to discover and engage 100 MBC churches in church-multiplication efforts. We also have begun training 75 sending churches, in addition to 50 individuals who are to serve as church multipliers.

Finally, by the end of this year, we plan to see 380 churches – 20 percent of all MBC churches – engaged in direct church multiplication.

How does Partnership Missions tie into all this?

Every new church needs a sending church, as well as partnering churches, to help it grow and mature into a disciple-making, leader-developing, church-multiplying church. That multiplying vision goes beyond the borders of our state and includes North America and the world – such as the I-29 corridor, Mexico, and Italy. Partnerships assist with prayer, participation, and provision as needs arise.

Who are the key multiplying-churches leaders at the MBC and where are they located?

Next: Developing leaders – an interview with Dr. Tom Hufty.