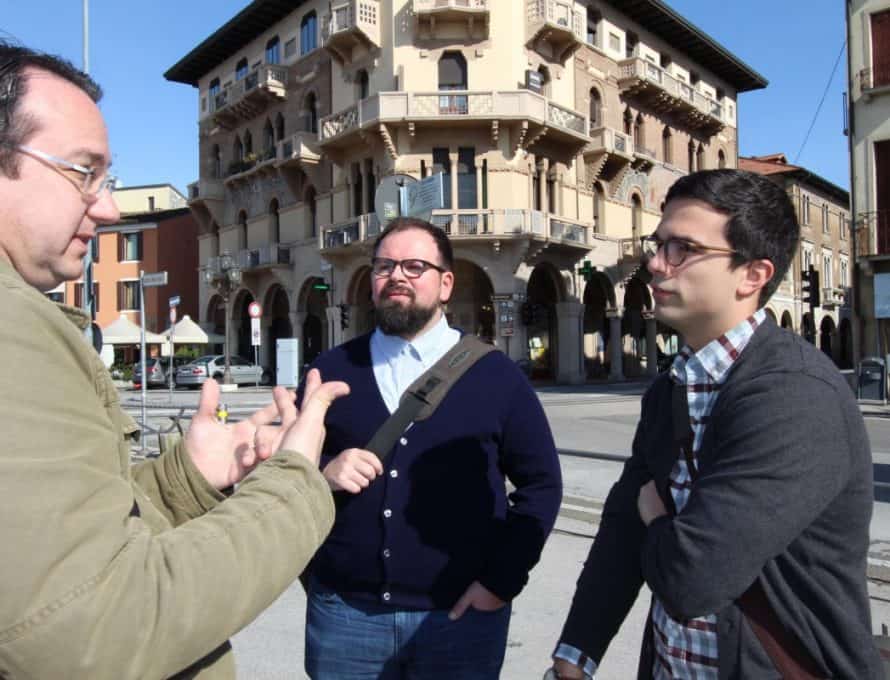 VENETO, Italy – From the moment he arrived in Belluno, Italy, Jeremy Sells soaked in everything he saw and heard. And this province with a population of nearly 200,000 people had plenty to take in, since it is located in the Alps of northern Italy and in a country that has Christian monuments dating back hundreds—if not more than 1,000—years.

But nothing prepared Sells, pastor of First Baptist Church, Scott City, for a meeting he and his mission team had with a local evangelical pastor. This pastor had arrived from Switzerland to plant churches in Italy nearly 20 years earlier, and he founded the largest congregation in the province—a congregation, however, of only 30 people. This pastor, Sells said, has labored and prayed that God would open hearts for the gospel for two decades, yet northern Italy still remains in darkness.

But, perhaps, God is beginning to move through the team of nearly a dozen Missouri Baptists who embarked on a vision trip to the northern Veneto region of Italy earlier this month. Like Sells, many members of the mission team from Missouri were shocked by the extreme lostness of Italy.

“I was overwhelmed at the amount of lostness,” said John Vernon, director of missions for the Cape Girardeau Baptist Association and a former international missionary. “I’ve served in Muslim countries. … (Northern Italy) is currently more lost than the countries where I served.”

This reality is made more stark by Italy’s rich Christian history and by the numerous Christian basilicas and other monuments throughout the region.

“You see Christianity in the marble,” Jeremy Muniz, pastor of First Baptist Church, De Soto, and recording secretary for the Missouri Baptist Convention (MBC), said. “You see it in the beautiful places you would visit.”

In contrast, however, Christ is not in the hearts of many Italians. In fact, many have never heard a clear presentation of the gospel.

“Northeast Italy consists of three regions containing fifteen provinces,” Hedger said. “I am personally asking God to send forth a minimum of 30 MBC churches to work in this corner of northeast Italy.

“Our missionaries have told me that the population in these three regions is 0.045 percent evangelical,” Hedger added, explaining the area’s need for a gospel witness. This means that only four-and-a-half people out of every 10,000 are evangelical believers.

“It is an exciting time for God to invite MBC churches to cooperate together on the front lines in northeast Italy to see lives and communities transformed by the gospel,” he said.

Indeed, according to Muniz, working in Italy would not only allow Missouri Baptists to reach the lost, but it would also give them the opportunity to see and experience the impact of their Cooperative Program giving as they come alongside both MBC staff and international missionaries.