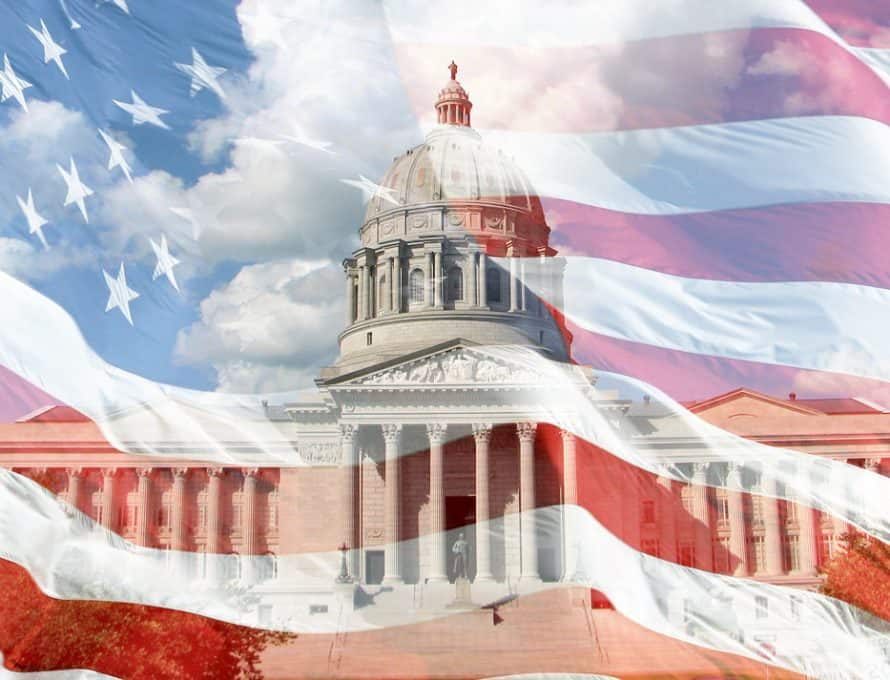 JEFFERSON CITY – A proposed religious freedom amendment to the Missouri Constitution was passed March 10 by the Missouri Senate on a vote of 23-9, and now heads to the House of Representatives where, if passed, it will be placed on the statewide ballot probably in August for voters to approve.

The Missouri Religious Freedom Amendment, otherwise known as Senate Joint Resolution (SJR) 39, is an attempt to strengthen religious freedom protection for clergy, churches, religious institutions and organizations, and a few businesses in the wedding industry.

“The amendment is entirely defensive,” said Carl Esbeck, emeritus professor of law, University of Missouri Law School, and recognized as one of the nation’s leading scholars on the First Amendment to the U.S. Constitution.

“It is a shield, not a sword,” he added, noting that it prevents state and local governments from imposing penalties against religious organizations and a few business owners who, for reasons of conscience and religious beliefs, do not wish to participate in a same-sex “marriage.”

Predictably, like in Indiana, Arizona and Arkansas, same-sex marriage advocates immediately attacked the amendment as being “discriminatory” and bigoted. State Sen. Maria Chappell-Nadal, D-St. Louis, was so angry at her 23 colleagues who voted for the amendment that she tweeted a picture of a Klu Klux Klan group with a sign above them that say, “Jesus saves.” It was accompanied by Chappell-Nadal’s comment: “This is who I have to work with in the Missouri Senate.”

But SJR 39 does not discriminate. It is viewpoint-neutral, meaning that it protects religious beliefs in favor of same-sex “marriage,” as well as beliefs against it. The amendment only protects religious organizations, individuals, and certain corporations that offer goods and services involving creative or artistic expression, like musicians, vocalists, bakers, florists and photographers. It does not permit refusals of service to protected classes more generally. In other words, it does not permit a retailer, like a restaurant owner or dentist, to refuse service on the basis of sexual orientation.

“Anyone claiming this amendment is a license to discriminate against protected classes is not telling the truth,” said Don Hinkle, Pathway editor and public policy advisor for the Missouri Baptist Convention, who convened a series of meetings with statewide faith leaders, lawmakers and legal scholars that began last August and culminated with the writing and Senate passage of SJR 39.

“We asked Missouri Baptists – especially our pastors – to contact their senators and urge them to support SJR 39 and they did – in droves,” Hinkle said. “Missouri Baptists had a tremendous impact on the Senate getting SJR 39 passed. It will take the same kind of effort – if not even more – to get it passed in the House.”

The Missouri Chamber of Commerce announced March 17 that is opposes the amendment. The Chamber said it opposed the amendment, alleging that it will increase litigation and hurt the state’s economy.

“Of course they offer no evidence to back up any of these outrageous claims,” Hinkle said. “We’ve seen this economic blackmail before in states like Indiana where the chamber claimed the economic sky was falling, only to learn later that it was not.

“The chamber claims to represent 50,000 businesses, but it is obvious they couldn’t care less about the consciences of Missouri’s small business owners. The hypocrisy on the part of various Chambers jumping into this debate is well documented. Chamber business members, who claim to be pro-LGBT, doing business with nations that behead homosexuals and throw them off rooftops. Yet they take the money.

“You wonder who these faceless people are at the Chamber,” Hinkle said. “Let them send one or two out to face the people of Missouri. For the Chamber it is all about the money, the conscience of a person be damned.”