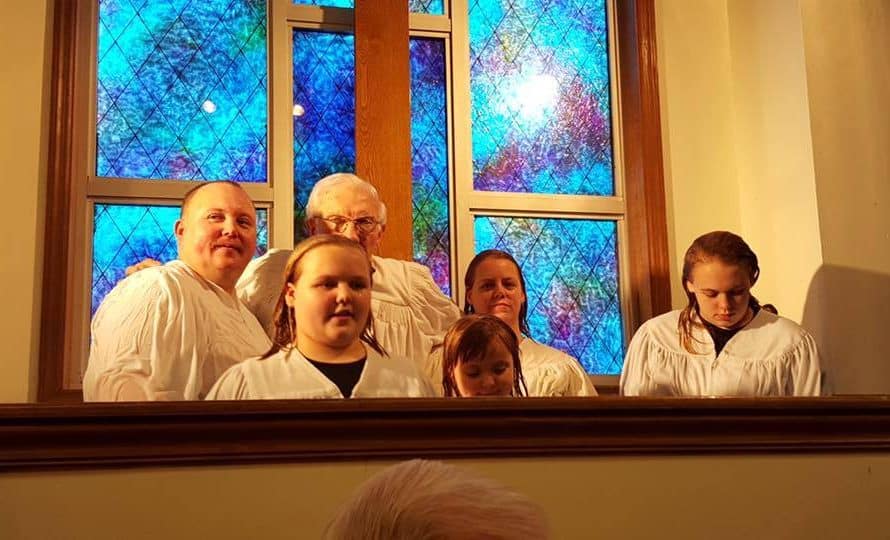 POTOSI - Potosi Southern Baptist Church here is a thriving church in a community of 2,600.

POTOSI – It doesn’t take a fancy program or a fog machine to make a healthy, growing church. All it takes is God’s Spirit at work.

That’s what is happening at Potosi Southern Baptist Church, a growing and thriving congregation of 200 in a community of 2,600.

“There’s no secret,” said Pastor Wayne Isgriggs. “The Lord isn’t a secret. We’re working hard to mobilize each member. We’re a church of prayer in a very dedicated way. We’re a praising church. They’re happy in the Lord; ‘Praise the Lord!’ is a common phrase. We have a lot of musical talent, even if our choir director is inexperienced. I think she’s only been doing this for 40 years.”

Isgriggs said the church sees its fair share of visitors, which is quite a feat in a community that size.

“That tells us there’s something right about the way we’re doing things,” he said.

The church has baptized 17 since January, including several entire families.

“The best part is I can look out into the crowd and they’re all still with us,” Isgriggs said. “I’d say about half of our leadership on committees and in Sunday School classes have been Christians for five years or less. That’s a real pattern of growth for us.”

Isgriggs also credits a thriving Sunday School, a popular Awana club, and a yearly community highlight, the church’s judgment house which brought in more than 1,900 people. These help keep the church and its gospel message in front of the people of Potosi.

“We’re persistent in our efforts to reach the community,” Isgriggs said. “People talk about us in a positive way, and our people are just awfully good promoters of the church.”

Southern Potosi is also a good neighbor to other local churches. When other churches in the area bring visitors to the Judgment House on Halloween and they make a decision for the Lord, the church forwards that information to the church that brought them for more follow up.

Isgriggs, who is 82 years old, is also mentoring four young men from the church who sense God calling them into the ministry.

“That’s a good sign,” Isgriggs said. “It is an advantage to have been around awhile and show them how God has been good to me. They’re young and new to the idea, but I’m trying to mentor them and get them going.”