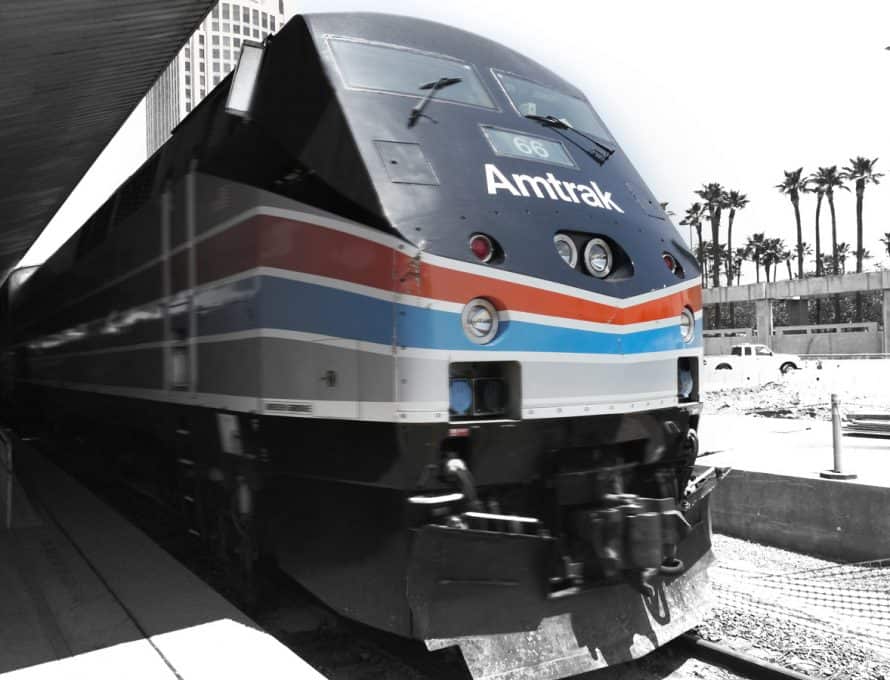 I had been anticipating a warm throwback to yesteryear when I boarded a train in Kansas City bound for Jefferson City to preach at the legislative prayer service marking the opening of the state’s legislative session.

My trip, however, fell short of a Humphrey Bogart movie.

At first glance, it was obvious Amtrak is government subsidized. In my car there were only three of us out of about 30 seats. The other cars were even less populated. Given the emptiness of the train, and the lack of window scenery, my short journey felt like a train ride to nowhere.

But what struck me most was the gentleman working the food service car. The café car had a small serving station, stocked primarily with microwavable selections. Fine dining it was not.

Business was slow — real slow that January day. So slow, in fact, the attendant spent all his time at an adjoining booth. He had books and magazines stacked as well as papers strewed. He looked as though he was settled in for what he hoped would be an uninterrupted afternoon of travel.

In fact, though he wore an Amtrak uniform, I thought he was off-duty, perhaps even traveling back to his place of residence. But then about midway through the three-hour ride, I saw him stir when a passenger approached the café.

His job — his only reason for being on the train — was to serve travelers. But on that rare occasion when one of us approached the counter, he appeared agitated, annoyed we disrupted his reading. It was as though I was an unexpected and unwanted interruption. As soon as he handed me a bottle of water, he dashed right back to his comfort booth, returning to his stack of reading.

As I reflected on the Amtrak attendant’s pattern of service, I saw an analogy to how many Christians – myself included – often live the Christian life. So often we are like the train attendant, absolutely preoccupied with earthly concerns. Periodically, we emerge from them to bless a meal, work through a prayer list or offer up an urgent request. But God is calling for, and we need, much more.

Most every survey reveals how little Christians pray. In fact, those in ministry often are the worst offenders. Ministers can spend so much time talking to God’s people they spend insufficient time talking to God. The busyness of ministry can lead to barrenness, if left unchecked.

For years I have devoted morning time to intentional Bible reading, journaling and praying through Scripture. Don Whitney’s resources, like his new “Praying the Bible,” have helped me and many others in this regard.

Yet, the more I grow in Christ, the more I long for constant communion with Him. Charles Spurgeon proves a helpful model in this regard.

Embodying the apostle Paul’s exhortation to “pray without ceasing,” Spurgeon was known for his constant communion with Christ. He thought of prayer as ongoing, constant communication with his Lord, as natural as talking to a friend or family member. Spurgeon intuitively, spontaneously engaged Christ in prayer throughout the day.

The ever-articulate Spurgeon commented, “Prayer pulls the rope below and the great bell rings above in the ears of God. Some scarcely stir the bell, for they pray so languidly; others give but an occasional pluck at the rope; but he who wins with heaven is the man who grasps boldly and pulls continuously with all his might.”(1)

The more I grow in Christ, I long for something more than prayer appointments or prayer interruptions. I long for prayer as a way of life, as natural as breathing itself.

So, let us not hide behind prayer lists or devotion books. Do not let those be cheap substitutes for real, ongoing, communion with God. The former can gloss over the deadest of faith. The latter is a warm reassurance that we indeed know God, and that He knows us.