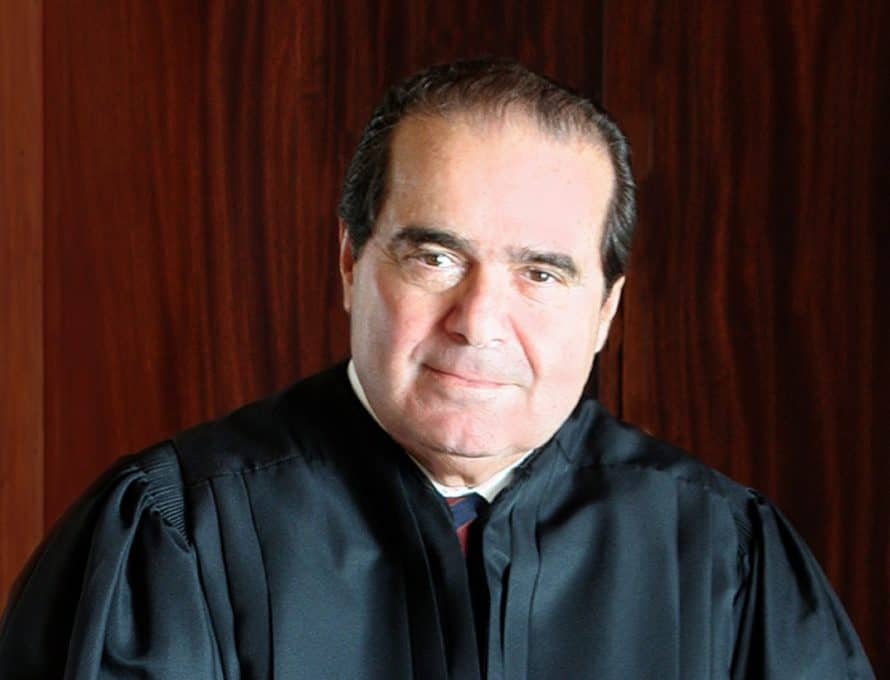 WASHINGTON (BP) – The death of Associate Justice Antonin Scalia not only brings about a battle over replacing him and elevates the Supreme Court as an issue in the presidential election, but it likely will affect two important cases in this term, including one involving pro-life laws that Missouri Baptists have supported and another about religious liberty.

A third case, also involving religious liberty and with direct ties to Missouri, may not be impacted by Scalia’s absence immediately, partially because the hearing may not be set until 2017.

Scalia, 79, was found dead in his room the morning of Feb. 13 while on a quail hunting trip at a west Texas resort. He reportedly died in his sleep. His funeral was held on Feb. 20 at Washington’s Basilica of the National Shrine of the Immaculate Conception.

While President Obama and the Republican majority quarrel over whether the Senate will act to confirm whomever he nominates, the eight remaining justices will be considering cases left in this term. The even number of court members offers the possibility, even probability, of tie votes.

One of the highly significant cases that potentially could result in a tie vote involves abortion, and another impacts religious freedom. The high court will hear oral arguments March 2 regarding a Texas law regulating abortion doctors and clinics. The Missouri Baptist Convention (MBC) joined this historic pro-life case when the MBC’s Christian Life Commission voted, Jan. 6, to send an amicus brief to the U.S. Supreme Court. The brief has since been filed.

Oral arguments are scheduled March 23 in a second case, which challenges the Obama administration’s abortion/contraception mandate to religious nonprofit organizations under the Affordable Care Act. The Ethics & Religious Liberty Commission, the International Mission Board and Southern Baptist Theological Seminary are calling for the high court to rule that the abortion/contraception mandate violates religious freedom. The regulation – issued in support of the 2010 health care law – requires employers to provide for their workers not only contraceptives but drugs and devices that can potentially cause abortions. Debilitating fines face those who refuse to abide by the requirement.

A 4-4 tie in either case – or any other case – would result in the lower court’s decision remaining in effect in its jurisdiction. The possibility of the Supreme Court rearguing 4-4 cases after a ninth justice has joined the court – something that has been done at times in the past – has been raised as well.

Missouri Baptists have joined the ERLC and the Southern Baptists of Texas Convention in urging the justices to affirm the Texas measure that requires an abortion doctor to have admitting privileges at a nearby hospital in case a woman needs emergency admission. The law also mandates that abortion clinics must meet the health and safety standards of other walk-in surgical centers. The Missouri Baptist Convention also has filed a brief supporting the Texas law.

A 4-4 tie in the Texas abortion case would result in a pro-life victory for part of the country because the Fifth Circuit Court of Appeals upheld the state law. The appeals court opinion would remain in effect in Texas, Louisiana and Mississippi, the states  that make up the Fifth Circuit.

A tie vote in the abortion/contraception mandate case would produce a defeat for religious liberty, as well as, in effect, the sanctity of human life. The Supreme Court consolidated seven different cases in which Southern Baptist institutions and others challenged the mandate. All the challengers lost at the appellate level, so the rulings against them would stand in those circuits.

Pro-life and religious freedom adherents could have expected favorable votes from Scalia, a leader of the court’s conservative wing, in both cases.

Scalia’s loss “is hard to overestimate,” said Michael Whitehead, general counsel of the Missouri Baptist Convention (MBC) and former general counsel for the ERLC (then the Christian Life Commission). “Justice Scalia’s judicial legacy will be as a stalwart defender of life and liberty – including the unborn and the dying.”

The Texas abortion and abortion/contraception mandate cases “are likely to result in 4-4 ties – or 5-3 losses because of Justice Scalia’s absence,” Whitehead told BP in a written statement.

The high court is “not paralyzed,” Whitehead said, but Associate Justice Anthony Kennedy “remains the swingman, deciding whether to break a tie and create precedent or whether to simply let the lower court decision stand, which leaves a conflict among the circuit courts of appeal for awhile.”

Whitehead told The Pathway that a third Supreme Court case may also be impacted by Scalia’s death—though perhaps not until 2017. This case was brought by the Trinity Lutheran Church Learning Center in Columbia, which claimed that it was  discriminated against by a Missouri state program that provides recycled tires to surface children’s playgrounds.

“The state’s only interest here should be children’s safety,” said Whitehead, who represents the church along with Alliance Defending Freedom, a Scottsdale-based public interest law firm. “These kids skin their knees when they fall on the playground just like other kids. Preventing ‘owies’ on a pre-school playground is not an establishment of religion. Denying tire scraps to these pre-schoolers because their folks put them in a church school smacks of religious discrimination.”

If this case were to receive a 4-4 vote in the Supreme Court, it would mean that an 8th-Circuit Court decision against the church would stand as the last word. On the other hand, the Supreme Court recently voted 9-0 in favor of a church that had been discriminated against by the city of Gilbert, Ariz. This suggests that the high court could rule overwhelmingly in support of the Christian pre-school’s religious liberty, as well.

On the other hand, he added, “it is possible the Supreme Court will schedule a hearing in this case in 2017 after a new justice is seated.” ν