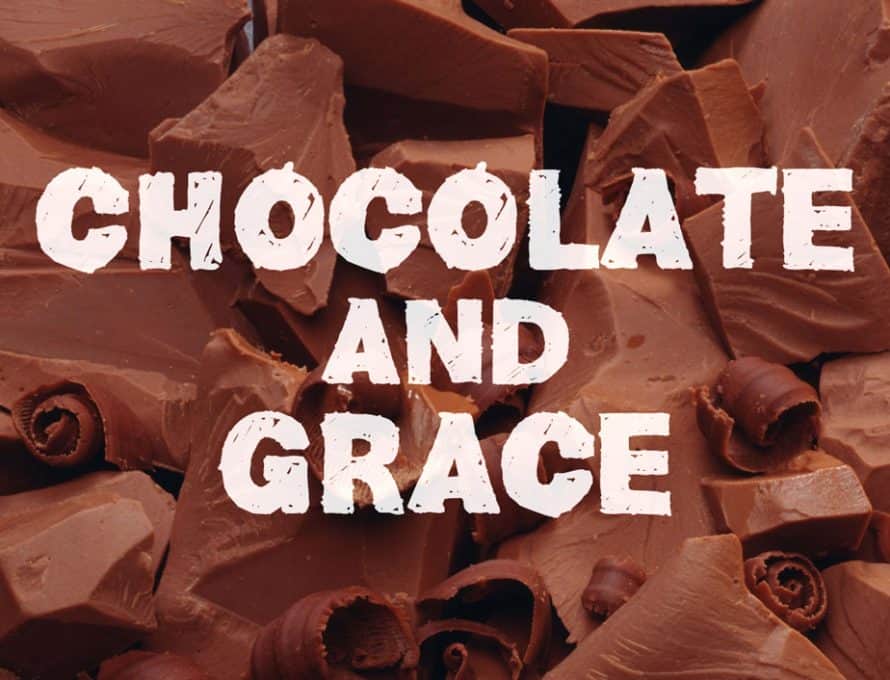 I never cease to be amazed—and pretty thrilled—at the new things people come up with to cover with chocolate each year. We’re still relatively in the neighborhood of “National Chocolate-Covered Anything Day.” December 16th. Oh my. That seems like such a great idea.

I highly—yea, emphatically—support chocolate coverings for the food beauty treatments they are. But some of these people have gone and made it weird. Chocolate-covered bacon. What? Eat your bacon. It’s good. Then eat your chocolate. That’s even better. There’s an order to these things.

Just because there’s no law against it, that does not make it okay, people. In my book, all those ideas are terrible wastes of good chocolate and should be punishable by…well, maybe by making the people who came up with them actually eat them.

All of us in general are pretty good at coming up with bad ideas—everything that’s wrong for us. The curse of sin does that. How amazing it is that Jesus can change our sin condition. He exchanges our sin for His own righteousness. And then He keeps working on us and in us even after that. He gives us a new “wanter.” Paul said in Philippians 2:13, “For it is God who is working in you, enabling you both to desire and to work out His good purpose,” (HCSB).

Jesus has us “covered,” in the best way, when it comes to both the ability to do the work we’re called to do, and then the desire to do it. By His grace, He’s the One at work inside us by the indwelling presence and power of His Holy Spirit. And He’s the One who causes our lives to be sweet. Fruitful. Covered with His delicious purposes.

I think Joseph was a man who wanted to accomplish the purposes of God in His life. What a kick in the gut it must’ve been for him when he found that the girl he was to marry was pregnant with a child that wasn’t his. Under Jewish law, he had every right to make her humiliation public and have her stoned. But Matthew 1:19 tells us that Joseph was a “righteous man.”

I picture a heartbroken Joseph tossing and turning, then slipping off into a troubled sleep. But what a wake-up call! It was a stunning message from an angel in a dream. The angel told Joseph that it was okay to take Mary as his wife and that her baby was conceived by the Holy Spirit. He would be the Savior!

So what did Joseph do? He woke up from his dream and he did exactly what he was told. I wonder if he ever even stopped to think about what he “wanted” to do. I wouldn’t be the least bit surprised to find out that God had already tweaked his “wanter.” Joseph wanted to honor God’s plan.

O Lord, by Your Spirit, help us to ever want what You want. Let us respond to You with unhesitating obedience.

No ifs. No maybes. No sugar-coating. And, dare I say it? Probably not even any chocolate-coating.