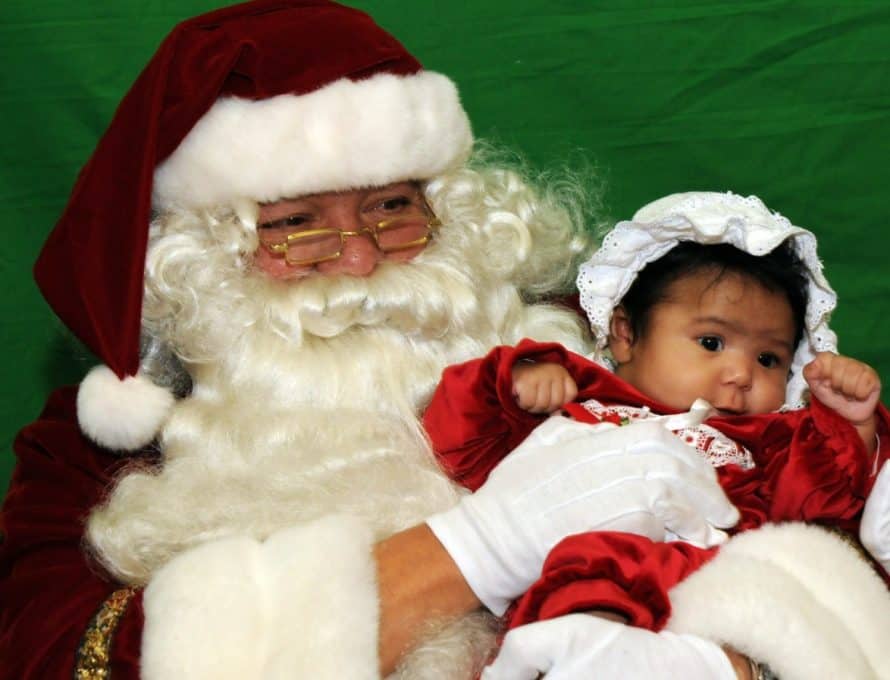 Christmas – it is one of the most anticipated seasons of the year! It is a time of joy, of endless celebration, and peace. People bustle around in efforts to display kindness and love to one another. It is a season of extravagant lights and décor, of delicious treats and simmering meals. It is a time of familiar music, warm coffee, and corny movies that we watch over and over again. Christmas is one of the truly best times of the year, for a multitude of reasons. Why is that so? What is it really that we are celebrating? It is a holiday, a day of celebration and remembrance, a day of rejoicing and festivity – but why?

The easiest way to answer this question is to look to the central figure of the Christmas merriment. Who is it? Well you might quickly say, “Jesus!” because that’s what Christians are supposed to say! However, if we were to simply look into the Christmas movies, the décor shimmering across the lawns of our community, or pay attention to the songs our feet are tapping along with another figure emerges quite powerfully. Who is the epitome of Christmas spirit? Who is the figurehead of the celebration we look forward to all year long? Is it not the jolly old fat guy in the red suit?

There it is! I know what you are thinking! Don’t be such a prude, pastor! We all know Santa isn’t real! He is just a part of our cultural celebration! Why do you have to make such a big religious deal about it? It is just this, Santa is the imposter who steals the glory of Jesus and we don’t even care. People spend more time and energy talking about Santa, decorating with Santa, singing about Santa, and deceiving their children with elaborate schemes regarding Santa’s existence than they ever do rejoicing in the Son of God who became human in order to save us from our sins! It may seem like a small thing to you, but that is because the enemy has us duped into a lethargic Christianity that has, quite frankly, become bored with Jesus. Humor me for a short minute. Here are 5 simple reasons why Jesus is infinitely better than the rosy cheeked imposter.

1. Jesus exists and will always exist whether anyone believes in him or not!

Christmas movies are much like Hallmark movies. They all have the same basic plot line, and they all end in the same sappy way. Santa is in danger of losing his job, Christmas may fail to happen because people don’t believe! The whole movie is an effort to get rational people to believe in Santa so that Santa is saved! Just think of the movie Elf! Santa’s sleigh won’t work because there is not enough “faith”. Jesus is not like this. He is king of the universe whether you or I believe in him or not. He will bring about the new heaven and earth and make all things new regardless of whether we believe or do not believe! His plans are not contingent upon the response of men! (Isa 46:8-11)

2. Jesus saves people while Santa always needs to be saved by people!

Another common theme is Santa’s constant need of humanity for deliverance. He needs them to believe, he needs their help to make toys, he needs them to fix his sleigh, he needs them. Humanity takes the role of Savior while the “supernatural” figure takes the role of helpless dependent in need. This is nothing more than the manifestation of our thirst to be God. We don’t like needing someone. We want to be the Savior, the one who gets the glory and the credit for saving the day. Yet this is completely contrary to reality! We are sinners destined for death and judgment. There is absolutely nothing we can do about this and so Jesus, the hero, rides in with glory and saves the day! He actually saves sinners by laying his life down in a sacrifice that satisfies the justice of God and rescues sinners from unending hell! We celebrate Christmas, not because we rescued Santa with our “Christmas cheer” but because God raised the dead to life and gave us joy in grace! (Eph 2:1-10).

3. Jesus transforms sinners into saints while Santa wrings his hands in hope that sinners will act like saints at least once a year!

Think about this with me for a moment. The Santa stories are usually dependent upon a theme of Santa persuading rude and unloving people to mend their ways and act nice during this season of Christmas. The plot progresses steadily through the valley of selfish, unbelieving, and unloving behavior by the central human characters of the film. Suddenly, to Santa’s great relief, they change their minds and act nice. Then the movie ends before January arrives because we all know what happens to the goodwill toward men by the time we reach the bleak winter of the New Year! Jesus actually transforms sinners into saints who live lovingly, unselfishly, and graciously all year long! Jesus doesn’t just hope against hope for a change of heart for a few weeks. He actually accomplishes a transformed life that steadily progresses to more and more Christlikeness (Ezekiel 36:23-38).

4. Jesus gives eternal life and heavenly paradise while Santa gives toys and trinkets that will rot and rust with age and eventual disinterest!

Who gives the better gift? Jesus gives what lasts forever. Santa gives what lasts only a few years. Jesus gives infinite joy that never ends while Santa’s gifts produce instant happiness that usually erodes into boredom by the second or third week of possession. Jesus gives eternal life while Santa furthers the lie that having the right material possessions is the actual means of gaining joy. Jesus gives us life in heavenly paradise where there is no sickness, death, suffering, sorrow, or distress! Sin is destroyed and all the effects of sin are erased! What does Santa give in comparison to that; a new bike? (Rev 21:1-22:5)

5. Jesus gives grace to undeserving sinners while Santa only gives toys to the good people!

Santa is a proponent of works based salvation. He is an antichrist in that sense! Christ gives forgiveness of sins to undeserving and guilty sinners. There is no world in which sinners can earn God’s favor through religious ritual or good deeds. The penalty for sin, all sin, is death and eternal judgment. The only way to pay for your sins is eternal death in hell. So, either you will pay that penalty or you will trust in Christ who paid that penalty for you already! If you trust in Jesus you sins are erased and you are given a perfect record of obedience, free of charge, unmerited, unearned, all of grace! Santa on the other hand is an evil taskmaster. He keeps a list with a tally of your naughty and nice deeds. If the naughty deeds outweigh the nice – well let’s face it, you’re not getting that new bike kiddo! How do you know if you have done enough? Parents torture their sin prone children by holding Santa over their heads. “You better be good or Santa won’t bring you anything for Christmas!” Kids can’t be “good” any more than you or I can! Santa teaches the same false gospel that every religion in the world preaches! If you are good, then God will accept you. There is no assurance, just the constant cloud of depression and anxiety overshadowing your failed life. How will I ever know if I’ve done enough? Jesus is better! He gives grace to sinners! He gives life to those who deserve death because He is loving and compassionate! (Rom 4:1-8)

There really is no contest when you think about it. Santa is a chump and Jesus is the glorious King of love! Why not embrace Jesus as the heart and soul of your Christmas celebration? Why not stop confusing your children with Santa’s false gospel and fake compassion? Introduce them to the Lord of Creation who clothed himself with humanity in order to pay the eternal penalty for their sin! Blow their minds with the free gift of heavenly paradise in the presence of God! Whet their appetite to see God, to know God, by teaching them about Jesus who is the radiance of God’s glory, the visible manifestation of the invisible God, the one who made purification for our sins! Jesus is the embodiment of all of our Christmas joy, cheer, and peace. Do you know Him?