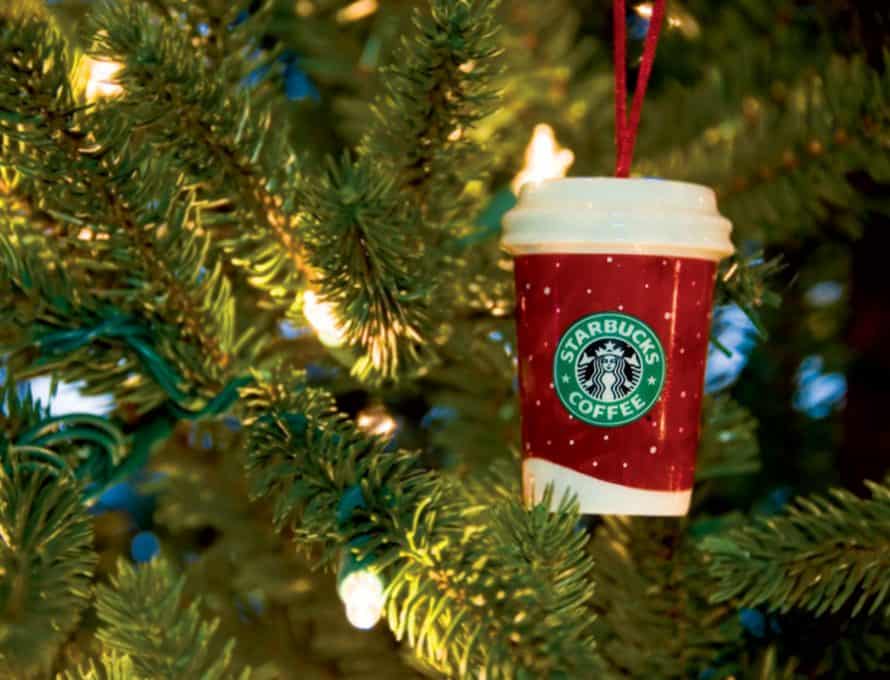 Image courtesy of Brett Neilson via CCL with adjustments by Kenny McCune.

KANSAS CITY – Centuries before the coffee giant Starbucks’ alleged war on Christmas, faithful Protestants fought their own battle against the festive season – taking aim even at Father Christmas himself.

The cup drew criticism from various Christian groups who viewed it as an attempt to downplay the celebration of Christ’s birth.

According to The Christian Post, evangelist Joshua Feurestein criticized Starbucks in a post to his 1.8 million Facebook followers: “Starbucks removed Christmas from their cups because they hate Jesus.”

Other evangelical leaders, including John Stonestreet of the Chuck Colson Center for Christian Worldview, said speculation about the Starbucks cup was overblown – especially since the company is also selling its “Christmas Blend” coffee in a plain red bag. Supporters of this view have popularized the hashtag, #ItsJustACup, on social media, according to the Christian Post.

“It seems in many respects that the original war on Christmas was staged by the Protestant church,” Yeats wrote in a post titled “Facing Down Santa” on his blog, www.johnmyeats.com. Among many 16th-century Protestant Reformers and 17th-century Puritans, celebrating Christmas – a word derived from “Christ’s Mass” – involved a fall from true, biblical religion. So they shunned the seasonal festivities – the holly and the ivy, the mistletoe, plum pudding, Christmas trees, yule logs, and Old St. Nick himself.

But, according to Yeats, American Christians today “are inheritors of the Victorian Romanticism that brought all of this back to the center of popular culture” – take, for example, Charles Dickens’ classic, The Christmas Carol. As a result, many Christians now decorate their homes not only with nativity sets and Christmas trees, but also with figures of Father Christmas.

“The ubiquitous red-suited bearer of gifts still hangs around my home as part of the Christmas fun in our family,” Yeats wrote. “Some parents seem to want to move away from this tradition as Santa Claus becomes so intertwined with the secular Christmas narrative that in order to view Christ, we must also jettison Kris Kringle and his assorted paraphernalia.”

But Yeats argued that Christians don’t necessarily have to dismiss Old St. Nick in order to combat the secular war on Christmas. In his post, he provided several suggestions to help parents “communicate the story of Christmas clearly without allowing Santa to get in the way.” Make it all about celebrating and sharing the message of Christ, he said. And, if asked whether Santa is real, tell the truth. Share about the real St. Nicholas, who remained faithful to the Christian faith despite persecution from the Roman Empire and who later defended orthodox biblical teaching during the Council of Nicaea in 325 A.D.