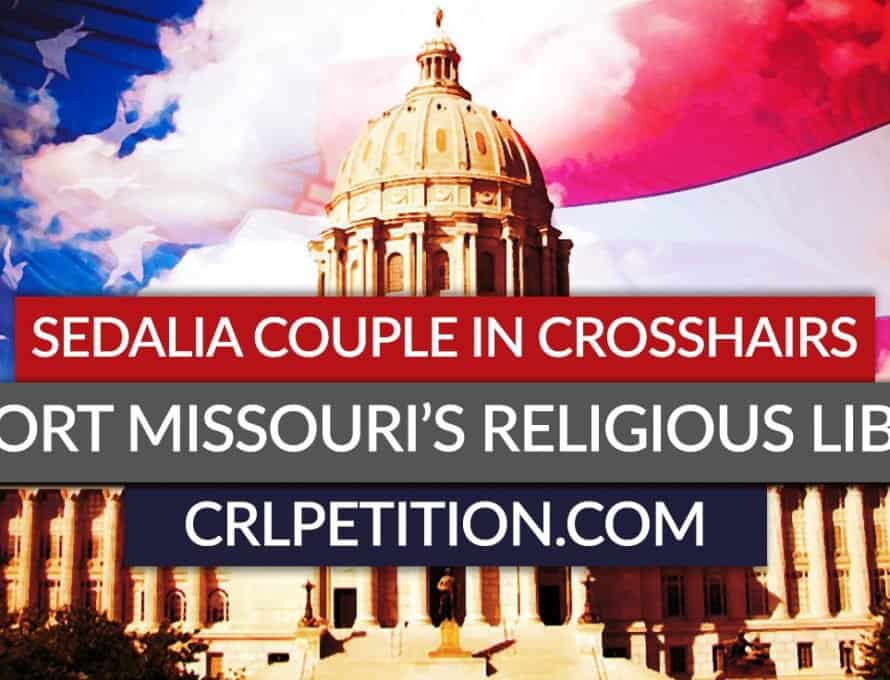 SEDALIA – Josh and Sara Howell, Christian business owners here, are in the crosshairs of Missouri’s homosexual activist group, PROMO, for refusing to allow a same-sex couple to get married at their privately owned event venue, Heritage Ranch.

Rachel Cathey and Beverly Vaughn, a same-sex couple planning to wed in 2016, visited Heritage Ranch earlier this year, but were informed by Sara Howell that the venue could not host same-sex weddings because of the owners’ Christian beliefs about marriage.

Josh Howell told the Sedalia Democrat that the decision was not a personal attack on the same-sex couple, but was rather a matter of “religious conviction.”

“It is a violation of our religious beliefs,” Howell said. “We would have to violate our conscience to allow that to occur here. We feel we would be dishonoring God, who we serve, and He was the one who gave us this business and it is only right we serve Him and honor Him with it. It would be a sin for us to allow that, so we could not in good conscious do that.”

It is a violation of our religious beliefs. … [W]e would be dishonoring God, who we serve, and He was the one who gave us this business… – Josh Howell

Howell said that they had previously turned away one other same-sex couple, who already knew that Heritage Ranch was a Christian business and who understood the Howells’ reasons for turning them away.

But the state LGBT activist group, PROMO, recently published Cathey and Vaughn’s story on their website, attempting to garner sympathy for the couple, as well as support for the Missouri Nondiscrimination Act, a bill that would rob Christian business owners of the right to run their businesses according to their religious beliefs. The bill is expected to be submitted to the Missouri General Assembly in 2016.

According to PROMO Interim Director Steph Perkins, “religious exemptions don’t protect private businesses,” so the Howells have no right to run their business according to their faith.

Missouri Baptists, however, disagree. In October, messengers to the Missouri Baptist Convention annual meeting approved a resolution supporting the religious liberty of all people – including business owners – and calling upon legislators to defend this liberty.

According to a survey taken by the Remington Research Group on behalf of in August, 76 percent of likely Missouri voters also said that federal or state governments should not be able to require private citizens to “provide services” or use “their private property for an event that is contrary to their religious beliefs.”

Missourians can urge their legislators to approve a bill that would protect the religious liberty of every citizen in the state – including business owners like the Howells – by signing a petition on religious liberty at www.crlpetition.com. The petition supports the efforts of a broad coalition of religious and political leaders around the state who are drafting a religious liberty bill that will be submitted to the Missouri General Assembly next year. If the bill is passed in the General Assembly, Missouri voters will have the final say about the  bill next fall.