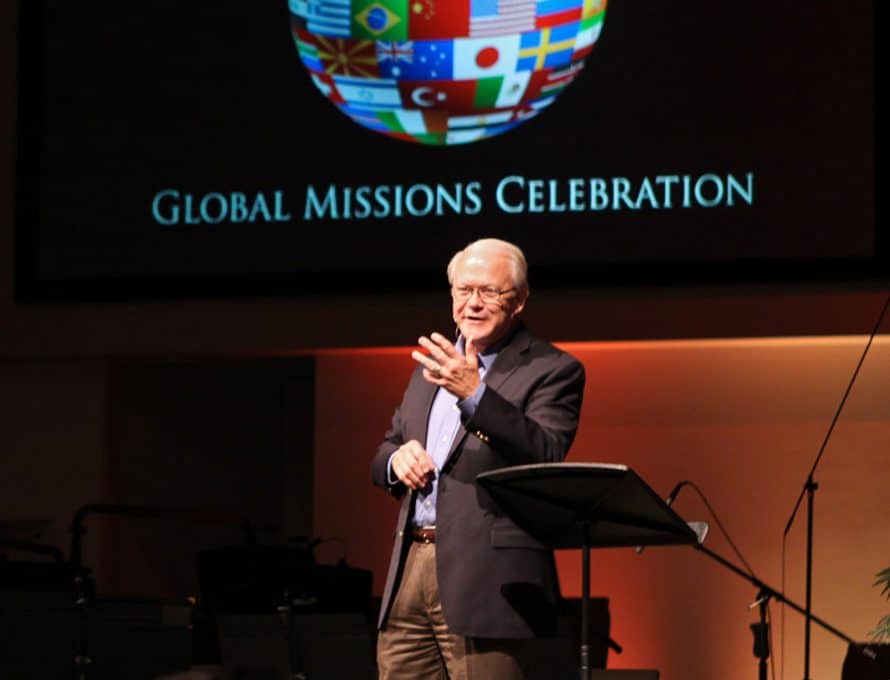 O’FALLON – Southern Baptist Convention Executive Committee President and Chief Executive Officer Dr. Frank Page said in a recent missions conference that problems in SBC mission efforts is due to churches placing priorities on activity rather than close relationships with Christ.

Page made the comment at First O’Fallon on October 24 in concluding remarks to the church’s annual missions conference.

He compared the stance of many churches today to the church at Ephesus described in the second chapter of Revelation.

Christ “is commending them for doing a lot of good things,” Page said.

But, Page pointed out Christ also condemned the church for not wholly worshipping God with all its heart, mind, and body.

“A lot of Baptist churches are very active,” Page said. “Some churches are too active. The problem in Southern Baptist Convention churches today is that we’ve lost our first love.”

A lot of Baptist churches are very active. The problem in SBC churches today is we’ve lost our first love. – Frank Page

“The reading of God’s word becomes more and more sporadic because ‘Well, I just don’t have time anymore.’ Church becomes something we do. We begin to worship and it becomes perfunctory and duty-bound.”

The solution to returning to proper worship, Page said, is to “remember, repent, do.”

He said those points mean:

• Remember the enthusiasm of our initial salvation.

• Repent for allowing other things to crowd Christ out of our daily lives.

• Do become mission-minded and tell others about Christ.

“That’s God’s call for us: to be a mission-minded people.”

Page described what mission-mindedness looks like by referring to the text of John 4 about the Samaritan woman who encountered Jesus at a well.  When she believed in Jesus, she introduced others to him.

“She got it right. She finds Christ, then started sharing Christ,” Page explained. “He wants you to find Him, then share Him. Who do you have your sights on to share Christ with?”

Page also pointed out that Jesus let nothing interfere with His sharing the Good News with the Samaritan woman.

No righteous Jew would have visited Samaria because of ethnic prejudice, and a man wouldn’t have spoken directly to a woman due to cultural standards.

“It doesn’t matter your nationality, your ethnic group, God wants you to worship him as a spiritual being.” In that, Page said, “we’re all on equal ground.”

In the aftermath of the reversal of Roe v. Wade, the Missouri Baptist Children’s H