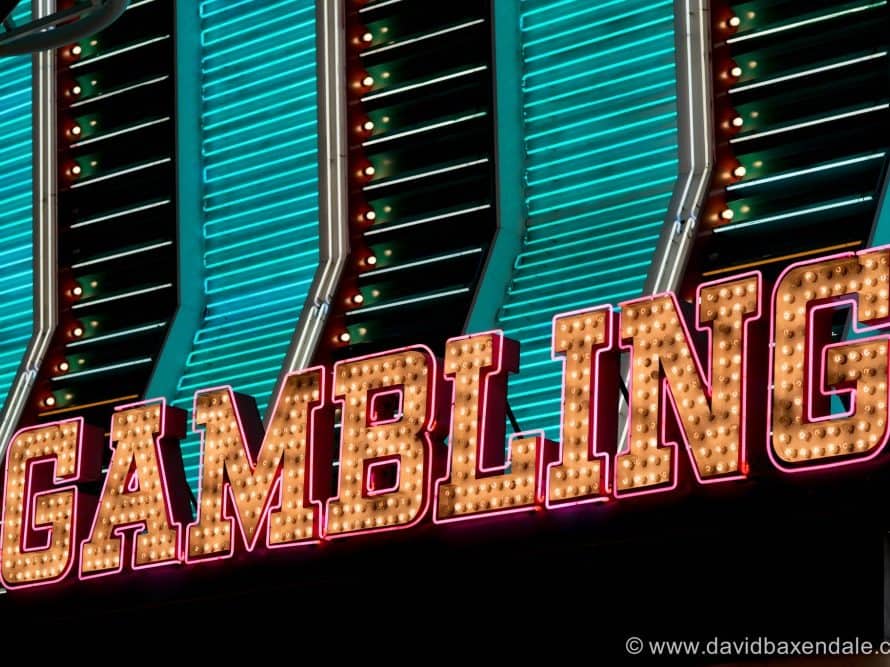 Photo by David Baxendale via CCL.

NASHVILLE (BP) – As news breaks of a federal investigation into the fantasy sports industry, Baptist commentators warn that betting in fantasy leagues is not harmless fun.

The Wall Street Journal reported Oct. 14 that the Federal Bureau of Investigation is “investigating [the] daily fantasy sports business model” to see if it violates federal law. A front-page story in the Oct. 15 New York Times stated the fantasy website DraftKings appears to be the focus of the probe, with rival site FanDuel also potentially facing scrutiny and the entire industry confronting accusations of “predatory tactics” and improper handling of insider information.

In daily leagues, “filling slots on your fantasy team becomes more like a slot machine, feeding the obsessive compulsion to turn small amounts into large winnings in a day, and to bet more tomorrow to try to win back yesterday’s losses,” said Mike Whitehead, an attorney in Kansas City, who has served on the staffs of two Southern Baptist Convention entities and is the general counsel for the Missouri Baptist Convention. “Daily users are more susceptible to addiction and serious losses – a risk the industry itself has done its best to ignore.”

Fantasy sports began with season-long contests typically involving friends and coworkers. But now online fantasy leagues allow customers to pay entry fees then draft virtual sports teams that compete against each other in daylong contests for prize money based on the players’ performances in real athletic events. FanDuel and DraftKings are the two largest fantasy companies, controlling some 95 percent of the North American daily fantasy sports market.

The 2006 Unlawful Internet Gambling Enforcement Act prohibits much online gambling, Whitehead said, but includes an exception for fantasy sports games if “(1) the value of the prizes is not determined by the number of participants or the amount of fees paid; (2) all winning outcomes reflect the relative knowledge and skill of the participants; and (3) the fantasy game’s result is not based on the final scores of any real-world games.”

The U.S. Department of Justice is trying to determine whether daily fantasy contests – which seem to involve more chance than season-long competitions – are a form of illegal gambling, according to The Journal.

Daily fantasy sports drew increased criticism after a DraftKings employee prematurely released sensitive data about the site’s biggest contest and then won $350,000 on FanDuel, The Journal reported. DraftKings said the data release was unintentional, and both companies said the employee did not benefit from insider knowledge.

The problem and allure of betting is not related to the amount of money won or lost, but that it is a distraction from God’s purpose and intent for us in regard to work and reward. – John Babler, SBTS

Both companies acknowledge their employees “have played and won significant money on each other’s sites,” The Times reported, though both now have banned their employees from competing in daily fantasy sports.

The attorney general of New York has begun to gather information about both companies, and the Massachusetts attorney general is discussing potential consumer-protection regulations with the sites, The Journal and The Times reported. Various U.S. senators and congressmen have called for investigations of fantasy sports.

John Babler, professor of counseling at Southwestern Baptist Theological Seminary, told BP the problem with fantasy sports betting extends beyond its legality. For some, it “dominates [their] lives and to some degree holds [them] captive,” he said.

“For some this can be almost instantaneous,” Babler said in written comments, “from the first time they bet on fantasy sports.” For most, “it is more of a process that occurs over time. There is an exhilaration that comes from piecing together a winning team and if there is financial gain as well, that is even better. It is not hard for this fun activity to begin dominating one’s life.”

Betting poses a problem even when it is not an addiction, Babler said.

“God’s intent is that people work and as a result of that work, God would provide,” he said. “The problem and allure of betting is not related to the amount of money won or lost, but that it is a distraction from God’s purpose and intent for us in regard to work and reward. It is very tempting and exciting to think that instead of working for money, we can get it from either luck or our sports acumen. Betting serves as a distraction from our relationships with God as well as running contrary to His design for us.”

David Prince, pastor of preaching and vision at Ashland Avenue Baptist Church in Lexington, Ky., wrote in an online commentary for the Ethics & Religious Liberty Commission that “fantasy football leagues are affecting families by relentlessly catechizing an entire generation watching these NFL games on the acceptability and excitement of sports gambling.”

Though “traditional fantasy football” that does not involve wagers is “harmless,” Prince wrote, “gambling entrepreneurs have turned a geekish fun hobby into a relentless, daily, predatory lure of fast cash and easy money.”

Prince added, “This should deeply trouble those of us who love Jesus and delight in sports as a good gift from God.” Gambling, he wrote, “is a societal evil that preys on those most in need.”