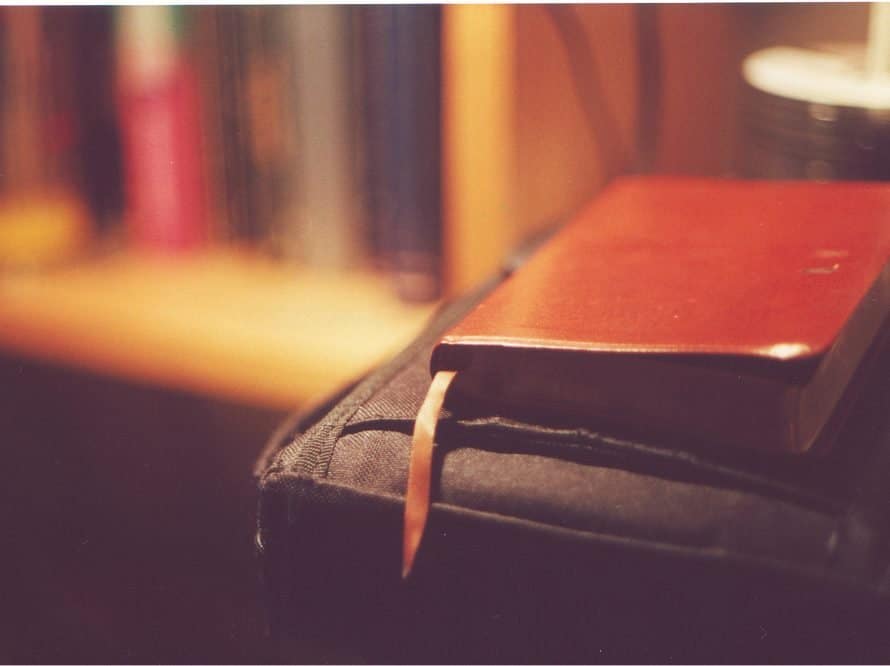 Photo by Dwight Stone via CCL.

Six passages of Scripture speak directly to the issue of same-sex conduct. This column offers a brief survey of Rom. 1:26-27:

“This is why God delivered them over to degrading passions. For even their females exchanged natural sexual intercourse for what is unnatural. The males in the same way also left natural sexual intercourse with females and were inflamed in their lust for one another. Males committed shameless acts with males and received in their own persons the appropriate penalty for their perversion.” (HCSB)

Before Paul proclaims the good news of salvation by grace through faith, he must establish the human need for this divine gift, and he does so in the first two and a half chapters of Romans by laying out his case for the sinfulness of all people.

The apostle singles out homosexuality in Rom. 1:26-27 to illustrate the descending spiral of depravity that befalls those who refuse to acknowledge God’s lordship over their lives. God has revealed Himself to all people in creation and conscience, leaving people without an excuse for rejecting Him in favor of idolatry and ungodly passions (Rom. 1:18-23).

No one stands before Christ on judgment day proclaiming he or she didn’t know there was a divine designer or a divine moral lawgiver.

Meanwhile, as people reject the revelation of God, He allows them to descend a spiral staircase into outer darkness as they prefer other gods, profess themselves wiser than their Creator, and embrace the fleshly passions borne of unbelief.

Three times in Romans 1 Paul writes, “God delivered them over” – in “the cravings of their hearts,” “to degrading passions,” and “to a worthless mind to do what is morally wrong.” These are judicial acts on God’s part in which essentially He says, “Have it your way, but take note that your sins will consume you.”

Verses 26-27 form a single thought, connected by the introductory words, “This is why God delivered them over …” These verses are not isolated from the rest of Romans 1 but fit perfectly within the context of Paul’s theme of human depravity.

God delivers them over to “degrading passions” (HCSB), “vile affections” (KJV), and “shameful lusts” (NIV). However the phrase is translated, it refers to desires and behaviors that dishonor God and degrade human dignity.

Paul then offers a fitting example of these behaviors, writing first about lesbianism and then male homosexuality. Females “exchanged natural sexual relations for unnatural ones,” meaning they willfully sought same-sex relations in violation of God’s revealed creative intent.

Further, “males in the same way also left natural relations with females and were inflamed in their lust for one another,” illustrating once again their conscious rebellion against God and His holy standards as revealed in nature.

Paul ends this verse by calling homosexual conduct “shameless acts” and pointing out that these acts result in “the appropriate penalty for their perversion.”

This penalty may include both temporal consequences of the gay lifestyle – higher than normal levels of certain physical illnesses, mental and emotional trauma, etc. – and everlasting consequences for those who reject divine revelation and refuse to repent.

Persons who land on Romans 1 are encouraged to read on, for Paul introduces the remedy for human depravity – the gift of God, which is eternal life in Christ Jesus our Lord (Rom. 6:23).

A common objection is that Paul is ignorant of “sexual orientation.” He has no idea that some people are naturally attracted to people of the same sex. Therefore, he misunderstands sexual orientation, which is widely understood and accepted today.

This argument implicates the Holy Spirit, who inspired Scripture. If Paul does not understand the subject about which he is writing, then the Spirit either is ignorant of modern concepts of sexuality or is lax by not enlightening Paul.

Further, there is no reason to believe Paul is not fully aware of human attractions and desires. He is widely read, and familiar with Roman and Greek culture, which celebrates many forms of sexual exploration.

Another popular argument is that “unnatural” refers to heterosexuals who go beyond their natural bounds and explore homosexuality. This is a subtle way of twisting Paul’s words into an affirmation of homosexual behavior that is “natural to me.”

But to say homosexuality is “natural to me” and therefore good is to make Paul’s point that rejecting God’s revelation in creation and conscience results in nonsensical thinking and darkened reasoning.

This is the sixth in a series of columns about same-sex attraction, adapted from the new MBC resource, “What Every Christian Should Know About Same-Sex Attraction,” available in print at mobaptist.org/apologetics and in Kindle format at Amazon.com.