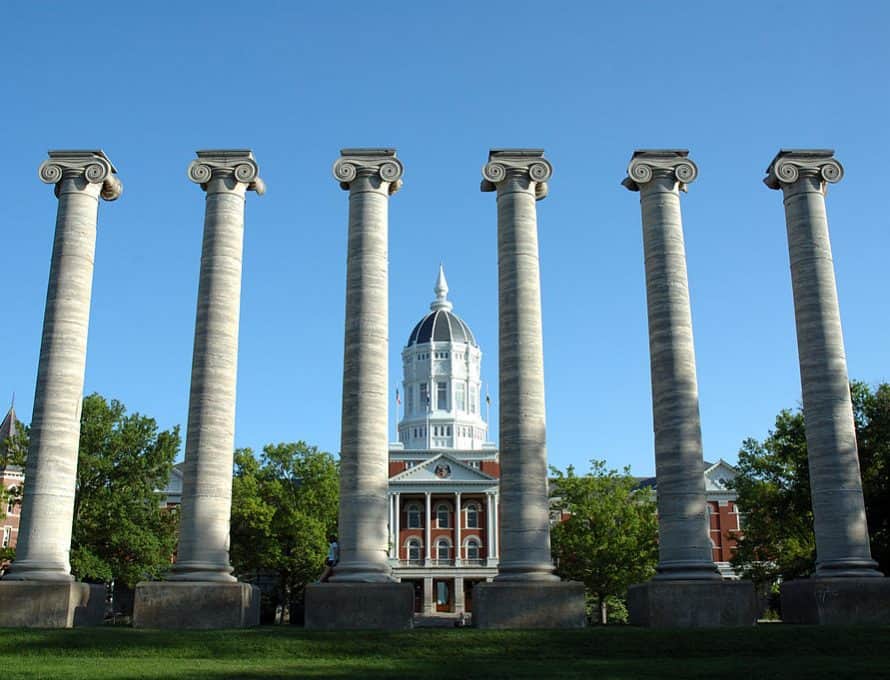 JEFFERSON CITY (LifeNews.com) – Missouri lawmakers have been successful in getting the University of Missouri to begin to end its 26-year relationship with the Planned Parenthood abortion business, where it taught medical students how to kill babies in abortions.

Senator Kurt Schaefer used his position as the chair of the Appropriations Committee to get the University of Missouri to end their contracts with Planned Parenthood. The move came after state investigators began investigating the tie between the University and the Planned Parenthood abortion business in light of a series of 10 videos exposing how the abortion company sells aborted babies and their body parts.

“Within the past month, university officials cancelled 10 contracts with Planned Parenthood clinics in four states where students would complete clinical hours,” AP reports. “University of Missouri Health System spokeswoman Mary Jenkins told the Columbia Missourian that nursing and medical students were never required to work at a Planned Parenthood clinic, but it was an optional rotation.”

Apparently, the University of Missouri set up the medical student abortion training in response to accreditation requirements, but kept it even after the requirements expired.

The agreement was required to meet requirements from the Accreditation Council for Graduate Medical Education, which mandated schools to provide training on abortion procedures at a student’s request, University of Missouri Chancellor R. Bowen Loftin said in a letter to Republican state Sen. Kurt Schaefer of Columbia, who’s leading the Senate Interim Committee on the Sanctity of Life.

The requirements have since changed, and the agreement wasn’t renewed after it expired in 2011, according to Loftin.

“We applaud the action taken by the University of Missouri,” said Pathway Editor Don Hinkle, director of public policy for the Missouri Baptist Convention. “We need a centers of higher learning to promote life, not death.”

“As of press time, the Columbia Planned Parenthood facility continues to possess a state-issued license to perform medical abortions,” he said. “That license needs to be revoked immediately.”

Hinkle said America needs a president who will defund Planned Parenthood and instead shift tax dollars toward the thousands of community health clinics around the country that provide the same services to women as Planned Parenthood – minus abortions.

“In 1988, President Ronald Reagan ordered an expanded interpretation of abortion funding prohibition regarding federal Title X funds, determining that no organization which encouraged or promoted abortion would receive federal funds,” Hinkle said. “Liberals sued, claiming it to be a violation of the First Amendment. The case went to the U.S. Supreme Court, which ruled in the Reagan administration’s favor, preventing Planned Parenthood from getting federal funds. Bill Clinton discarded the policy, which has not been invoked since. The Reagan rule has been vindicated by the U.S. Supreme Court  and should be immediately invoked, thus banning Planned Parenthood – America’s largest provider of abortions — from receiving taxpayer funding for its barbaric practices.”

The 26-year relationship between the university and the health care provider has come under scrutiny since former Senate Leader Tom Dempsey formed the committee in July in response to the release of videos purporting to show Planned Parenthood senior staff selling aborted tissue. Led by state senator and attorney general hopeful Kurt Schaefer, R-Columbia, the committee aims to determine how Missouri clinics dispose of aborted tissue, whether any state funds were used to facilitate abortions and whether the health care provider has broken any state laws,according to the Missouri Senate website.

The committee met again Tuesday to get public feedback on its inquiry. All but one of the people who spoke said they were opposed to abortion and many opposed any facilitation of it by MU.

Representatives from the MU School of Medicine signed a letter of understanding with Planned Parenthood of Kansas and Mid-Missouri in 2005 that gave obstetrics and gynecology residents the option of learning how to perform surgical and medical abortions. If a resident were interested in learning to perform abortions, he or she was to contact the residency program director who would give the student contact information for the Columbia Planned Parenthood clinic, according to the letter of understanding. Clinic staff provided arrangements for “orientation, observation, training, and supervised provision” of abortion services, according to the letter. The student would then become “a credentialed provider of medical or surgical pregnancy termination services,” according to the letter.

The University has had other ties with Planned Parenthood as well and pro-life advocates tell LifeNews this is but the first step of getting the University of Missouri out of the abortion business.

Previously,the Chancellor of the University of Missouri was under fire for providing conflicting testimony regarding the University’s relationship with the Planned Parenthood abortion clinic in Columbia.  State legislative committees are examining the manner in which state  health officials issued a license to allow Planned Parenthood to resume their abortion business at the Columbia clinic.

In an appearance before the Senate