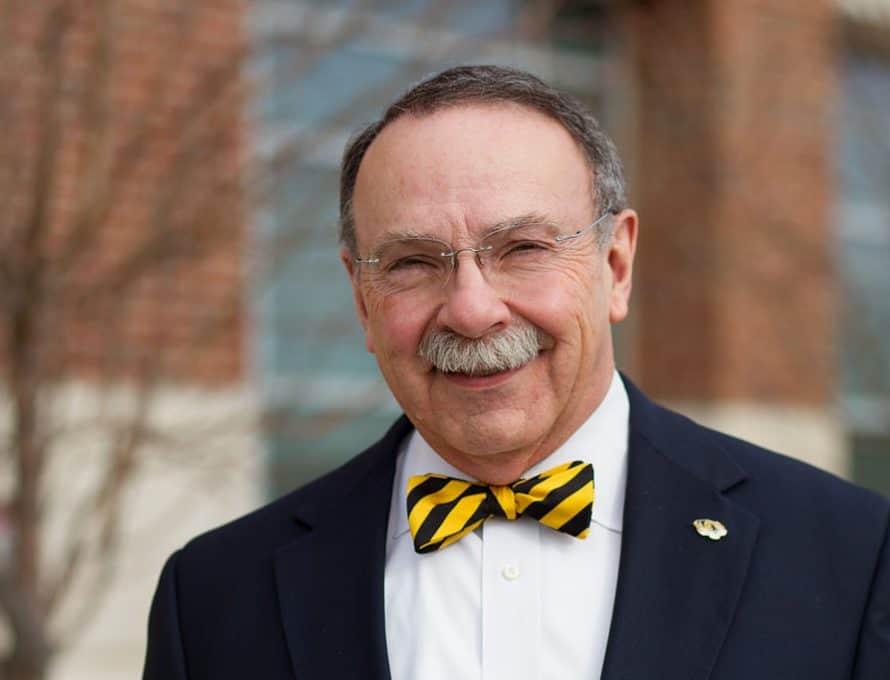 University of Missouri Chancellor R. Bowen Loftin – like everyone – would do well to obey James 5:12, particularly the part, “but your yes is to be yes, and your no, no, so that you may not fall under judgment.” In other words, just tell the truth. It is disturbing to see a leader do otherwise, especially when it pertains to the babies’ lives and Missouri taxpayers.

During Loftin’s recent appearance before the Missouri Senate Interim Committee on the Sanctity of Life, which is investigating Planned Parenthood’s abortion activity, he seemed to offer contradictory answers when asked about the university’s involvement with the Columbia Planned Parenthood facility. On one hand, Loftin denied that the Missouri University Health Care System had granted “clinical privileges” to Dr. Colleen McNicholas, an abortionist at the St. Louis Planned Parenthood clinic. Loftin told the committee that McNicholas had only been granted “refer and follow privileges” at University Hospital. He added that such privileges do not allow McNicholas to treat patients if they experience complications.

But on the other hand, in a document obtained by the Senate committee, Loftin’s explanation is contradicted. In a Dec. 16, 2014 letter, University Hospital Chief of Staff Dr. Bert Bachrach informed McNicholas that her request for clinical privileges was approved. In subsequent correspondence McNicholas was told that her medical privileges at the hospital were unrestricted in emergency situations. The distinction between “clinical” and mere “refer and follow” privileges is important because Missouri law prohibits a physician from performing or inducing abortions unless that doctor has “clinical privileges” at a hospital that offers obstetrical or gynecological care. Also, it must be located within 30 miles of where the abortion is performed or induced.

If Loftin can explain the contradiction between his testimony to the Senate committee and Bachrach’s letter to McNicholas, he should do so immediately. This is no way to run a university, much less a hospital with life and death consequences. But there is more.

Loftin told the Senate Committee that University Hospital had no choice but to grant some privileges to McNicholas under federal law or lose some federal funds. He cited federal law prohibiting discrimination against physicians who conduct abortions. Yet documents obtained by the Senate Committee reveal University of Missouri staff actively recruited McNicholas to perform abortions at the Columbia facility through affiliation with University Hospital. The recruitment of McNicholas was conducted – in part – on a university e-mail account by Kristin Metcalf-Wilson, an assistant teaching professor in the University’s School of Nursing. It turns out Metcalf-Wilson is the lead nurse-practitioner for Planned Parenthood of Kansas and Mid-Missouri, which runs the Columbia Planned Parenthood clinic.

The Pathway has obtained a copy of the email exchange between Metcalf-Wilson and McNicholas. Metcalf-Wilson encourages McNicholas to obtain “clinical privileges” through University Hospital. Why is this of interest to the Senate committee? The University of Missouri is a publicly funded institution and it is a violation of Missouri law for it to be involved in abortions.

Loftin’s contradiction with Bachrach and the use of a university e-mail account to recruit McNicholas is like a gun billowing smoke. These actions paved the way for abortions to resume at the Columbia Planned Parenthood facility. The Senate Committee should be commended and its probe continued with aggression. While it has no prosecutorial authority, it could obtain sufficient evidence to convince lawmakers to pull the license of the Columbia clinic (shutting it down for abortions) and cutoff all federal funds sent by the Obama administration to Planned Parenthood in Missouri.

Attorney General Chris Koster, who is pro-abortion, has launched an investigation, but with Koster’s gubernatorial bid looming in 2016 in which he will need financing and ground support from the staunchly pro-abortion Democrat Party, it seems unlikely that much will come of it. Meanwhile, the Republican-controlled General Assembly should be itching to redirect Obama’s Planned Parenthood funding to women’s health care facilities that do not do abortions. A veto by Democrat Gov. Jay Nixon of such legislative action may well be overridden – especially in an election year.

All this has come to light as the Senate Committee began meeting in August in response to the Center for Medical Progress’ undercover videos depicting Planned Parenthood officials discussing the sale of body parts of aborted babies. Let us pray for justice. Call your state representative and senator, urging them to cut-off funding to Planned Parenthood. Also, write a letter to University of Missouri Chancellor Loftin, urging the university to get out of the abortion business. His address is: R. Bowen Loftin, 105 Jesse Hall, University of Missouri, Columbia, Mo. 65211.