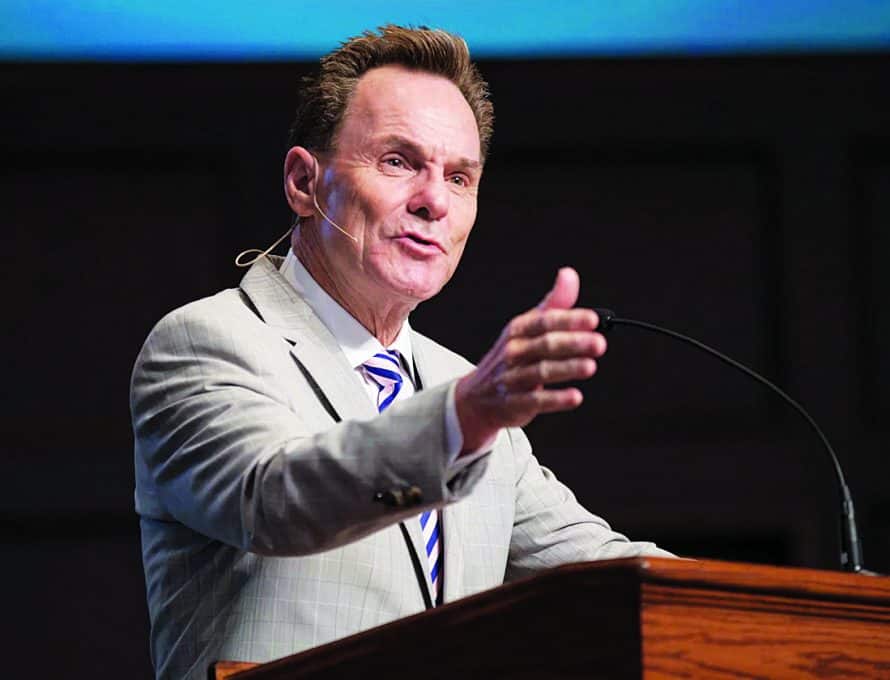 SPRINGDALE, Ark. (BP) — Cross Church in northwest Arkansas announced Aug. 2 its commitment to give $1 million through the Cooperative Program in 2015, as well as plans to do the same in 2016.

Ronnie Floyd, Cross Church senior pastor and president of the Southern Baptist Convention, said the church is increasing its previous pledge of $900,000 to $1 million and is setting its sights to do the same next year.

Floyd, in an email to J.D. “Sonny” Tucker, executive director of the Arkansas Baptist State Convention, said the increase in CP giving is “where I have wanted us to work toward for the past 3-4 years as a matter of stewardship of our church.”

“Due to us having some monies left from our Greater Things Campaign designated for global missions and relief, we were going to take $100,000 from this account and forward to the Arkansas Baptist Convention this week, along with our final two monthly payments of our budget this year … August and September … resulting in our church reaching this goal of $1 Million in this budget year,” Floyd said in the email.

The $1 million given by Cross Church means it joins only a few Southern Baptist churches in history to give at least $1 million through the Cooperative Program.

“This is a huge advance for our church, and I am really proud of them,” said Floyd, noting, “… What we are doing this year with this other gift (will) expedite us giving $1 million this year through CP and from here on if we adopt our new budget, our budget itself will allocate $1 million. We give God praise.

“We believe in the importance of not only reaching our region, but our state, nation and world. Cross Church has the missional vision: Reaching Northwest Arkansas, America, and the World for Jesus Christ. We are grateful to God for you and for our partnership with our Southern Baptist Convention. Please pray God blesses our church financially.”

Tucker, in a statement provided to the Arkansas Baptist News, applauded Floyd and Cross Church.

“Many SBC churches of all sizes across Arkansas maintain a strong commitment to missions through Southern Baptists’ unified missions giving strategy called the Cooperative Program, and I am tremendously thankful for their sacrificial giving. I do not want to minimize those churches and neither does Pastor Floyd. However, I believe it is important to recognize the commitment of Cross Church and SBC President Ronnie Floyd to missions through the Cooperative Program. …

“This is a huge financial commitment by Cross Church, enabled initially by ending their national television ministry and other church ministries. Dr. Floyd is committed to a balanced approach in fulfilling the Great Commission regionally, statewide, nationally and globally.”

Tucker concluded, “I want to celebrate this milestone in the ministry of Cross Church and my friend, Ronnie Floyd. Cooperative missions in Arkansas are stronger than ever as churches like Cross Church and others sacrifice together to reach the world for Jesus Christ.”