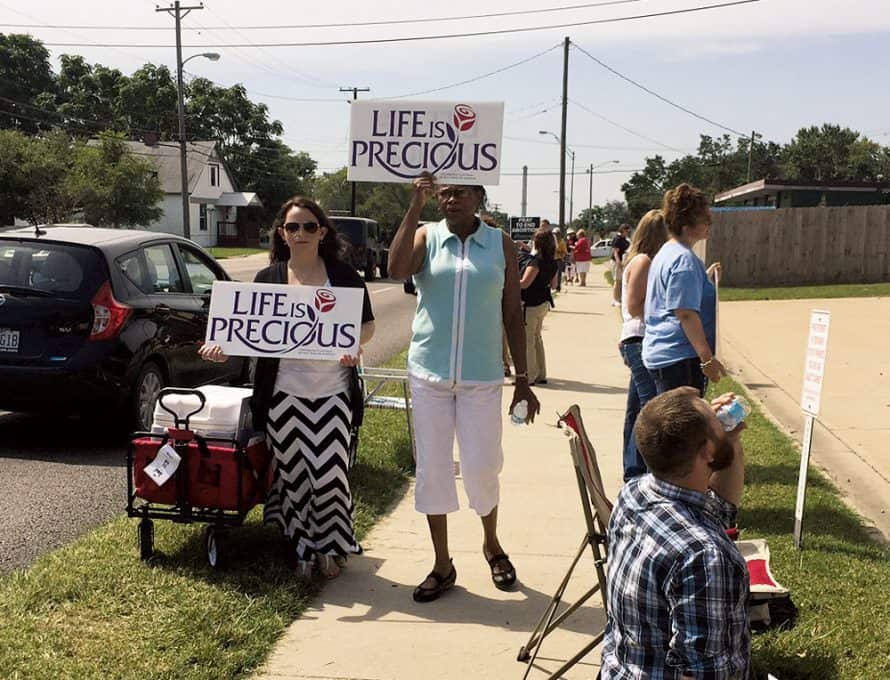 COLUMBIA – Missouri Baptists are among those fighting for the lives of the unborn in front of the Planned Parenthood clinic here.

Klein told pro-lifers that, during a recent state senate investigative hearing about Planned Parenthood, one reporter asked her if she trusted the abortion giant.

Klein and other pro-lifers, including Missouri Baptists Bonnie Lee and Chris Young, have regularly picketed, prayed for and counseled with women in front the Columbia Planned Parenthood. This clinic announced in mid-July that, beginning this month, it would again provide abortifacients to terminate early pregnancies and that, by next year, it would once again provide surgical abortions.

According to the St. Louis Post-Dispatch, the director of the state Department of Health and Senior Services will be expected to testify during a committee hearing this week concerning the issuance of the Columbia clinic’s abortion license. In July, state lawmakers raised concerns about the clinic, claiming that the facility fails to comply with safety regulations set by the state in 2007.

Klein encourages other Missouri Baptists to come to the clinic in Columbia simply to pray for women seeking abortions and for Planned Parenthood staff members.