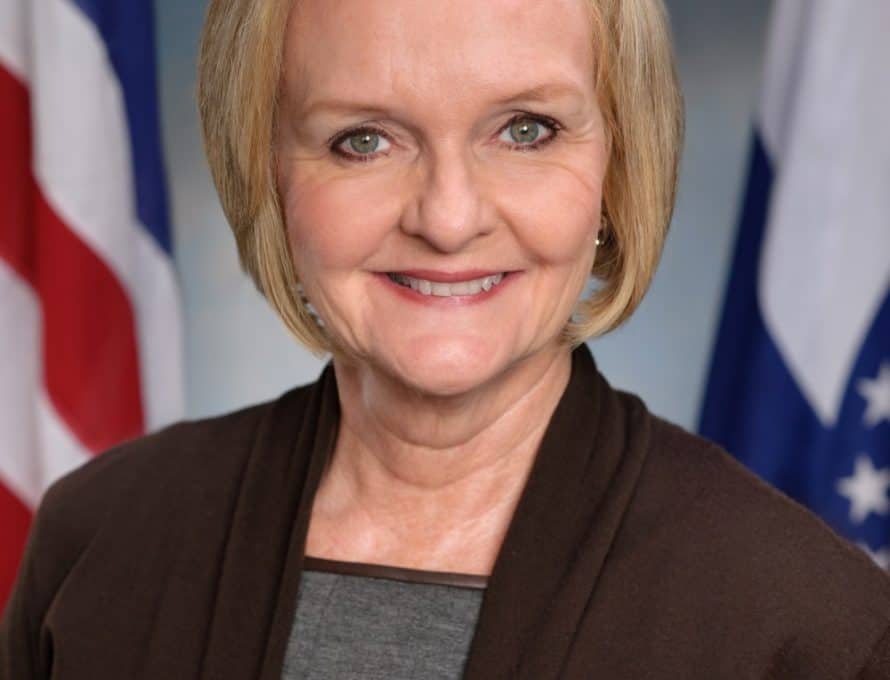 One of the ways we can exercise our faithfulness to God is by engaging those who are in positions of public service. One way to do so is by writing them by letter or email. When we do that, we must always be respectful, showing honor to those whom deserve honor while also expressing our view – and most importantly God’s view.

Frank DeVenuto is a friend who exchanges posts with me on my Facebook page. If you visit, you will find articles on issues, my comments, cartoons as well as friendly discussions with visitors. I invite you to join in. Frank, like me, is a veteran and a sports nut. He is a member of the fine First Baptist Church of Salem. Its pastor, Michael York, is one of our state’s outstanding young pastors and serves on the Missouri Baptist Convention’s Christian Life Commission.

Frank recently wrote a letter to Missouri Democrat Sen. Claire McCaskill concerning taxpayer-funded Planned Parenthood’s barbaric behavior. The letter is so eloquent, so poignant that I wanted to share it as a glowing example of how we ought to express ourselves on such important issues to those who serve at the consent of the governed:

As a Missouri citizen, military veteran, and registered voter, I am writing to express my dismay and outrage over your recent negative vote on the bill to defund Planned Parenthood (PP).  It is obvious your negative vote does not reflect the conservative life-affirming values of your Missouri constituents.

First, the history of PP is based upon the views and work of Margaret Sanger.  According to author Eric Metaxas in a recent article, Sanger held eugenicist/racist views and was quoted as saying she would hire, “three or four colored ministers, preferably with social-service backgrounds and with engaging personalities. The most successful educational approach to the Negro is through a religious appeal. We don’t want the word to go out that we want to exterminate the Negro population, and the minister is the man who can straighten out that idea if it ever occurs to any of their more rebellious members.”  This is the same woman whom Hillary Clinton, Democratic presidential hopeful, considers a hero.

It has also been reported recently via several media sources that nearly 80 percent of abortions performed in New York City were conducted on black and Hispanic children.  And in 2012, more African-American babies were killed by abortion than were born: 31,328-24,758.  California preacher Walter Hoye indicated, “Abortion kills more black Americans in three days than the Klan killed under Jim Crow in 86 years.”

Secondly, those like yourself who voted to continue funding PP, promote women’s healthcare for the poor as the primary reason to support PP.  On the surface, this sounds noble since PP operates about 700 centers (mostly in lower income areas) and serves around three million people nationwide.  But according to the Charlotte Lozier Institute, there are more than 9,000 federally qualified health centers providing services, with the exception of abortion, to more than 21 million people, in both rural and urban areas.  If you are really concerned about women’s health, why not support the health centers which serve more people and do not perform abortions?

PP has repeatedly touted the mantra to its supporters that without federal funding, they cannot provide critical mammograms services at any of its facilities. This is another false claim by PP and its supporters. Past investigations, including an interview with former PP director Abby Johnson, have demonstrated PP does not provide mammograms.  As noted by writer Genevieve Wood (Heritage Foundation), PP does not have a license to perform mammograms at any of its facilities in the United States; she went on to note that the Federal Drug Administration indicated there are more than 8,000 licensed mammogram facilities currently operating throughout the country as recently as last month.  In essence, PP is not needed, should be defunded, and its facilities permanently shuttered.

Thirdly, proponents of abortion and PP claim it is a woman’s choice to abort her baby.  The reality of this issue is not choice, but to escape and ignore the consequences of one’s choices by denying and destroying the choices (and life) of another human being – helpless unborn children.  Roe v. Wade has given our once great nation the “legal” recourse to remove the choices of more than 55 million unborn babies since its inception. The abortion industry in the United States and the Nazi regime in Germany are eerily similar – both used doctors to “legally” kill one million unwanted people each year, their bodies disposed of in the trash, and its citizens stood silently as it happened and fully aware of what was taking place. A mother’s womb should be the safest place on earth for a child.

Fourthly, abortion and its support by taxpayer dollars, is clearly unconstitutional.  The Declaration of Independence says, “We hold these truths to be self-evident, that all men are created equal, that they are endowed by their Creator with certain unalienable Rights, that among these are Life, Liberty and the pursuit of Happiness.–That to secure these rights, Governments are instituted among Men, deriving their just powers from the consent of the governed … .”  This means everyone has the right to life as dictated by God and it is the government’s sole responsibility to preserve those rights. The Declaration of Independence, greatly influenced by the Bible, is why the colonies broke away from England and the U.S. Constitution is how it was/is to be executed It was the denial of their God-given rights which fostered the idea of revolution and independence. The Declaration of Independence mentions God five times and gives the U.S. Constitution its sole authority. Our inalienable rights found in both the Declaration of Independence (life, liberty, and pursuit of happiness) and U.S. Constitution (Bill of Rights) come from God Himself – not the government or man.  They cannot be taken away or trampled upon either. To violate these rights is unconstitutional; personal opinion has no sway, claim or force to ignore and violate our inalienable rights.

Finally, from a moral standpoint, murder of any kind is wrong.  The Bible clearly states that God knew us before He created us in the womb (Jeremiah 1:5).  He knows our thoughts and words before we utter them because He knows us; we are fearfully and wonderfully made in God’s image – and that fact alone gives every person, born and unborn, intrinsic value and worthy of every effort to protect life (Genesis 1:26 – 27, 2:7; Psalm 139:2 – 3, 13 – 17).

In closing, I would strongly urge you to reconsider your untenable position of supporting PP through taxpayer funding, the murder of unborn babies, and your disconnect with the views of your Missouri constituents.

What a great letter. I would encourage you to write lawmakers when they support righteous laws as well. I might add that a letter of thanks would be in order to Republican Sen. Roy Blunt of Missouri, who voted to defund Planned Parenthood.