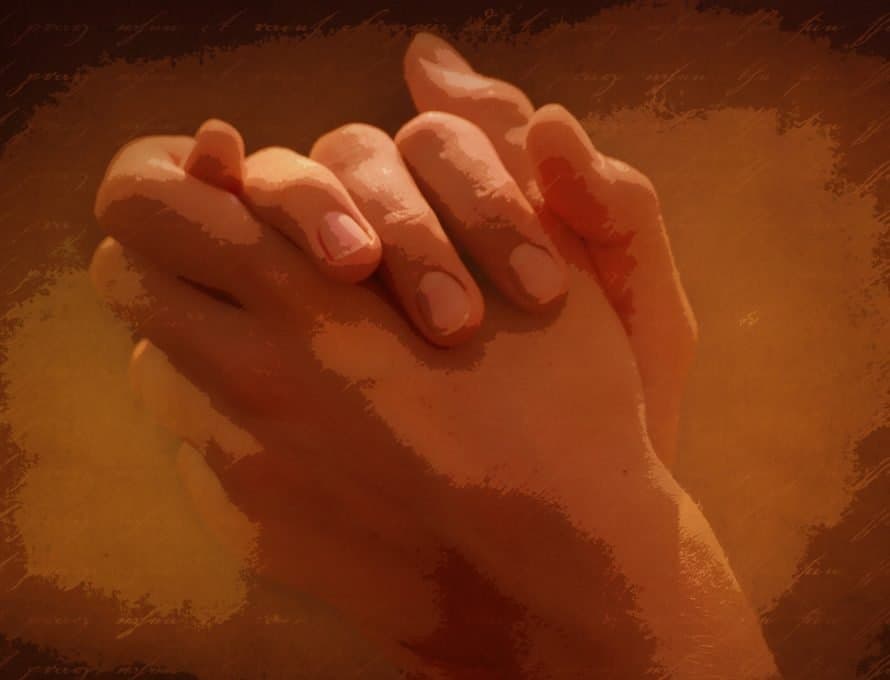 Based on an image by Irina Patrascu available via Creative Commons License.

Recurring medical developments with my precious wife, Sharon, have motivated me to rediscover a pattern of finding my knees in prayer. When you face those challenges in life that touch the deep places in your heart, you know that all of your personal creativity, intelligence and ability are completely inadequate to fix whatever you are facing. You fall to your knees with arms raised in helpless submission and with many tears you cry out to the Lord.

Desperation is when you have exhausted your abilities and the Lord alone is your sole source of inner strength for the storm that is crashing in on your world. The situation is such that you have no other place to turn. You find that precious truths of Scripture become the aroma of heaven granting you a glimpse of the heart of God.

Interestingly, it is those of us who know the Lord that hold the lost key to a broken civilization. We read the Word of God. We read history. We understand there are those moments when God hears the desperate cry of His praying people, kneeling people, repentant people sobbing over their own rebellion and desperately crying for the souls of lost men and women. He hears and He moves in great power of the Holy Spirit.

Remember our compassionate God desires to move in such power that lives and entire communities are transformed. However, He patiently waits on His children to come to Him on His terms. As you read Christian history or even an unrevised version of American history, there are several incidences where culture was radically changed because of the work of God that began with the people of God on their knees.

What is our reputation in our communities today? As I look in the mirror, I ask myself, “Do we, the people of God today, have the reputation of being powerhouses of prayer?” Or have we become too sophisticated? Are we too much like the Laodiceans who projected the image of self-sufficiency while our Lord Jesus said they were “wretched, miserable, poor, blind and naked.”

There is a man in Christian history noted for investing his life in intercession for people and events on his knees. His name was John “Praying” Hyde. Originally, he called Illinois his home. However, the call of God led him to the Punjab province in India.

In Sialkot, a Pakistan/India border town that is currently on the Pakistan side, Hyde participated in what is called the Sialkot Revival of 1904-1910. The movement of God was such that people were renouncing the false gods of their culture and embracing the deep love of Jesus. The secret? Hyde says, “When we keep near Jesus, it is He who draws souls to Himself through us, but He must be lifted up in our lives; that is, we must be crucified with Him.” (E. G. Carre, “Praying Hyde,” p. 36).

From other historical accounts of revival and spiritual awakening, it seems there was often a spark or something spontaneous that ignited the moving of the Holy Spirit. However, one of the distinguishing characteristics of the Sialkot Revival is that it was an organized happening. It wasn’t so much a spontaneous happening like the Wales Revival or the Awakenings in the United States.

According to Carre, there was definite planning. There was the positioning of the participants where by faith they did whatever was required to become the conduits of God’s Holy Spirit in a Godless context. Hyde and his colleagues adopted principles that were in the form of questions. They used these to hold one another accountable:

These questions are piercing. What if we challenged one another with questions like these? What can we anticipate our God doing in response to the discovery of our insufficiency, our utter helplessness and our knees in prayer?