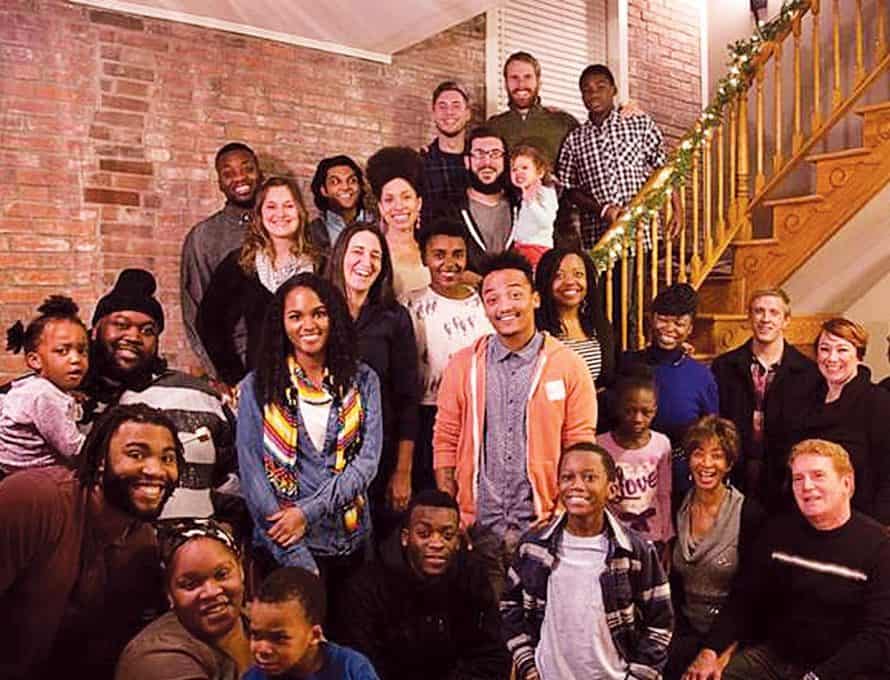 ST. LOUIS – Delmar Boulevard, also known as The Delmar Divide, crosses St. Louis from east to west and features million-dollar mansions directly to the south and poverty-stricken areas to its north. The neighborhood is also racially divided; south of Delmar is 70 percent white and north of Delmar is 98 percent black.

“Our prayer is that God would use our church to show the city that racial harmony and diversity is possible, but it takes something outside of ourselves to accomplish it,” he said. “It takes the gospel of Jesus.”

Apostles Church held its official launch service on Easter Sunday and, so far, the church has averaged around 50 people. Members are a very diverse group, and Genteman is excited about what God is doing.

“We are diverse generationally, racially and socioeconomically,” he said. “For example, right now we have a young couple, and the husband is finishing his second master’s degree while the wife is getting her master’s in counseling. We also have another couple that used to sell drugs in our neighborhood. We are drawing people who look beyond ethnic makeup and socioeconomic differences to join our diverse church in a divided area.”

And nothing divided the area more than last summer’s tragedy in Ferguson, a suburb located north of Delmar. Genteman said the church plant was meeting weekly and going through the book of Jonah to understand God’s love for the city when Michael Brown, an African American teenager, was killed by a white Ferguson police officer.

“That event derailed us in an incredible way,” he said. “We knew it was part of our mission as a church to talk about a topic that continues to divide the country and even the church.”

Genteman believes the multi-ethnic church is the best way to heal that divide. It’s not about one population serving the other, it’s about everyone discipling one another using their own unique talents and giftedness.

“Discipleship is one way to bridge the divide,” Genteman said. “We need to stand with Jesus and break down the dividing walls of hostility. The progression of the gospel is multi-ethnic worship, every tribe and every nation worshiping together. It’s timely in our city. It’s part of our church’s passion, and it’s the theological truth of the Bible.”