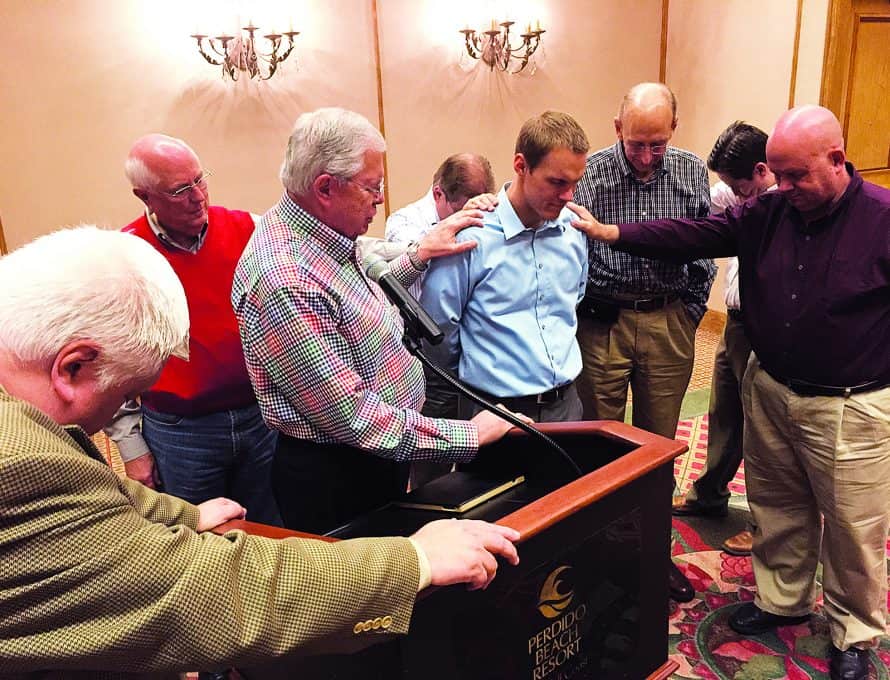 ORANGE BEACH, Ala. (BP) – David Platt has “five desires that are driving me” as president of the International Mission Board.

Platt, speaking to editors of Baptist state papers Feb. 10, listed the desires that are key to him at the six-month point of his leadership of Southern Baptists’ overseas missions initiatives:

While the International Mission Board supports 4,800 missionaries with a budget of nearly $300 million a year, Platt noted, “I’m convinced it’s a critical time for the SBC and IMB.”

Unless Southern Baptists make the sacrifices needed to rise to God’s call to reach the nations, to “think creatively” in their missions methods and to build on the blessings God has given the Southern Baptist Convention, Platt said.

Over the mission board’s history, 20,000 Southern Baptists have served as overseas missionaries, “which is an awesome number,” Platt said, “but the reality is we need 20,000 now.”

Platt spoke of his view of the Cooperative Program channel by which Southern Baptists support missions and ministries globally, nationally and in their states since he became IMB president after serving as pastor of The Church at Brook Hills in Birmingham, Ala.

“[In] the process of praying through accepting this role, and then certainly being in this role, I’ve been reminded in a fresh way, in a needed way, of the stewardship God has entrusted to the SBC and the value of the Cooperative Program,” Platt said.

To young pastors who might voice uncertainty about an “institutional” SBC compared to other missions networks, Platt reflected, “I say, I kind of understand that. I praise God for continuing to grow relational networks to get the Gospel to people who have never heard.

“And the same time, can you realize what God has given to the SBC?” he said, pointing to “conventions of churches, united together, with six strong seminaries who are raising up and training thousands of leaders every year [… and] the North American Mission Board and International Mission Board that are together spending half a billion dollars on the spread of the Gospel and the planting of the church in North America and the nations [… and the] ERLC” as an advocate for religious liberty.

“And the Cooperative Program,” Platt said, “[is] an engine that fuels all that. It would take 100 years to be able to get what we’ve got in the SBC, and once we did, we’d have a lot of the challenges that we have now. … [T]here’s so much value.

“I am in this role,” Platt said, “because I believe … in the unique stewardship that God has given to the SBC and the Cooperative Program.”