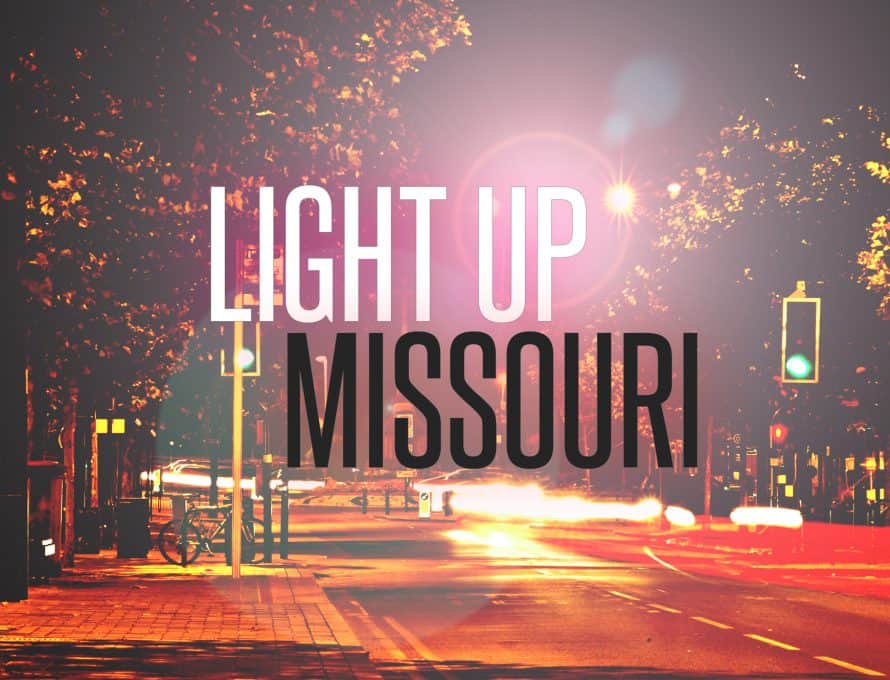 Reports are coming in from churches lighting up their communities for Jesus!

Darron Edwards serves as pastor of United Believers Church in Kansas City. They conducted “Transformers” evangelism training in April. “Mothers Like You,” was a prayer breakfast conducted on the Saturday before Mother’s Day. There were 21 women that made a commitment to return to church. In June, the church distributed more than 1,100 water bottles in 10 strategic locations. In July and August, they conducted VBS events and prepared materials for children to use in schools responding to the situation in Ferguson, Mo. Nearly 40 individuals have received baptism, attended baptism classes, and invited their families to witness the event.

Larry Lewis, DOM, Mid-Missouri Baptist Association, reported that an area-wide health fair was sponsored by the city of Columbia, but it was held at Calvary Baptist. At least three boxes of Bibles were given to all those who attended (about 300) and wanted one.

LifeQuest Church has several campuses south of Kansas City. They called their servant evangelism projects “The Summer of Crazy Love.” (www.crazylovekc.com) Their projects included printing cards that members left behind after conducting random acts of kindness. They conducted an All-Church Saturday Serve Day involving 120 church members. Their Pleasant Hill satellite campus responded to a request from the city to restore a train depot, putting in hundreds of hours. LifeQuest saw 22 people come to Christ and baptized 16 people. Chris Pinion serves as LifeQuest’s pastor.

Tom Firasek, St. Louis Metro Baptist Association, reported that eight churches conducted more than one dozen evangelistic block parties, showed movies in local parks, conducted a back-to-school event, manned a booth at one festival, provided a back to school fair, and provided a diaper changing station at a community event.

Steven Strauch, DOM, Laclede Baptist Association reported that one dozen workers from five churches in their association partnered with a church in East St. Louis for a weekend of servant evangelism. They installed a new hot water heater, an ice machine, provided feminine hygiene items, and revamped a shower system in the church’s homeless shelter unit. And they did prayerwalking, one-on-one assistance to the shelter residents, and conducted an outreach movie night showing the movie, “God is Not Dead.” Five people made decisions to follow Christ. Each person was given a new Bible and directed to the pastor and the church.

Guy Thomas, pastor, Southside Baptist Church in Fulton, hosted a Car Show and First Responder Appreciation Picnic. There were 225 registered attenders and approximately 350 who showed up. Southside Baptist had 40 people working hard to make this outreach event possible. He reported that one fireman has been attending regularly since the event and others are showing interest.

Jim Pilcher, pastor of Temple Baptist in Caruthersville worked with the South East Missouri Food Bank to provide food to 288 people in one night. They used the “Day of Service” to meet physical needs, but its overarching purpose was to draw people to hear the gospel. They brought visitors into the sanctuary, 20 at a time. They welcomed them and gave them information about their church and then gave a clear gospel presentation. It was well-received.

Gary Jones pastors U Church in Kansas City. They conducted a “Barbeque & Bibles” in a local park as a way to bring Christ and serve their community. They had 300 who attended and two made decisions for Christ.

Doug Schildknecht pastors First Baptist Church, Buckner. Their church worked with several other churches to distribute 1,500 “Find It Here” New Testaments that covered the communities of Buckner, Levasy, and Sibley. First Baptist’s men’s ministry provided breakfast for the 83 volunteers that helped pray, walk, drive, and process the Bibles that were distributed.