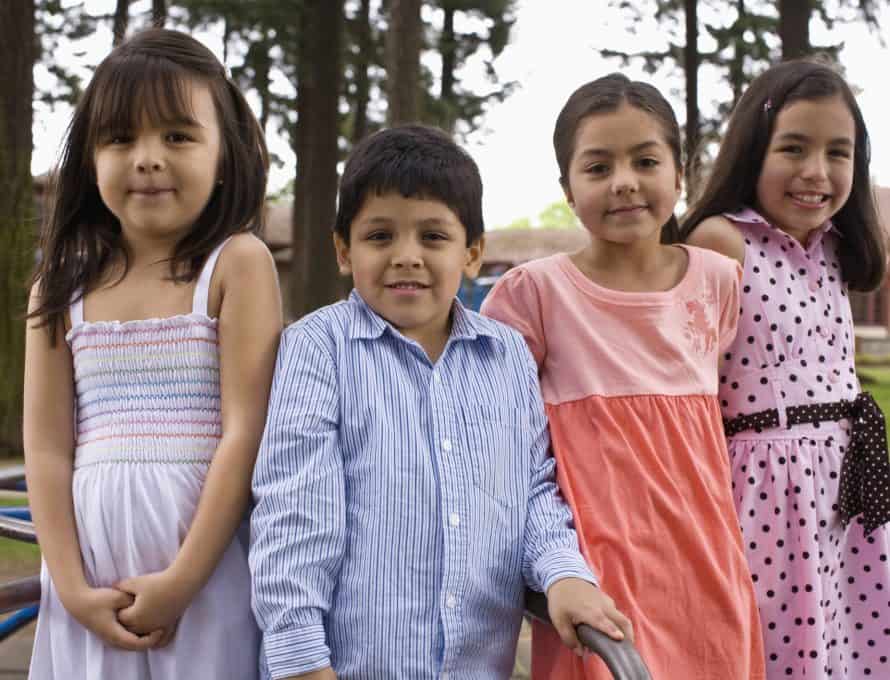 NASHVILLE – The nation’s Protestant senior pastors want the U.S. government to mix justice with mercy when it comes to immigration reform.

Most say it’s the government’s job to stop people from entering the country illegally.

They also support reform that includes a path to citizenship for illegal immigrants already in the country.

And they believe Christians should help immigrants, no matter what their legal status.

Those are among the findings of a new survey of 1,000 Protestant senior pastors from Nashville-based LifeWay Research. The survey was conducted prior to the mid-term elections. 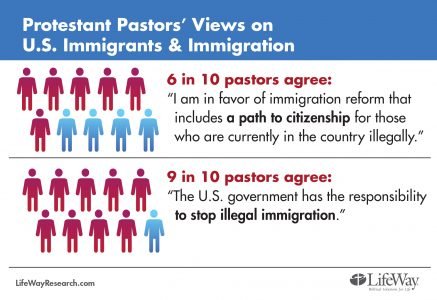 “This is one of many cases in which Christians can look at those around them and say, ‘I don’t agree with what got you to this place in life, but I will love you while you are here,’” says McConnell.

Nearly 6 in 10 of Protestant senior pastors (58 percent) agree with the statement: “I am in favor of immigration reform that includes a path to citizenship for those who are currently in the country illegally.” About a third (34 percent) disagree. Seven percent are not sure.

Most African-American pastors (80 percent) agree, as do a majority of white pastors (59 percent). Two-thirds (68 percent) of mainline pastors and more than half (54 percent) of evangelical pastors also favor a path to citizenship.

Churches want to lend a hand

Caring for immigrants can be “an opportunity to show people who Jesus is,” said McConnell.

And most (79 percent) agree with the statement: “Christians have a responsibility to assist immigrants, even if they are in the country illegally.” One in 6 (17 percent) disagree.

The new study parallels the findings of a 2013 LifeWay Research survey,

In that poll, 58 percent of pastors supported immigration reform. And about half (51 percent) said reform would help their church or denomination reach Hispanic Americans.

Other recent polling found that people in the pews have similar views to their pastors on the issue of immigration reform.

A 2014 Pew Research poll found that about two-third of Protestants (69 percent) support reform that would allow undocumented immigrant to stay in the country if they meet certain conditions. Three-quarters of Catholics (77 percent) also support reform.

Pew also found that less than half of Protestants (46 percent) say it is important that reform happens this year.

Pastors want the government
to do its job

Protestant pastors of all kinds want the government to do a better job preventing people from entering the country illegally.

Almost 9 in 10 (87 percent) agree with the statement: “The U.S. government has the responsibility to stop illegal immigration.”

“Justice, love, and mercy are all intrinsic to the Christian faith,” said McConnell. “It appears pastors see the need to end illegal immigration as an issue of justice. They also want to show love and mercy while the legal problem is addressed.”