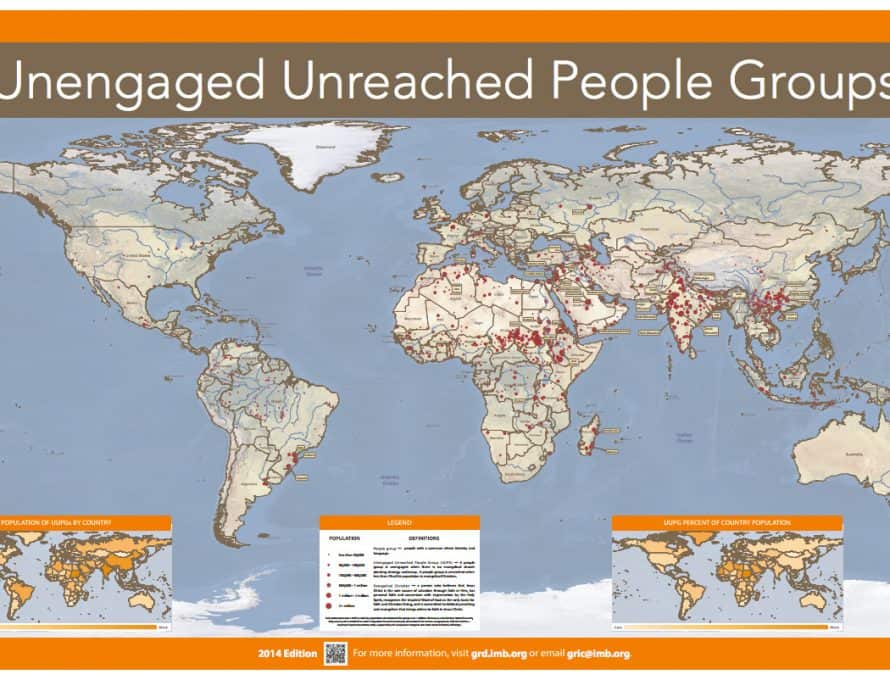 Midwestern Seminary Missions Professor Robin Hadaway called for a “course correction” in the strategy adopted by most modern evangelical mission agencies, including the Southern Baptist Convention’s (SBC) International Mission Board (IMB), in an article published earlier this fall. Prior to serving at Midwestern Seminary, Hadaway served as an IMB missionary, working among an unreached people group in North Africa and later among the people of South America.

Hadaway’s article, titled “A Course Correction in Missions: Rethinking the Two-Percent Threshold,” was published in the latest edition of the Southwestern Journal of Theology, printed by Southwestern Baptist Theological Seminary in Fort Worth, Texas.

“The philosophical basis for these reductions,” Hadaway writes, “was the adoption of the two-percent threshold.”

For many years, the IMB and other evangelical mission agencies used a 20 percent threshold to indicate which areas of the world were unreached and which were reached, Hadaway explains. If the number of evangelicals in a people group was above 20 percent, that group could be considered “reached” for the sake of mission strategy.

But in 1998 the “first version of the Church Planting Progress Indicator (CPPI) was unveiled by the IMB, featuring a precipitous drop in what had been considered the measure of ‘reachedness,’” Hadaway writes. “Two-percent evangelical believers became the new statistical benchmark for the IMB and other mission agencies. Suddenly the goal posts had been moved. How did this happen?”

The answer lies, according to Hadaway, in a decision made by Patrick Johnstone, editor of Operation World, and Luis Bush of the Joshua Project, who decided along with some others “that the twenty percent figure was too high. They determined a much lower threshold was appropriate for measuring relative ‘reachness.’” According to these evangelical mission leaders, a people group should be considered unreached if the population contains less than 2 percent evangelical believers and less than 5 percent “Christian adherents.”

Because of this shift in mission strategy, many evangelical agencies deploy missionaries primarily to groups below the two percent threshold. In an interview with The Pathway, Hadaway estimated that nearly 70 percent of IMB missionaries are sent to these unreached people groups.

Yet, according to Hadaway, this switch to the two percent threshold was “astoundingly” arbitrary and also risky.

“Unfortunately, much of modern strategy for most mission agencies is based upon such sociological sand,” Hadaway writes, explaining that, according to sociologists, particular beliefs can’t be spread throughout a society if less than 10 percent of the population adheres to those beliefs. For this reason, Hadaway advised mission agencies to return to the 20 percent threshold, or at least to a 10 percent threshold.

“I believe exiting a people group that is more than two-percent evangelical (but less than 10 percent evangelical) is the historical equivalent of the United States declaring victory in the Vietnam war, only to see the country fall three years later,” Hadaway writes.

Hadaway suggests that there are also biblical reasons for abandoning the two percent threshold as a centerpiece of mission strategy. For, while believers are definitely called to take the gospel to the “remotest part of the earth” (Acts 1:8) and to those who have never heard, they are also called to work in the harvest (Matt 9:37-38). The harvest field exists among those people groups that are especially receptive to the gospel.

Moreover, while people are often open to hearing the gospel in these harvest areas, lostness is also great in such areas, Hadaway said in an interview with The Pathway.

According to statistics reported on the IMB’s Global Research (public.imb.org/globalresearch/Pages/default.aspx), at least 818.5 million unbelievers live among the more than 4,000 people groups are below the 2 percent threshold and have virtually no evangelical witness. Many of these people groups are also hard to reach or resistant to the gospel for geographical, linguistic, cultural, religious or political reasons. Of course, Hadaway said, if some of these people groups begin to show greater receptivity toward the gospel, they should receive greater attention from mission agencies. But oversaturating resistant areas with missionaries, Hadaway warned, could in fact lead to greater resistance to the gospel.

In contrast, more than 1.5 billion unbelievers live among the 1,259 people groups where evangelicals make up between 5 and 10 percent of the population. Often, harvest fields are located among these people groups, who live in areas like South America, Mexico, Sub-Saharan Africa and even China. Yet, because mission strategists have so emphasized the two percent threshold, mission agencies are sending fewer people to reap the harvest among these people groups, Hadaway said.

In his journal article, Hadaway recognizes the significance of sending missionaries to unreached people groups around the world, but he also encourages evangelical mission agencies to remember the need and receptivity of people in the harvest fields. For this reason, he concludes with a list of strategic recommendations. He suggests that agencies send 40 percent of their missionaries to unreached people groups and 40 percent to harvest areas, while deploying 15 percent of their missionaries for training and theological education and 5 percent for field administration.

To read Hadaway’s article in the Southwestern Journal of Theology, visit www.swbts.edu/swjt/.