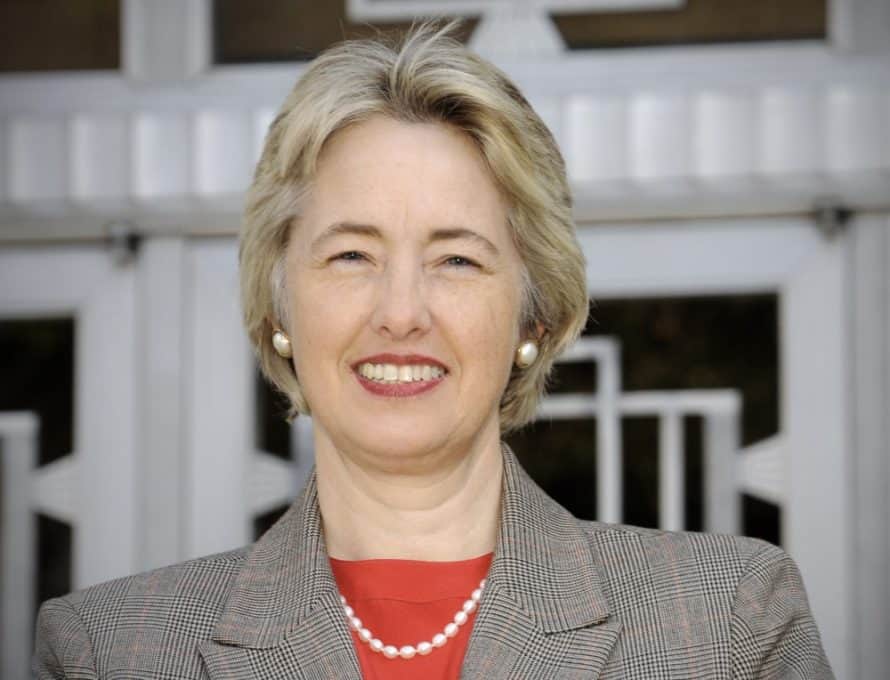 The word “subpoenas” grabbed national attention after it became known that five Houston ministers were being subpoenaed for sermons and other private correspondence regarding their opposition to the Houston Equal Rights Ordinance.

“I don’t want to have a national debate about freedom of religion,” Parker said in a news conference, according to the Houston Chronicle, “when my whole purpose is to defend a strong and wonderful and appropriate city ordinance against local attack. And by taking this step today we remove that discussion about freedom of religion.” Parker, who is openly gay, championed the ordinance known as HERO among its supporters.

The subpoenas were part of the city’s effort to defend itself against a lawsuit challenging its disqualification of a petition drive to vote on the ordinance, which has added “sexual orientation” and “gender identity” to Houston’s list of protected classifications such as race, religion, sex and disability.

Foes of the ordinance, adopted in a controversial city council vote in May, have voiced concern that it will violate the religious freedom of business owners and others who disagree with the measure’s expanded classifications.

Also, opponents say it will make women and children vulnerable to sexual predators by permitting people to use public restrooms of the gender they identify with rather than those of their natural gender.

Parker’s announcement followed meetings she had with pastors on Tuesday (Oct. 28), one with local pastors and one with seven pastors who flew to Houston to speak with the mayor, the Chronicle reported.

Myke Crowder, one of the out-of-town pastors, told the Chronicle, “What we did was to simply respectfully articulate our concerns … [to] help her to understand a broader picture than what she might have seen before. She honestly listened, she asked hard questions, fair questions, and we gave her fair and honest answers.” Crowder, from Layton, Utah, is pastor of Christian Life Church there.

An “I Stand Sunday” simulcast (http://istandsunday.com) slated for Nov. 2 will go forward, a key organizer told Baptist Press. The rally is being sponsored by the Family Research Council based in Washington, D.C. Ronnie Floyd, president of the Southern Baptist Convention, is slated to be among the featured speakers, along with former Gov. Mike Huckabee, now a Fox TV host; Ed Young, a former SBC president and longtime pastor of Houston’s Second Baptist Church; “Duck Dynasty” personality Phil Robertson; and Fox News commentator Todd Starnes.

Floyd, in an Oct. 29 statement to Baptist Press, said he still plans to be there. “We look forward to holding high the necessity of religious liberty in our nation as well as the desperate need for revival in the church and spiritual awakening in America,” Floyd said.

The subpoenas, which broke into the news in mid-October though they were issued in September, have been met with widespread protest and alarm.

Baptist theological conservatives and moderates, for example, joined in an Oct. 16 letter to Parker asking her and the city “to acknowledge that the issuing of these subpoenas is improper and unwarranted, in order to ensure that such will not happen again. Whatever a church or synagogue or mosque or any other religious body believes about marriage or sexuality, the preaching and teaching of those bodies should be outside the scope of government intimidation or oversight.”

“This is about more than ‘walking back’ a bad public relations move,” the Baptist leaders, including Russell D. Moore of the SBC’s Ethics & Religious Liberty Commission, said in the letter. “This is about something that is fundamental to basic, self-evident rights … endowed not by government but by nature and nature’s God.”

Floyd, in an Oct. 20 blog as SBC president, wrote, “Regardless of the nature of communications they want from the pastors and churches, this … is a clear attempt to silence the voice of the Church in Houston, Texas, America, and the world….

“Southern Baptist family, we must rise up together and be clear in Houston and beyond,” Floyd, pastor of the multi-campus Cross Church in northwest Arkansas, wrote. “While many in mainline denominations will shy away from this discussion, and some evangelicals may also be silent, as Baptists, we must rise up and be very clear…. God alone is the Lord of the conscience and Government has no right to manipulate or intimidate any of us regarding religious conviction and practice.”

Huckabee, in a commentary about “the heavy-handed” Houston mayor during his Oct. 18 “Huckabee” program on Fox, said, “So, I’ve got an idea — if she wants some sermons, here’s my suggestion. I’d like to ask every pastor in America, not just the ones in Houston, send her your sermons. Obviously, she could use a few. So, if you’re a pastor, send them to her. And here’s another thought, everybody watching the show ought to send her a Bible. That’s right, everybody. I hope she gets thousands and thousands of sermons and Bibles.”

News reports have acknowledged an influx of sermons to Parker’s office through such protests by Huckabee and others.

“Should the government demand that pastors hand over their sermons, sermon notes and even correspondence with their members?” Huckabee asked in his commentary. “Sure, it happens in North Korea, China and Iran, but should churches in America just sit back and shut up when their religious liberty, free speech, freedom of assembly and freedom of religion is directly threatened? Just when you thought someone in government couldn’t display greater disregard for the Constitution after all the things like the IRS scandals, spying on reporters, collecting our emails and phone records, and forcing taxpayers to fund the slaughter of unborn children, we see yet another stunning example of reckless abuse of power.”

In addition to Huynh, the other subpoenaed ministers are Dave Welch, executive director of the Houston Area Pastor Council, and three pastors: Steve Riggle of Grace Community Church, where the I Stand Sunday rally will be hosted; Magda Hermida of Magda Hermida Ministries; and Hernan Castano of Rios de Aceite. The ministers are not plaintiffs in the lawsuit against the city but have been outspoken in their opposition to the ordinance as members of the No UNequal Rights Coalition.

After enactment of the ordinance in May, opponents began a petition drive to place repeal of the ordinance before Houston voters. They submitted about 31,000 signatures — among more than 50,000 collected and nearly 14,000 more than required to qualify for a referendum. City attorney David Feldman, however, disqualified enough of the signatures to prevent a vote on repeal. In response, HERO opponents filed suit, seeking to gain court approval for a referendum. A court hearing is scheduled for January.

The subpoenas had demanded a wide range of communications by the ministers, including not only emails and text messages but: “All speeches, presentations, or sermons related to HERO, the Petition [for a referendum to overturn the ordinance], Mayor Annise Parker, homosexuality, or gender identity prepared by, delivered by, revised by, or approved by you or in your possession.” The city threatened contempt of court charges — with the possibility of fines and/or jail time — if the pastors did not comply. The word “sermons” later was dropped but failed to quell the outcry.

The I Stand Sunday simulcast is slated to begin at 6 p.m. Central time, originating from Grace Community Church, 14505 Gulf Freeway in Houston.