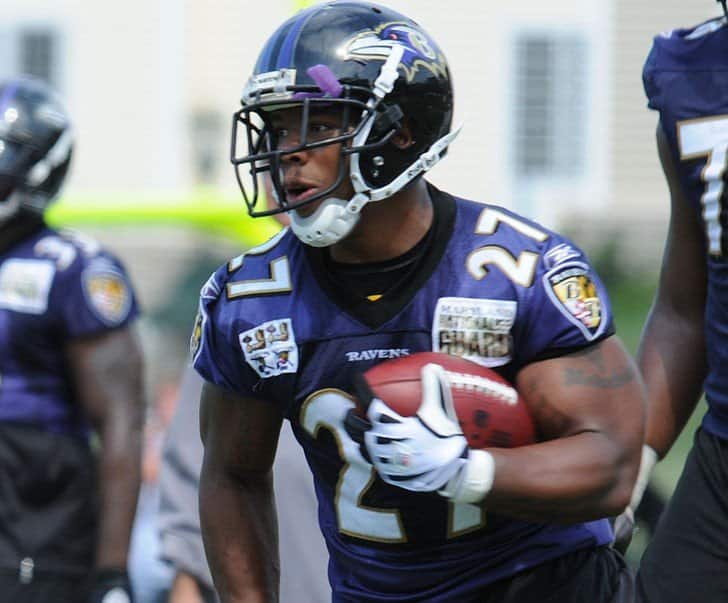 By now you’ve undoubtedly heard about the horrific video of Baltimore Ravens running back Ray Rice knocking his then-fiancée unconscious inside a casino elevator. The Ravens have terminated Rice’s contract, and the NFL has placed him on indefinite suspension.

Rice’s actions were reprehensible, and the NFL’s handling of the matter at this point has been questionable at best, and shameful at worst.

Now, what should Christians make of all this? The first thing is perhaps the hardest but certainly the most important. We should pray for Rice and his family. All of us stand in need of God’s grace, and we serve a God who can redeem anything and anyone. We serve a Savior who died for every man and woman, no matter how vile their actions or deep their deceptions. To refuse to pray is to deny these basic tenets of our faith.

And second, we should ask ourselves some long-overdue questions about how we play and watch the games we do.

The Rice story was only the latest in a never-ending series of tales that are more apt for “America’s Most Wanted” than Monday Night Football.  Scarcely a fortnight goes by when we don’t read about an NFL player—or in the case of the Indianapolis Colts, an owner—being arrested for serious offenses that would land most ordinary Americans behind bars.

And then there’s the concussion issue. It’s become clear that the people we watch on Saturdays and Sundays are, like other athletes in a handful of other sports, taking serious risks with their long-term health.

And yet we choose not to see these things as we continue to watch our games.

We might say, in fact, that Americans suffer from an epidemic of not looking.

It’s not only football. Many of the defining pleasures and comforts of modern American life require not looking. An obvious example is abortion. As Mother Teresa famously put it, “It is a poverty to decide that a child must die so that you may live as you wish.” This so-called “freedom of choice” is only possible because people do not look very closely at what is actually being chosen.

Closer to home—in fact as close as your pocket—are the gadgets we consider indispensable, even though they were scarcely dreamt of a decade ago. As comedian Louis CK pointed out recently on an HBO special, many of our smartphones and tablets are built in factories where the conditions are so terrible that people jump off the roof to escape their suffering.

It’s absolutely true that globalized commerce has lifted millions out of poverty. But as Louis CK acerbically put it, in many cases, we choose to let someone far away “suffer immeasurably” so we can leave mean comments on YouTube while we’re in the bathroom.

Now it’s an exaggeration, of course; but what isn’t an exaggeration is that Christians ought never decline to look in good conscience. Mindless consumption, whether of stuff or of entertainment, is incompatible with Christian faithfulness. Trust me, this comes from someone who loves football—not as much as March Madness, of course, but I still love it.

Now does this mean that a Christian shouldn’t watch the NFL? I don’t claim to have the answer for that. But it does mean that we can’t look the other way and assume that just because it’s normal it’s somehow good. If hiding from the truth is the price to be paid for loving football, then it’s a far-too-costly love, a love that is incompatible with the love of God and our neighbors who play the game.