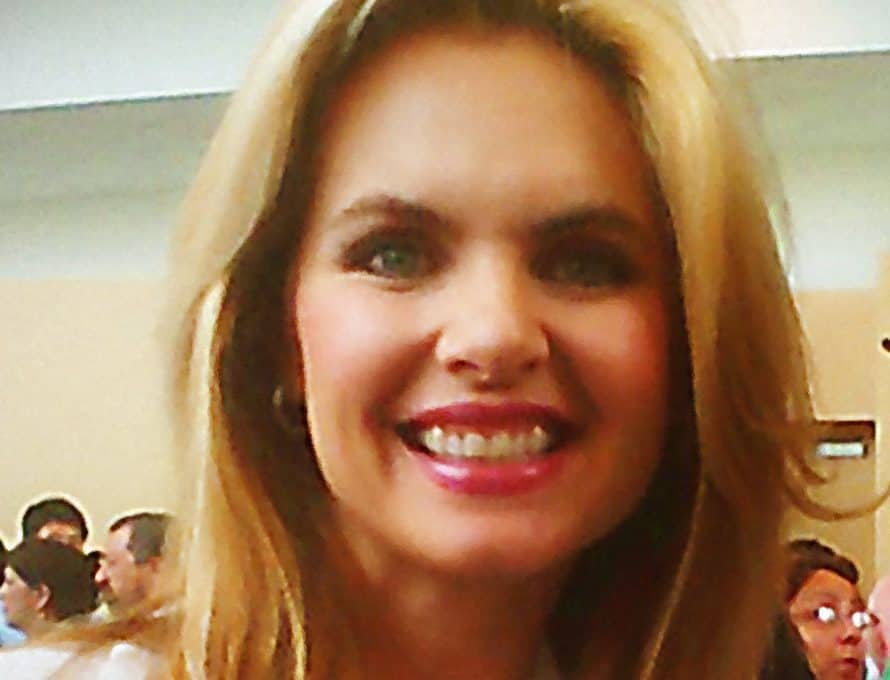 LOUISVILLE, Ky. (BP) – The evangelical world, joined by no shortage of secular observers, has been abuzz about the latest soundbite of note from the Pastors Osteen  –  this time offered by Victoria Osteen as her husband Joel beamed in the background.

In her message, Victoria Osteen tells their massive congregation to realize that their devotion to God is not really about God, but about themselves. “I just want to encourage every one of us to realize when we obey God, we’re not doing it for God  –  I mean, that’s one way to look at it –  we’re doing it for ourselves, because God takes pleasure when we are happy…. That’s the thing that gives Him the greatest joy….”

She continued: “So, I want you to know this morning  –  Just do good for your own self. Do good because God wants you to be happy…. When you come to church, when you worship him, you’re not doing it for God really. You’re doing it for yourself, because that’s what makes God happy. Amen?”

Judged in theological terms, the Osteen message is the latest and slickest version of prosperity theology. Prosperity theology, promising that God rewards faith with health and wealth, first appealed to those described as “the dispossessed” – the very poor. Now, its updated version appeals to the aspirational class of the suburbs.

There is nothing really new in this message. Anyone familiar with the New Thought movement and later books such as Napoleon Hill’s Think and Grow Rich will see a persistent theme. The important issue is this – prosperity theology is a false Gospel. The problem with prosperity theology is not that it promises too much, but that it aims for so little. What God promises us in Christ is far above anything that can be measured in earthly wealth  –  and believers are not promised earthly wealth nor the gift of health.

But to talk of the promises of God to believers is actually to jump outside the Osteen audience. The Osteen message does not differentiate between believers and unbelievers – certainly not in terms of the Gospel of Jesus Christ. In their sermons, writings and media appearances, the Osteens insist that God is well-disposed to all people and wills that all flourish, but there is virtually no mention of the Gospel of Jesus Christ. No reference to sin as the fundamental issue. No explanation of atonement and resurrection as God’s saving acts; no clarity of any sort on the need for faith in Christ and repentance of sin.

Instead, they focus on happiness and God’s “immeasurable favor” to be poured out on all people, if they will only correct their thinking.

As a thought exercise, let’s just limit the consideration to those people who have identified as Christians throughout the centuries. Does the Osteen message come close to their experience? Would it even make sense?

Just consider the fact that most Christians throughout the history of the church have been poor, and often desperately poor. They were not hoping to move into a suburban mini-mansion, they hoped to be able to feed their children one more day. That picture is still true for millions upon millions of Christians around the world today.

And that is just the start of it.

What about all those who are even now suffering persecution for their faith in the Lord Jesus Christ? What about the loved ones of the martyrs in Mosul? What about the Christians forced out of their homes and threatened with genocide? What about the children of Christians slain in Iraq and Syria just in recent weeks, or those martyred by Boko Haram in Africa? How does prosperity theology work for them?

Well, maybe. Prosperity theology certainly sells books and draws crowds in the United States, but what does it possibly say to a grieving Christian wife and mother in Iraq? How can it possibly be squared with the actual message of the New Testament? How can any sinner be saved, without a clear presentation of sin, redemption, the cross, the empty tomb and the call to faith and repentance? Prosperity theology fails every test, and fails every test miserably. It is a false gospel, and one that must be repudiated, not merely reformatted.

God’s pleasure in his human creatures centers in his desire and will that they come to faith in Jesus Christ and be saved. The great dividing line in humanity is not between the rich and the poor, the sick and the well, or even the happy and the unhappy. The great divide is between those who, in Christ, have been transferred from the kingdom of darkness into the kingdom of God’s glorious light.

Mere happiness cannot bear the weight of the Gospel. The message of the real Gospel is found in John 3:16: “For God so loved the world, that he gave his only Son, that whoever believes in him should not perish but have eternal life.” That is a message that can be preached with a straight face, a courageous spirit, and an urgent heart in Munich, in Miami, or in Mosul.