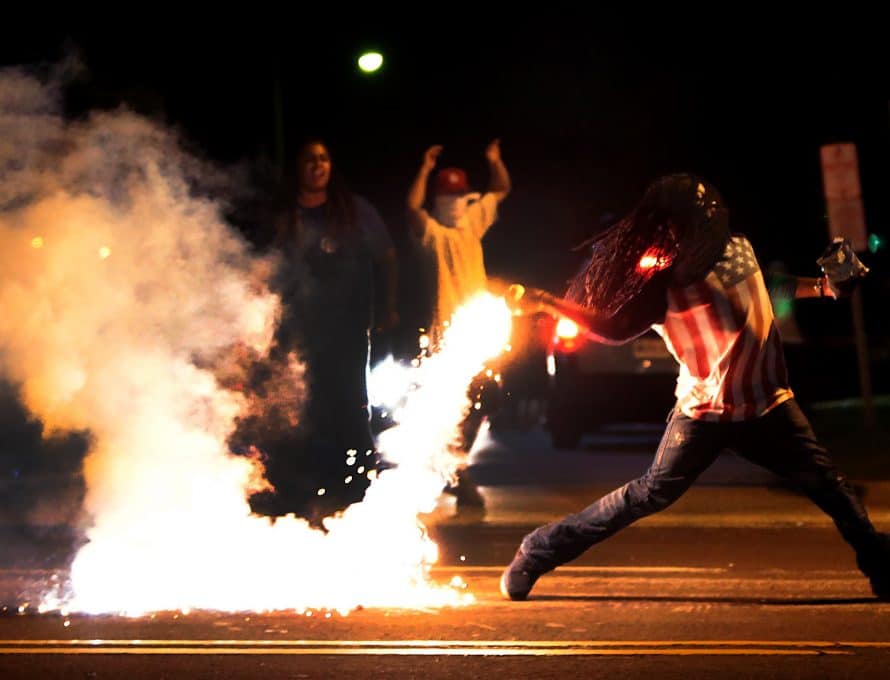 LOUISVILLE, Ky. (BP) – On Aug. 9, Michael Brown, an unarmed 18-year-old African-American, was shot six times by Darren Wilson, a white Ferguson police officer. His family has called for justice in his shooting while urging residents of Ferguson to abstain from violence, but many African-Americans and some whites have taken their anger to the city’s streets in protest.

As an African-American Christian, my first reaction to this sad story of a young man’s life cut short consists of anger and sadness as yet another African-American family grieves the death of a son. However, I am not surprised by this tragedy or the subsequent events in the aftermath of Brown’s shooting and death.

The reason is simple: Adam’s transgression has enduring effects on the human race to the present day.

God warned of a universal curse of judgment if Adam disobeyed His command in the Garden of Eden. As soon as Adam disobeyed, the curse of sin and death fell upon all of creation. Once sin’s lethal fangs sank its teeth into God’s good creation through Adam’s transgression, the entire creation became subject to sin’s tyrannical power. Sin first manifested its malevolent bent toward violence when Adam’s son Cain murdered his brother Abel.

The Bible presents the gospel of Jesus Christ as the solution to the enduring effects of Adam’s transgression on humans and their relationships, including race relations. God offered His Son, Jesus Christ, to die on the cross and to resurrect from the dead to reverse the universal curse of Adam’s transgression and to reconcile sinners both to Himself and to one another.

The gospel teaches that the only way to defeat sin’s weapon of violence and to reconcile race relations in places like Ferguson is with the blood-bought, resurrection-empowered and reconciliatory gospel of the Lord Jesus Christ. It proclaims a message of hope to individuals of all races even during this dark time in American history.

Unfortunately, because of the enduring effects of Adam’s transgression on race relations, Brown’s story will not be the last report of a policeman gunning down an unarmed African-American under questionable circumstances.

No human or natural effort or device will be able to stop these enduring effects of Adam’s transgression – neither marches nor protests, neither laws nor policies, neither arrests nor police brutality, neither tear gas nor guns, neither programs nor propaganda, and neither campaigns nor inspiring speeches from famous leaders.

Christians who want to see racial tensions subside must believe, proclaim and live the gospel of Jesus Christ; they must allow it to move them to gospel-action in the church and in society. Christ-followers must preach the biblical gospel that centers on the death and resurrection of the Messiah who died on the cross to save sinners from every tongue, tribe, people and nation. And Christians must become engaged in the various racial problems that face their communities, acting out the gospel in their churches and in society.

Though we cannot put to death the enduring effects of Adam’s sin, we can create pockets of reconciliation and oases of hope for all who come to God through faith in Jesus Christ – until that Day when Jesus will make all things new.