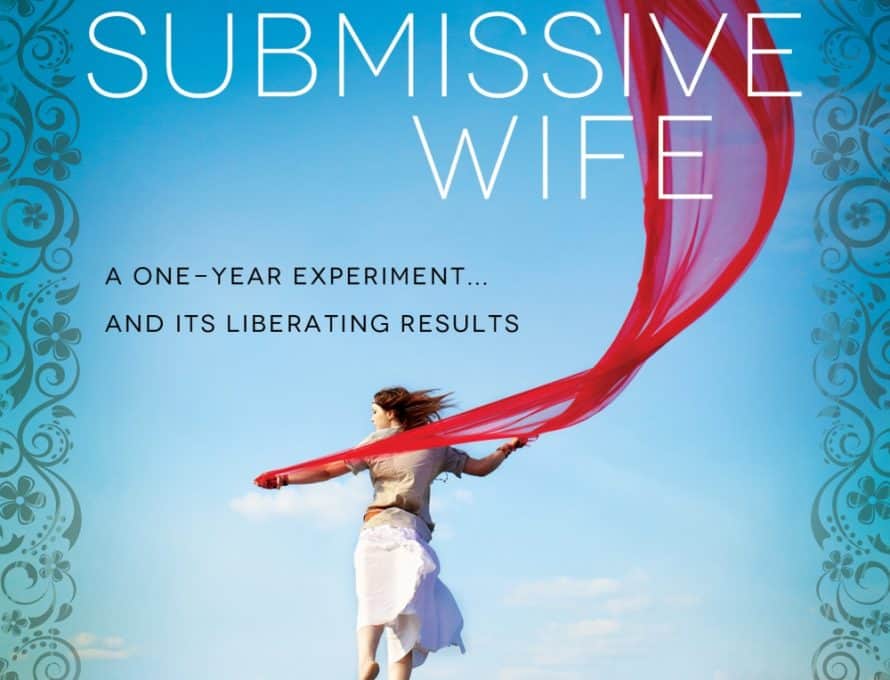 COLORADO SPRINGS (BP) – Sara Horn’s “70s-era parents” raised her to believe that she could do or be whatever she wanted.

“For a long time I didn’t even want to look at those passages in the Bible that talk about submission.”

In the interview, Horn painted a picture of her marriage before experimenting with Scripture-based submission.

She said her husband Cliff is “sweet, laid back, easygoing,” thus she was the “more assertive spouse” in the marriage. His kindness and her strong-willed assertiveness often led to her getting her way. But it hadn’t been satisfying.

“I was stressed and I was frustrated a lot. I just came to the point in my life where I was looking at these verses in the Bible and what God [says] about submission.” She thought to herself, “I see God’s Word as my authority, I want to be more like Him, and if He has these verses in the Bible then there’s got to be something to it. I need to say, ‘Okay, what is it about being biblically submissive that God wants me to know?’”

She called him when he was at work one day to propose the idea of an experiment in biblical submission during which she would record what was happening.

Cliff’s initial response was negative. “He said, ‘You and I aren’t like that. You and I are partners. We do life together. It’s not one person says do and the other person does. We just work together.’”

“I get that, and that’s what I’ve always thought,” she told Cliff, “but I’m thinking there’s more that God wants for us in our marriage, and I’d like to look at it.” A few hours later Cliff called back and gave his approval.

The book encourages readers to leave their pre-formulated opinions behind to search for what God says about the marital relationship.

Asked about the first “wall” she “hit,” Horn said her first major mistake came one day after Cliff returned from deployment. They were living with Cliff’s parents, and in order to speed up the moving process financially, she applied for a part-time job in town.

Mentioning it to Cliff didn’t cross her mind until she received a call to interview for the job. Cliff was convinced it was a bad idea and expressed his frustration that she hadn’t consulted him. Less than a month after she began work, she realized he was right.

“Submissive wives don’t just run off and apply for positions without maybe mentioning it to their husbands,” Horn added tongue in cheek of the lesson she learned about getting her husband’s input.

Learning to be submissive was a hands-on, daily process, Horn told Daly and Fuller in the May 21 broadcast. Nevertheless, the experiment had a positive effect on her marriage.

“What I found was that when I step back just a little bit and allow my husband the room to lead our family – whatever that looks like – we were often more on the same page with decisions, because he would listen to my thoughts, my opinions, and he would process that,” Horn said.

She summarized the experience by clarifying that biblical submission did not require losing herself but simply “giving [herself] to the Lord first and then looking for ways to love and help [her] husband.”

“First and foremost you are submitting yourself to God, and that, I think, is the heart of it. It is not a matter of obeying your husband for the sake of obedience. You’re first just obeying your Lord and recognizing His authority in your life.”

“I think it’s interesting that in every organization, in every company – even clubs – we have a leader, and yet when it comes to marriage, which is the foundational institution of our culture today, we don’t want any leadership there.”

Horn related submission to her role as a military wife, saying, “My husband is military, and we’ve kind of worked it out that there is a chain of command. That does not mean that I am less significant; it simply means that there is an order to our relationship and that he is leading the way. I am supporting and we are on this journey together.”

In addition, Horn has written three titles specifically for the military wife: “God Strong,” the LifeWay Bible study “Tour of Duty” and a practical e-book called “Weekend Warrior No More” for reserve and guard spouses. Her last three books are for all women: “My So-Called Life as a Proverbs 31 Wife,” “My So-Called Life as a Submissive Wife” and her newest book, “How Can I Possibly Forgive? Rescuing Your Heart from Resentment and Regret,” which releases in October.