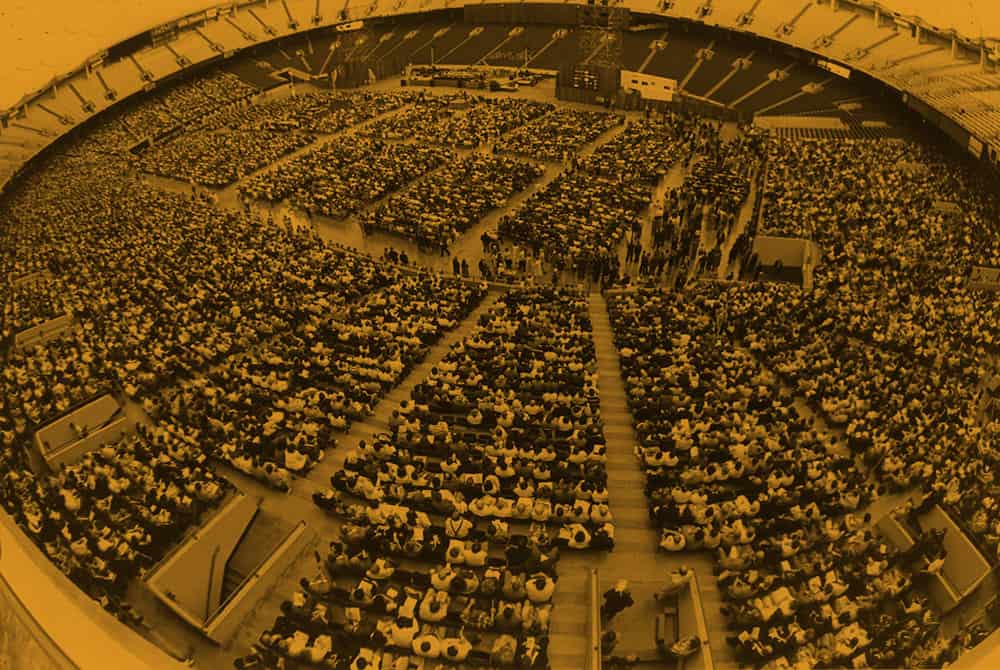 NASHVILLE (BP) – When a retired Air Force general’s concern over homosexuality prompted an amendment to the Southern Baptist Convention’s constitution two decades ago, few observers realized that his impulse to defend biblical morality would prove instrumental in helping the convention resist pressure to legitimize same-sex relationships for years to come.

“Homosexuality was being promoted and was making progress … and we wanted to protect the Southern Baptist Convention from [a] nickel and dime whittling away of standards and promoting acceptance of homosexuality,” said T.C. Pinckney, 84, a former member of the SBC Executive Committee who at a 1992 EC meeting proposed amending the SBC constitution to declare churches that condone homosexuality “not in friendly cooperation” with the convention.

Two generations later, young SBC leaders say stands for biblical morality like Pinckney’s are the “confessional bedrock” that has prevented the convention from capitulating to the push for sexual license.

God particularly blesses “confessional movements,” Christian groups that make formal statements of their beliefs and hold themselves accountable to abide by those beliefs, Owen Strachan, 32, president of the Council on Biblical Manhood and Womanhood, told Baptist Press. Confessional denominations “are driven by a rich, rock-ribbed statement of biblical theology and gospel teaching. I don’t have a lot of confidence in this day and age for churches whose identity is not grounded in a strong statement of what they believe.”

In recent months Baptists inside and outside the SBC have made pushes to normalize homosexuality. Within the convention, a California pastor announced that he no longer views all homosexual acts as sinful. The SBC Executive Committee could consider action related to his church at its September meeting.

Outside the convention, a Washington, D.C., congregation called a transgender transitions pastor last month and a Kentucky church began performing gay weddings. Both churches had previously withdrawn from the SBC.

Pinckney’s motion came during the closing session of a February 1992 EC meeting after he failed to get the motion reported out of a subcommittee. He moved that the EC’s administrative subcommittee “recommend a change in the SBC Constitution and/or Bylaws” to include measures against any church “affirming, approving, or endorsing in any way the practice of homosexuality.”

Stemming from Pinckney’s motion, the SBC took an initial vote to amend its constitution the following June in Indianapolis. Since a constitutional amendment required messenger approval at two consecutive annual meetings, final approval came at the 1993 meeting in Houston.

The amendment to Article III of the SBC Constitution stated, “Among churches not in cooperation with the Convention are churches which act to affirm, approve, or endorse homosexual behavior.” Previously the constitution said only that the convention would receive messengers at annual meetings from churches “in friendly cooperation with the convention and sympathetic with its purposes and work” and which were “bona fide” contributors “to the Convention’s work during the fiscal year preceding.”

The SBC’s attorneys said the convention had authority to declare gay-affirming churches not in friendly cooperation before the constitution was amended. But then-EC chairman David Hankins, who now serves as executive director of the Louisiana Baptist Convention, said the amendment was to “make explicit in the constitution what has always been implicit.”

The convention exercised its implicit power in 1992, declaring two North Carolina congregations not in friendly cooperation and withdrawing fellowship from them. The two churches were Pullen Memorial Baptist Church in Raleigh, which voted to bless the union of two homosexual males, and Binkley Memorial Baptist Church in Chapel Hill, which voted to license a homosexual to the ministry.

Pinckney said he initiated the amendment because the SBC needed to state its position on homosexuality as early as possible in order to avoid compromise as culture gradually normalized gay behavior.

“People have a tendency to allow things that are happening little by little just to proceed,” Pinckney told BP. “[They say,] ‘That’s not a significant thing. We can just go on and ignore that.’ But it’s like the drip, drip, drip of a faucet. It builds up and gets worse. The frog that is put into the water and the water is heated up gradually is boiled before he realizes what’s happening to him.”

Ed Young, SBC president from 1992-94 and pastor of Second Baptist Church in Houston, told BP the amendment relied on “the authority of Scripture” and ensured that the convention’s position was “clearly stated.”

Adopting the amendment “almost takes debate off the floor of the convention” related to churches that affirm homosexuality, Young said, “which would be inflammatory as far as the media goes.”

“I strongly supported the SBC’s action to clarify churches endorsing homosexuality were not in friendly cooperation,” Floyd told BP in an email interview. “The events of the last 20 years have validated the wisdom of this action as our culture has moved further and further from biblical sexual ethics.”

Floyd noted the amendment was not the convention’s only expression of biblical truth related to homosexuality.

“The constitutional amendment was significant because it made clear that Southern Baptists would not succumb to those who were willing then – and are increasingly willing today – to compromise biblical convictions in exchange for cultural approval,” Floyd, pastor of Cross Church in northwest Arkansas, said.

Since 1976, the SBC has adopted at least 26 resolutions expressing opposition to homosexual behavior. Many also explain the hope and healing available to people with same-sex attraction if they will repent of their sins and trust Jesus as Lord and Savior.

The convention’s first resolution on homosexuality in 1976 noted that “homosexuality has become an open life-style for increasing numbers of persons” and urged “churches and agencies not to afford the practice of homosexuality any degree of approval through ordination, employment, or other designations of normal lifestyle.”

Sarah Maddox was among Southern Baptists’ early visionaries regarding homosexuality. In the 1970s and 1980s, she had a speaking ministry that encouraged women to contend for Judeo-Christian values in the public square. One message that Maddox delivered on several occasions warned that homosexuality could be viewed as morally acceptable one day.

“I made this statement: If we don’t do something about the homosexual situation, one day it’s going to be considered as natural and normal,” Maddox told BP.

She said the warning “obviously had to be something God showed” her because she “never dreamed” homosexuality “would be thought of as natural and normal.” Maddox believes godly leaders deserve thanks for helping the SBC maintain its biblical moorings amid cultural change.

This steadfastness may be attributable to “godly leaders” who “have seen to it that we follow the biblical teachings,” Maddox said. “That’s why I’m a Southern Baptist – because we have stood by biblical principles and we have followed God’s teaching.”

One Southern Baptist leader to warn that homosexuality could become a cultural threat was R. Albert Mohler Jr., editor of Georgia Baptists’ Christian Index newsjournal from 1989 to 1993. In a 1992 editorial Mohler wrote that “Southern Baptists no longer have the false comfort” of regarding homosexuality “as someone else’s problem. The moral and theological integrity of our denomination is at stake, at every level.”

Mohler, now president of Southern Baptist Theological Seminary, predicted in his editorial, “Issues of sexuality will divide American society in the 1990s just as the Vietnam War produced the divisions of the 1960s and ‘70s.”

In the 21st century, leaders’ predictions largely came true, but the constitutional amendment they worked to put in place helped Southern Baptists resist the pressure to condone homosexual behavior.

Owen Strachan, a professor at Southern Seminary who contributed to the response to Matthew Vines, said the SBC’s history of standing for biblical sexuality bodes well for its future.

“As a young Southern Baptist, I am personally grateful for leaders of recent decades who have done the hard thing and frankly have also acted with impressive foresight to safeguard the denomination from the kind of challenges we’re facing,” Strachan said.