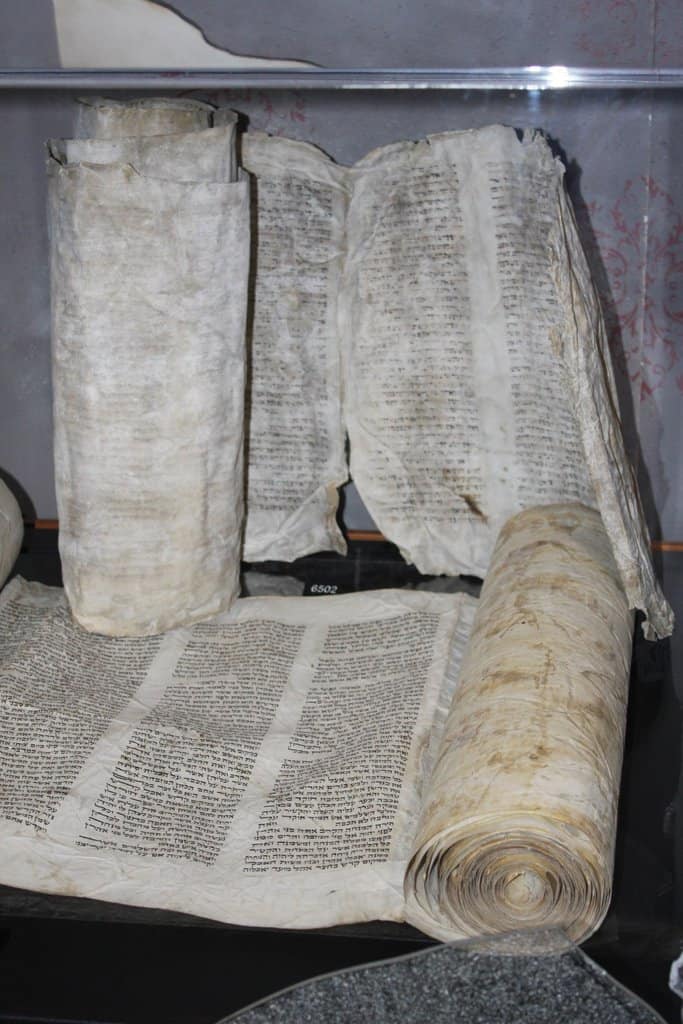 SPRINGFIELD – “The nature of God’s Word is to be persecuted,” wrote the 16th-century Reformer William Tyndale, whose biblical translations and writings are showcased among 450 other rare biblical and historical artifacts here at “Passages: Treasures of the Bible,” an exhibition of items from the Oklahoma-based Green Collection.

Among the artifacts displayed at “Passages,” none show the truth of Tyndale’s statement more vividly than a collection of Hebrew scrolls that survived the Holocaust. Some scrolls had been burned. Others had been confiscated and hidden away. Still others had been desecrated and reused to make wallpaper, slippers, satchels and notebook covers.

Nevertheless, God’s Word has survived. As this collection shows, “Passages” traces the history of God’s Word, a history of both persecution and of endurance.

In fact, the Word of God has survived not only persecution, but also centuries of scribal transmission – which is a feat, considering the labor involved in transcribing Hebrew Scrolls, word by word and letter by letter, often in poor lighting. The Dead Sea Scrolls, some of which are displayed at the “Passages” exhibit, confirm that God’s Word remained accurate through centuries of transmission. What Bible readers have today – although in bound translations – reflects what Bible readers had in the time of Christ.

And God’s Word endured through the 16th century, when the age of print made Bibles cheaper and more easily accessible and when both Renaissance and Reformation writers urged people to return to this fount of the Christian faith. Of course, the print industry brought its own problems – namely, in the way of printer’s errors. Take, for example, the “Child Killer” Bible, which mistakenly printed Mark 7:27 as, “Let the children first be killed,” instead of “filled.” Visitors to the “Passages” exhibit can read the faulty print job themselves. But, of course, such errors were anomalies. God’s Word actually thrived in the early age of print.

But it was not long after this that scholars began to dispute the truth of Scripture – a reality portrayed at the “Passages” exhibit by a lithograph created by the Surrealist artist Salvador Dali in 1975. This piece of art, called “The Dream of Moses,” was inspired by Sigmund Freud’s Moses and Monotheism, a book in which Freud argued that Moses’ writings were inspired by Egyptian religious ideas. Scripture has faced this and other intellectual challenges during the past 300 years, yet it has endured – defended by Christian intellectuals and by God Himself, as He uses it to transform the lives of men and women around the world.

The 30,000-square-foot, interactive “Passages” exhibit opened in Springfield on April 12 and will remain until Jan. 3, 2015. The exhibit is located at 3534 E. Sunshine, Springfield, Mo. 65809. To learn more about the exhibit or purchase tickets, visit www.explorepassages.com.