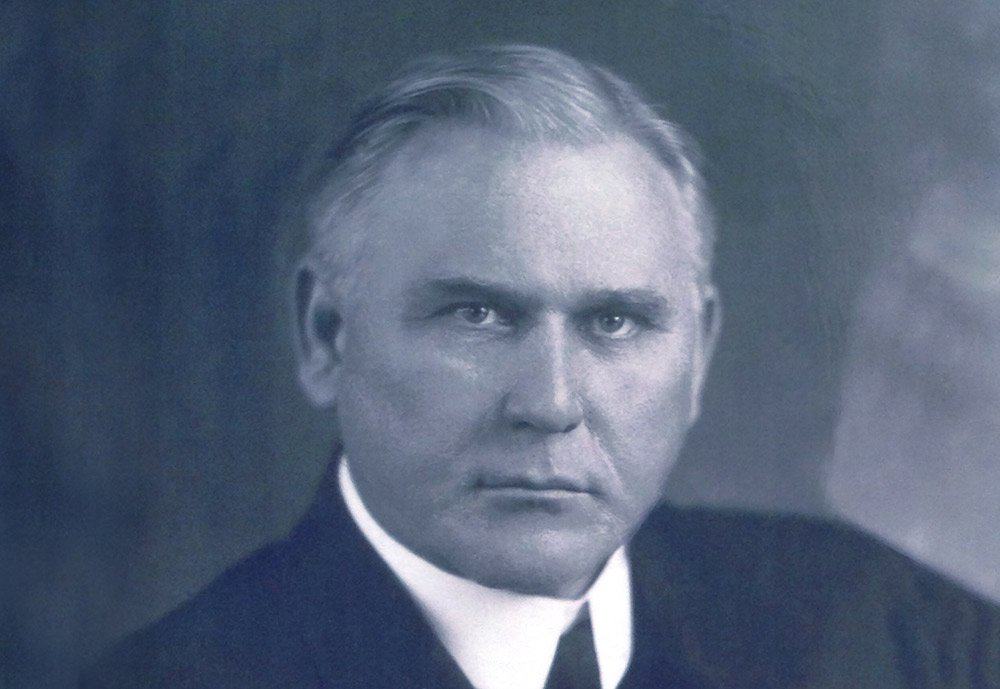 NASHVILLE (BP) – On the 70th anniversary of George W. Truett’s death, present and former pastors of First Baptist Church in Dallas, Texas – where Truett pastored for 47 years – said his most famous sermon on religious liberty has implications for the advance of secularism, the Supreme Court’s Hobby Lobby decision and GuideStone Financial Resources’ legal fight against the Obama administration’s abortion/contraceptive mandate.

“I think I have probably read every word [Truett] wrote, visited at length with those left who knew him best and had access to minutes of the church’s long history,” O.S. Hawkins, pastor of First Baptist Dallas from 1993 to 1997, told Baptist Press in written comments. “And there is no doubt in my mind that Dr. Truett would have been in the forefront of those celebrating the Hobby Lobby victory and would be cheering us on at GuideStone (which he helped to found in 1918) in our own legal battle with HHS [Healthe and Human Services.]”

Last month the Supreme Court ruled that Hobby Lobby and other “closely held” companies may exercise their religious freedom and conscientiously object to providing abortion-inducing contraceptives to employees through their health insurance plans. GuideStone has filed its own legal challenge to the abortion/contraceptive mandate, which still imposes objectionable requirements on certain religious non-profit organizations despite the Hobby Lobby ruling.

Robert Jeffress, current pastor of First Baptist Dallas, and Mac Brunson, pastor of the church from 1999 to 2006, also lauded Truett’s legacy of religious liberty, especially his address “Baptists and Religious Liberty,” delivered May 16, 1920, on the east steps of the U.S. Capitol Building in Washington, D.C.

The Southern Baptist Convention held its annual meeting in Washington in 1920, and with no scheduled activities on Sunday afternoon, the city’s Baptists asked Truett to present an address on religious liberty. Some 15,000 people were in attendance, including Supreme Court justices, presidential cabinet members, senators, congressmen and foreign ambassadors. Truett spoke for an hour and 15 minutes without notes or a microphone. His words became what one Baptist historian called “one of the most often quoted Baptist statements of religious liberty in the twentieth century.”

The address was translated into multiple foreign languages, and the Portuguese version helped win religious liberty in Brazil.

Truett died on July 7, 1944, from Paget’s disease, a form of bone cancer. His obituary ran on the front page of the Dallas Morning News, overshadowing World War II news from Europe and the Pacific. Among the institutions that bear Truett’s name are Georgia’s Truett-McConnell College, the Truett Auditorium at Southwestern Baptist Theological Seminary and Truett Memorial churches in Denver, Colo., Hayesville, N.C., and Los Angeles, Calif.

“It is the natural and fundamental and indefeasible right of every human being to worship God or not, according to the dictates of his conscience,” Truett said in his 1920 address, “and, as long as he does not infringe upon the rights of others, he is to be held accountable alone to God for all religious beliefs and practices. Our contention is not for mere toleration, but for absolute liberty.”

The basis for religious liberty is “the absolute lordship of Jesus Christ,” Truett said. The New Testament is Christ’s standard of faith and practice, and it emphasizes that each individual must approach God for himself or herself. “There can be no sponsors or deputies or proxies in such [a] vital matter,” Truett said.

All human governments should grant religious liberty, Truett said, because the Bible implies that a free church in a free state is God’s will.

“The utterance of Jesus, ‘Render therefore unto Caesar the things which are Caesar’s, and unto God the things that are God’s,’ is one of the most revolutionary and history-making utterances that ever fell from those lips divine,” Truett said. “That utterance once and for all, marked the divorcement of church and state. It marked a new era for the creeds and deeds of men. It was the sunrise gun of a new day, the echoes of which are to go on and on and on until in every land, whether great or small, the doctrine shall have absolute supremacy everywhere of a free church in a free state.”

“We are very happy for all our fellow religionists of every denomination and creed to have this splendid flower of religious liberty, but you will allow us to remind you that you got the seed in our Baptist garden,” he said.

Truett went on to argue that the flourishing of religious liberty depends on a thriving church and the implementation of righteous public policy. Evangelism and Christian schools are both vital influences in a free society, he said. Truett also advocated prohibition of alcohol and the formation of the League of Nations, a precursor organization to the United Nations.

Jeffress told Baptist Press in written comments that some Christians distort Truett’s vision of religious liberty and suggest that he “would want to limit the church’s influence in the world.” But “nothing could be further from the truth.”

July 6 Jeffress read during his sermon from an address Truett delivered to the Baptist World Alliance (BWA) in 1911. In that address, Truett said America should be marked by Christianity.

“The task of America is that she herself becomes thoroughly and truly Christian,” Truett told the BWA. “Brethren, this mighty America can command the conversion of the world on one condition only, and that is that she be Christian through and through, and that is the preeminent call of this hour to America.”

Truett’s concept of separation of church and state “is vastly different than that of secularists today. Dr. Truett believed that the wall was a ‘one-sided wall’ meant to protect the church from encroachment by the government,” Jeffress said.

Truett “believed that every man had to answer for himself to the Lord. So he based freedom of religion on the lordship of Christ,” Brunson said. He would be alarmed by the loss of religious liberty in America today, Brunson noted, and would urge believers to speak out about it.

“When the freedom of religion is eroded, every other freedom is eroded as well,” Brunson said.

Hawkins noted that “tolerance” meant something different to Truett than it does to 21st century secularists and pluralists.

“On the Capitol steps he declared, ‘Toleration is a concession, while liberty is a divine right … Toleration is a gift from men, while liberty is a gift from God.’ Today some are using Truett’s vocabulary but with an entirely different dictionary,” Hawkins said. “In his day tolerance meant that we recognized and respected other people’s beliefs and values even when we did not share them. In our culture the word ‘tolerance’ means something entirely different. It now means that everyone’s values, faith claims and lifestyles should be accepted and that all truth claims are to be treated equal. Truett was unapologetic in his insistence upon the exclusivity of Christ in the midst of a nation where he was the strongest defender of religious liberty.”

In his closing words on the Capitol steps, Truett reflected his belief both in the exclusivity of Christ and the importance of religious liberty.

“Selfish ease must be utterly renounced for Christ and His cause and our every gift and grace and power utterly dominated by the dynamic of His Cross,” Truett said. “Standing here today in the shadow of our country’s Capitol, compassed about as we are with so great a cloud of witnesses, let us today renew our pledge to God, and to one another, that we will give our best to church and state.”