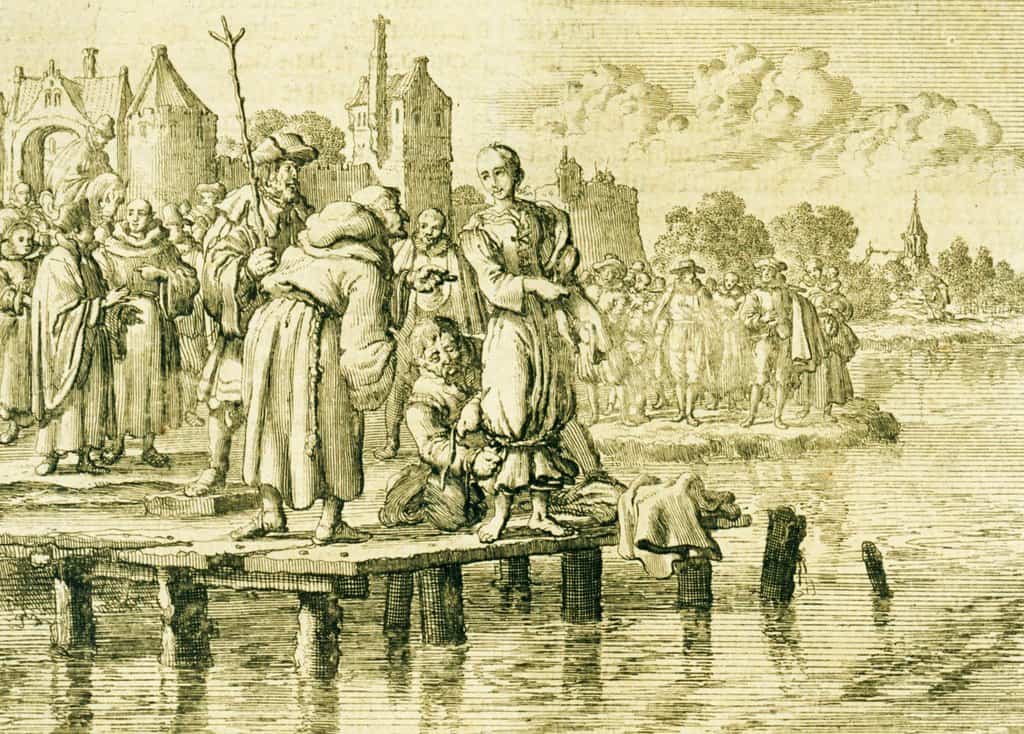 NASHVILLE (BP) – Rising death tolls in Iraq and Syria, where Muslim extremists are killing in the name of their faith, represent a stark contrast to the relative lack of religiously motivated killing among modern Christians – a contrast that seminary professors say is attributable to the principle of religious liberty.

Religious violence declines wherever religious liberty “has been preached and practiced,” Rick Durst, professor of historical theology at Golden Gate Baptist Theological Seminary, told Baptist Press. He added that Baptists have played a significant role in establishing religious liberty as a tenet of modern Christianity.

Baptists “have asserted from the beginning that the gospel does not need government preference, that the conscience is inalienable and what we really need is a free church in a free state,” Durst said.

The history of Christian violence

Christians used to kill with some frequency over matters of doctrine. There was the Spanish Inquisition, Calvin’s Geneva, England’s notorious Bloody Mary, the drowning of Anabaptists, the Crusades and more.

Timothy Paul Jones, a Southern Baptist Theological Seminary faculty member and author of Christian History Made Easy, told BP “it was the intermingling of church authority and civil authority that made it possible for persons who claimed to be Christians to have the state execute others who also professed Christ.”

Civil and church authority first mixed in the early fourth century when the Roman emperor Constantine legalized Christianity and made it the empire’s preferred religion. Perhaps the first case of one Christian executing another occurred in the late fourth century when Emperor Magnus Maximus beheaded an eccentric ascetic named Priscillian.

Donatists – fourth- and fifth-century Christians who held that clergy who renounced their faith under persecution could never administer the sacraments again – claimed that some of their leaders were executed. But no other sources corroborate their account and it may be an embellishment, Jones noted in written comments. Donatists were persecuted and some may have died in prison without being executed.

Durst, who believes Donatists were executed, agreed that the mingling of church and civil government helped turn Christians from a persecuted sect into a power group prone to persecute.

If a state prefers one religion, “you can invoke the state to enforce [the preferred] religion, to actually attempt to force the conscience,” Durst said.

An early form of the Inquisition – a Roman Catholic movement that attempted to purge heretics from the church, at times by execution – began in the 1100s. In the mid-1200s, the Catholic theologian Thomas Aquinas said heretics “deserved not only to be separated from the church but eliminated from the world.”

Jones noted that “in most instances, the church did not actually execute anyone. Instead, church officials declared someone to be a heretic. Then they handed over the offender to civil authorities to be executed.”

While condemning all killing over religious doctrine, Jones wrote that Christians “rarely, if ever, perceived themselves as killing fellow Christians.”

“Whether rightly or wrongly, they saw themselves as killing heretics who had rejected some essential aspect of the church’s faith,” said Jones, who is Southern Seminary’s Gheens Professor of Christian Family Ministry. “Many of those who did the killing as well as those they killed may not actually have been believers in Jesus Christ.”

Still, the Inquisition persisted in various forms for centuries and faithful believers were among those executed. Sixteenth-century Reformers also executed those seen as doctrinally deviant. That included the Anabaptists (European Christians who baptized by immersion) and Michael Servetus (a rival of Calvin who denied the Trinity).

“In 1517 in the Ninety-Five Theses, Martin Luther wrote that ‘the burning of heretics is contrary to the will of the Holy Spirit,’” Jones said. “Later, Luther distinguished between mere heretics and heretics who were publicly blasphemous or caused public unrest. The latter were to be executed by the state, according to Luther, and he saw the Anabaptists as part of that latter category.”

“Religious toleration emerged in post-Reformation Europe as a practical measure when governments were no longer able to enforce religious conformity. When early forms of religious toleration first emerged, it was more a temporary concession for the sake of peace than a permanent solution for the sake of freedom. But this concession eventually developed into an ideal,” Jones said.

Rex Butler, professor of church history and patristics at New Orleans Baptist Theological Seminary, cited 1648 as a key date for the end of doctrinally motivated Christian killing. That was when a series of treaties known as the Peace of Westphalia ended the Thirty Years War. He noted England’s civil war and France’s ongoing religious conflict in the 18th century as factors that led Europeans to seek an end to religious violence.

“In the aftermath of these religious conflicts, religious and philosophical thinkers of the 17th and 18th centuries began to look for different ways to approach religion,” Butler wrote in comments to BP. “As Justo González, author of The Story of Christianity, posed the question: ‘Was there not a more tolerant, more profound, and even more Christian way to serve God … ?’

“The answers varied from the rationalism of the philosophical Age of Enlightenment to the heart Christianity of the Pietists and Revivalists and the separation of church and state in America. Ultimately, over the past three centuries, the modern secular state developed in Europe and America and brought with it another series of challenges for the church and the state,” he said.

Butler added that conflicts between Christians did not totally end in the 1700s. For example, the Spanish Inquisition “was not completely ended until 1834,” and Catholics and Protestants fought in Northern Ireland well into the modern era. “Since the 18th century, however, Christian wars of religion have declined,” he said.

Durst credited 16th-century Anabaptists with pioneering the idea of a free church in a free state. Baptists carried on that idea and brought it to the New World, where they helped codify it in America’s founding documents.

One reason Muslims persist in theologically motivated killing, including conflicts in the Middle East between Sunnis and Shiites, is that Islam does not embrace the separation of church and state, Durst said.

“Islam has always historically embraced ‘sword evangelism,’ that state and mosque are one,” Durst said.

Another contrast between Christianity and Islam is that Christians have apologized for the medieval Crusades, in which Christian armies warred against Muslims, but Muslims largely have not apologized for their religiously motivated killings, Durst said.

Durst cautioned against skeptics’ overblown portrayals of religiously motivated killings. He said non-religious governments like China and the Soviet Union “are millions and millions of violent deaths ahead of anything religion has ever done.”

The brutality of some atheist and Islamic nations should remind believers that religious liberty emerges from Christian theology, Durst said. If America loses its Judeo-Christian foundation, its citizens could lose the freedom to practice their religion, he said.

“The flower of religious liberty blooms out of the hearts of Baptist and Quaker congregations in America,” Durst said. “However, when you take that concept and … put it into governmental documents like the Constitution and the amendments, then that concept is a bit like a cut flower. It’s been cut off from the roots but established as a principle of government. How long do cut flowers stay fresh? That’s what concerns me.”