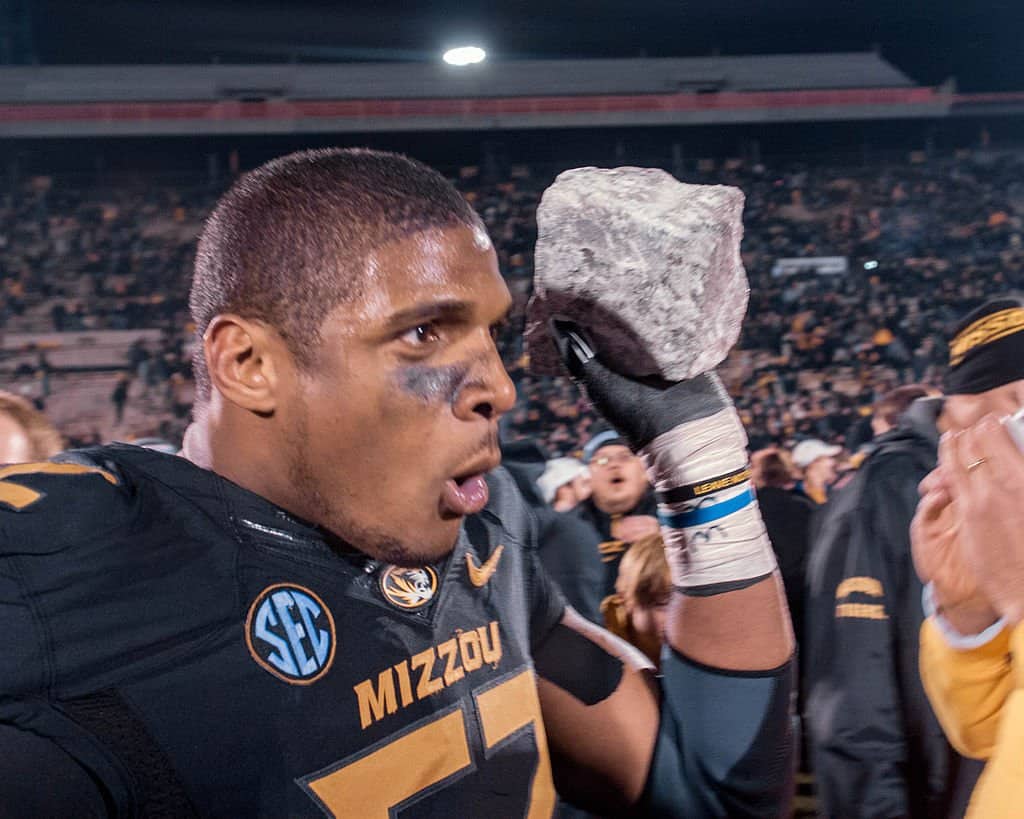 JEFFERSON CITY (BP) – While many journalists and celebrities praised Michael Sam when he was selected in last month’s NFL draft and subsequently kissed his boyfriend on national television, several Southern Baptists commentators took exception to the display.

Sam, who became the first openly gay player to be selected by an NFL team, is a defensive end who played at the University of Missouri and publicly identified himself as a homosexual in February. The St. Louis Rams selected Sam in the seventh round of the draft with the 249th overall pick.

“Michael Sam is a football player who should be given every opportunity to earn a position with the St. Louis Rams,” said Don Hinkle, director of public policy for the Missouri Baptist Convention. “But in the process, ESPN and the National Football League decided to highlight his sexual life rather than his talent on the gridiron.”

After the Rams announced Sam’s selection, he kissed his boyfriend, Vito Cammisano, with ESPN televising and replaying the display. Hinkle said the network’s decision to do that was intended to get the country more comfortable with same-sex relationships.

“This obviously orchestrated event was also intended to undermine the authority of parents, whose innocent children were expecting to see sports highlights but were instead subjected to a partisan, highly charged political statement as much as it was unbiblical behavior,” Hinkle said.

Sam garnered wide accolades for his actions. First Lady Michelle Obama tweeted, “You’re an inspiration to all of us, @MikeSamFootball. We couldn’t be prouder of your courage both on and off the field.” Ellen DeGeneres tweeted, “So proud of the @STLouisRams for showing there’s nothing to be afraid of.”

But Adam Groza, vice president of enrollment and student services at Golden Gate Baptist Theological Seminary in California, said Sam’s actions with his boyfriend demonstrated selfishness and disregard for others. Many evangelicals don’t oppose the kiss because they think it should be illegal, Groza wrote, but “because it reflects a growing incivility among gay activists whereby ‘what can be done’ is mistaken for ‘what should be done.’”

Groza said the display was objectionable and unsportsmanlike because winners should be considerate of losers and avoid excessive celebration, and because Sam is putting his sexuality ahead of his talent on the field.

“Civil and reasoned discourse requires that each side avoid taunting and other forms of poor sportsmanship in the arena of civil discourse,” Groza wrote.

Sam’s status as the first openly homosexual to be selected in the NFL draft has earned him comparisons to Jackie Robinson. But David Prince, pastor of preaching and vision at Ashland Avenue Baptist Church in Lexington, Ky., said that aside from skin color and media buzz, those comparisons fall short.

“Robinson was an unquestionable talent who was named rookie of the year in his first major league baseball season,” Prince, who also teaches at Southern Baptist Theological Seminary, wrote in a commentary published by the SBC Ethics & Religious Liberty Commission. “The only thing that had kept [Robinson] out of the major leagues was his skin color and institutional racism. Sam’s future in the NFL will be decided by whether he is talented enough and not an off-field distraction. Robinson endured hatred and persecution because of his skin color whereas Sam’s homosexuality is a self-identification.”

Bruno Molina, evangelism associate for language and interfaith evangelism for the Southern Baptists of Texas convention, described the Sam incident as further evidence of the hostility some homosexual advocates have for Christians. For Christians asking how they can have peace with those who are often so hateful to their opponents, Molina said they must never repay evil for evil.

“Rather than complain about non-Christians behaving as non-Christians, we would do better to worry about our own holiness and seek to do ‘what is right in the sight of all men,’ ensuring that our behavior is worthy of being associated with the God whom we represent,” Molina wrote.

Some of the Baptist commentators emphasized that in a day when homosexuality is becoming more widely accepted, the gospel remains the only solution.

“Even while Mr. Sam’s public display of sin was flaunted,” Hinkle said, “it does not overcome the truth of God’s Word and the provision He has made for all who will repent and call upon the name of the Lord and be saved.”

Prince likewise used Robinson as an example. Robinson’s Christian faith is what led him to oppose the evil of white supremacy, Prince said, and also the black supremacy of Malcolm X.

“He knew that his opponent was not his enemy but rather his mission,” Price said of Robinson. “The church would do well to follow his example in responding to the gay sexual revolution. After all, victory for us is not the defeat of our cultural opponents but their rescue.”